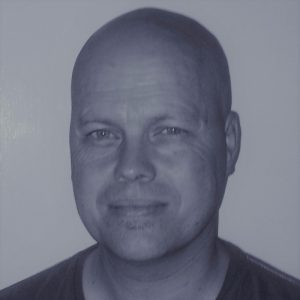 Born and raised the wrong side of the Norfolk/Suffolk border, Gary has City in his DNA. Part of a long line of Canary die-hards, he’s been a Carrow Road regular since the age of six and a season-ticket holder since his injury-plagued, amateur playing days ended. Once a local government accountant, now writes a bit. Ben is MyFootballWriter’s video content producer. In tandem with Connor, the lads are responsible for filming, editing and producing the site’s content for our new YouTube channel. Now a River End regular, Ben started his Norwich City odyssey in 2007 – so is the Max Aarons of the team. 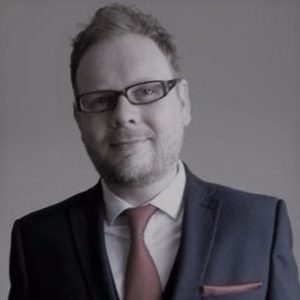 Born in Norwich, Craig has been watching Norwich since 1985, when the joy of winning a cup was quickly followed by crashing back down to earth with relegation. He is a season ticket holder in the Lower Barclay, a music, tech and animal lover, music, comedy, book and poetry creator and self-proclaimed funny man! A bugger when he’s drunk. 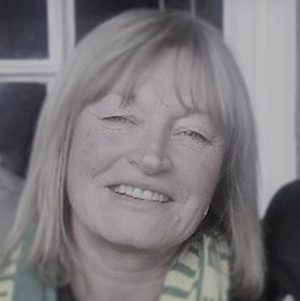 In her own words, an ‘ageing’ City fan, Kathy is a season ticket holder in the Snakepit. She’s also a renowned storm chaser, a wildlife enthusiast and a cricket lover. If they let her, she wants her ashes to be scattered in the Barclay goal. 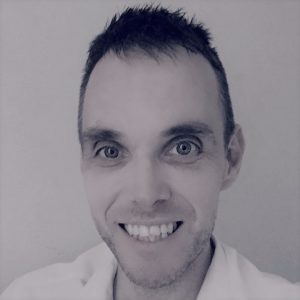 Born in Norwich and indoctrinated into the Yellow Army by his father at the age of 4, Steve now shares that particular rite of passage with his own children. A season ticket holder in the Barclay, proud owner of two shares in Norwich City and occasional ‘commentator’ on Sky Sports, he considers himself a classic example of what could have been.

First Norwich game: 1979 at home to Bolton (we won)
Carrow Road home: Upper Barclay with my dad and son
Favourite all-time player: Hucks
Favourite current player: —
Most memorable City game: Milk Cup semi against ‘them lot’
Favourite away ground: Can I say Wembley? If not, The Emirates
Favourite City manager: Paul Lambert – even though he broke my heart Forever in his dreams an unplayable right-winger putting over tantalising crosses for the likes of Chris Sutton to feed off, Ed has written several books about the Canaries. He also contributes to the club’s matchday programme. Born, like Lord Nelson, in a quiet North Norfolk village he now lives and works in temporary exile near Chichester in West Sussex. He is forever talking about buying a canary but is mindful that one of his numerous cats may eat it. 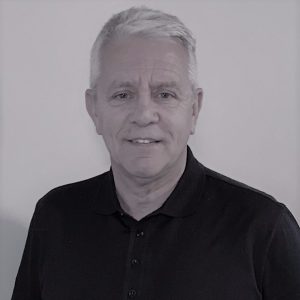 Mick is a retired football writer and broadcaster. He began his career with Eastern Counties Newspapers and was the City correspondent for the EDP during the Bond era. He was sports editor of the London Evening Standard, worked for five national newspapers and a regular contributor to BBC 5 Live, Sky Sports News and talkSPORT. 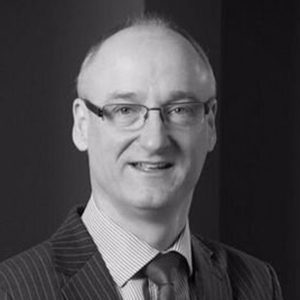 Born afar from “Nelson’s County”, but Norfolk has always been Gary’s considered second home since an early age. Booted and suited from 9 to 5, he is a Chartered Surveyor. A season ticket holder and regular away traveller, he is also Canaries Trust Board member, City shareholder, with a general interest in football governance. 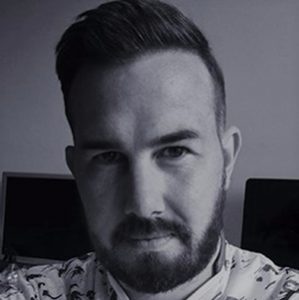 Son of an Ipswich fan, James dodged the ‘darkside’. Now a graphic designer by trade having played, coached, scouted, officiated the beautiful game and hero-worshiped Flecky, Eadie and Holty in his time. A collector of football shirts, he is a season ticket holder in the Lower Barclay and is currently marooned on 68 English league grounds visited. Forced to start going to games at the age of five, Jack begrudgingly never had a choice but to support City. However, despite university and world travels getting in the way of late, he has now been a season ticket holder of 15 years. Jack has a degree in sports journalism and hopes to use it to good effect at some point but is more than happy to write/moan about Norwich City for the time-being.

First Norwich game: A 2-1 win over West Brom in December 1999.
Carrow Road home: The Aviva Community Stand. Great view, not-so-great atmosphere.
Favourite all-time player: Grant Holt
Favourite current player: Ivo Pinto
Most memorable game: 1-0 away win at Portsmouth to see us promoted back to the Prem in 2011
Favourite away ground: Fratton Park, because of the above. I like them old fashioned too
Favourite City manager: Paul Lambert 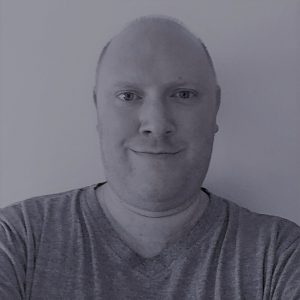 Andy is a season ticket holder and was co-editor and writer of the City fanzine Y’Army. Takes sole credit for Darren Huckerby signing for the club, having written a song about him for the fanzine to the tune of “Candle In The Wind”, which was on Look East and saw Andy and colleagues singing wistfully to Hucks in a pub urging him to stay. Matthew works in marketing, and is usually found deliberating over cost-per-clicks and conversion rates. Having been going to games for over a decade, his inaugural season was the 09/10 League one campaign. Dreams of one day being City’s chairman but couldn’t imagine providing the fans with a better half-time speech. 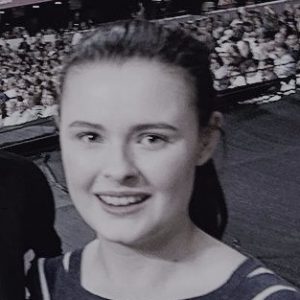 Despite living nearly 200 miles away from the City, Emma had no choice but to support Norwich with some of her earliest memories being of the Canaries on TV or the lengthy car journey’s up to Norfolk. Has a degree in Print Journalism from Nottingham Trent University, and aims to continue in the field of sports journalism while using her love of a good statistic. 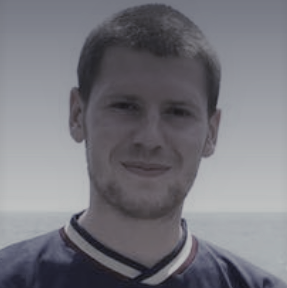 Ex-Durham University History student. Season ticket holder in the Jarrold who attempts to follow the Yellow Army both at home and away. City fan since that glorious 2003/04 season, having watched – and unsuccessfully sought to replicate himself as a centre-half – those brilliant defensive performances of Fleming and Mackay. Young writer with an interest in sport and the media. Born just over the border in North Suffolk, I attended my first City game in March 1982. Many years later, I am an exiled canary living down in Bristol but still coincide family visits with home games. An accountant by trade, I am also a qualified FA Coach and also enjoy writing. In 2012, my book – Hall of Fame Norwich City’s All-Time Greats was published and I have since been a regular writer for the website – It’s Round and It’s White.
First Norwich game: Watford home 4-2 March 1982
Carrow Road home: Either Lower Barclay or the South (Jarrold) Stand
Favourite all-time player(s): No one specific more teams – The 1985-86 and 1988-89 teams stand out fondly for me
Favourite current player: Emi Buendia
Most memorable City game: Bayern Munich home 1-1
Favourite away ground: Ashton Gate (Bristol City)
Favourite City manager: D. Farke Stewart left his native Norfolk for university in Cambridge, then worked in London. He was a director of opinion research firm MORI for 20 years. Carrow Road remains the spiritual home. Life highlights: singing with Pavarotti, watching Norwich in the San Siro, playing with Mick Dennis. But not necessarily in that order. Born into a Cockney family, Martin had to swim against the tide from an early age. His mother was evacuated to Brisley in 1940 and frequent return visits to the Frost family began his affection for NCFC.  Was Sports Editor of the Harlow Gazette, spent three years in the Met, was a Sports sub-editor on The Sun and also wrote for the NME. 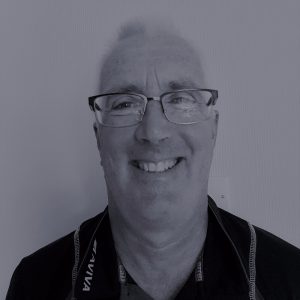 Robin is a true football person. After a career as a striker at clubs like Wisbech Town and King’s Lynn, he managed teams in the Eastern Counties League for 13 seasons before concentrating on his beloved Norwich City. He is chair of the Canaries Trust and an EDP columnist.

A season ticket holder since 2009, Connor has already experienced all the emotions of promotions and relegations. An aspiring sports journalist, Connor can usually be found in a terrace of a football stadium at 3pm every given Saturday. A regular away supporter, he writes a football blog alongside a handful of other football websites. 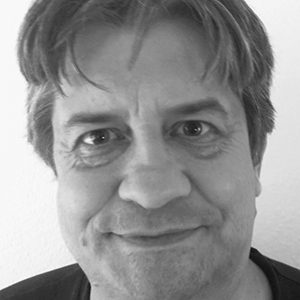 Rick returned to his family’s Norfolk roots when he joined the Evening News in 1992 as a sports reporter. He became the paper’s Norwich City football writer at the start of 1993-94… just in time to follow the Canaries on their epic UEFA Cup adventure. After 13 years with the EN, he left Archant in 2005 to set up MyFootballWriter.com. Born’n’raised by the B1111 with somewhat un-Norfolkian roots, Harry has been following the Canaries for over 20 years. After three years doing something academic at UEA, he’s now based in London working in the film world. Usually found writing, musicking, pubbing, or pretending to be Grant Holt.

Save Percentages from the goalkeepers of TheOther14 after #PL week 24. @Other14The