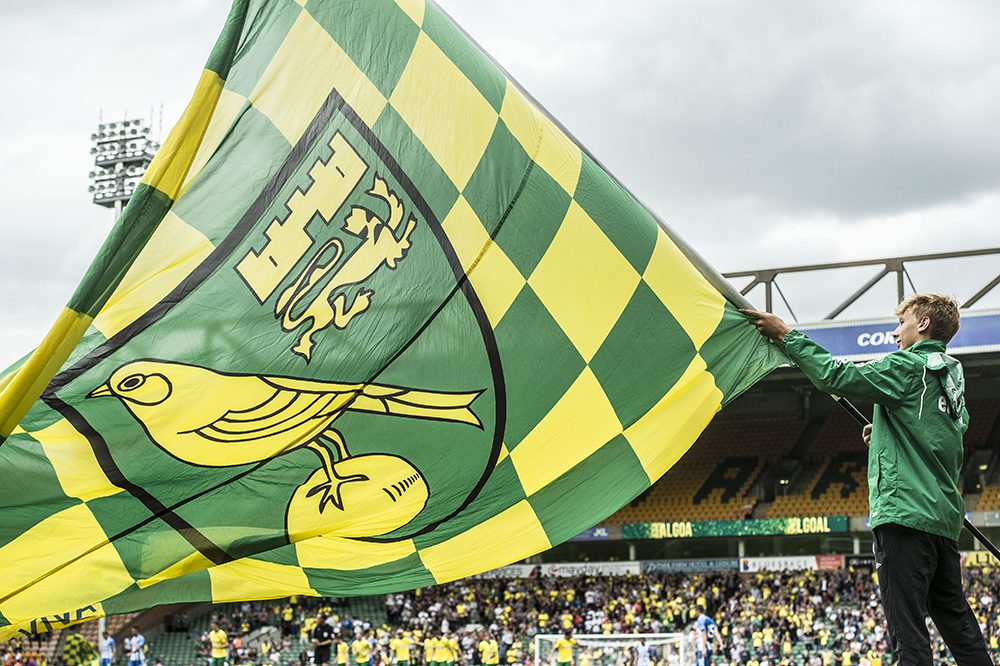 Sport has given rise to many iconic rivalries.

Coe and Ovett; Prost and Senna; Navratilova and Evert; Ali and Frazier.

You could probably add the names of Ronaldo and Messi to that list; their on-going monopoly of the Ballon D’or and individual attempts to be crowned as the ‘best ever’ set within the wider context of Real Madrid’s intense rivalry with Barcelona.

Boca Vs River; Celtic Vs Rangers; Galatasaray Vs Fenherbahce; football’s fiercest rivalries tend to be based on more than location alone and they burn brightest when the stakes are at their highest.

Where Norwich and Ipswich would currently feature on any list is debatable.

The nature of the ‘relationship’ is evidently strong enough to stir an adolescent into ripping down an advert from a billboard and for others to hurl abuse (in 140 characters or less) at complete strangers on social media.

However, the battle for the bragging rights to the ‘Pride of Anglia’ increasingly fails to capture the imagination of many outside of the region.

With the new season just days away, it could be argued that those south of the border are not really rivals at all, depending on your expectations and whether it’s deemed more important to pick up a result against another ‘local’ team or against those which occupy the league places around you.

The majority of Norwich fans are seemingly approaching the new campaign with cautious optimism; a sense of hope rather than genuine expectation of mounting a promotion challenge.

Ipswich fans, facing a 16th consecutive year in the second tier, may already be resigned to extending that spell and might gauge the success of this season on whether they can throw any derby day spanners in our works.

City’s track record of bouncing up and down the divisions in recent years has conjured up a number of temporary rivalries with teams that we’ve battled against to avoid relegation, secure promotion or land transfer targets. Rivalries that have no genuine or lasting basis aside from the fact that the clubs have briefly shared a similar standing in football’s hierarchy and common aims.

The likes of Swansea, Bournemouth, Sunderland, Newcastle, Villa and Middlesbrough have all featured prominently in our thoughts over recent years – clubs that in any other circumstance we wouldn’t really care less about suddenly taking on significance.

So what of this year?

Whose results will we be looking out for? The ones which will provoke the impromptu cheer or groan depending on how it affects our fortunes?

Andy has previously provided MyFootballWriter’s guide to the Championship’s ‘runners and riders’.

Now, we’ve asked him and the rest of the MFW team to go one step further by predicting the top six and bottom three.

What does this tell you?

If last season’s efforts are anything to go by, then probably nothing at all.

Despite the cautious optimism, all of us (apart from Ed), fancy City for a crack at the play-offs at least; Robin, Kathy and Mick foregoing the trip to Wembley in favour of an open-top bus trip past the Castle.

We’re all pretty much resigned to seeing Jonny Howson draped in the ‘going up’ flag, with Middlesbrough the most fancied for automatic promotion.

However, there’s precious little support for the other relegated teams, Hull and Sunderland to make best use of their parachute payments.

In light of Huddersfield’s achievements last season, it will be interesting to see whether other ‘surprise packages’ emerge – Cardiff, Leeds, or Wolves perhaps?

At the other end of the table, most of us see Burton ‘going for a Burton’, with Millwall also fancied to be returned to sender.

But what of our ‘rivals’ – the boys in blue from down the road? It’s generally hard to see past mid-table mediocrity although three of us predict far darker days ahead.

So on to the competition.

In order to crown this season’s predictor champion we’ll be rating our informed views (complete guesses) as follows;

Each prediction will carry a penalty point for every position difference in the final league table. So if you have Middlesbrough top and they actually finish third, that’s two penalty points and so on.

Fewest points overall marks the winner and the website’s Mystic Meg (or Mick).

This season we’d like to open up the challenge to all of our readers so simply leave your top six and bottom three in the comments down below to be added to the table.

Finally as the reigning MFW tipster champion, I can assure you that the glory for winning far exceeds the actual prize, which last year was a bacon roll.

(It was a cracking bacon roll though).

Tickets available on the gate and if you are quick the FREE coach travel still available from @canariestrust @AlongComeNodge its going to be a good one! #ncfc #FACup #womensfacup @VitalityWFACup

Viewers in hysterics as Mike Dean sings his own retirement song in a chicken shop - https://fanbanter.co.uk/viewers-in-hysterics-as-mike-dean-goes-viral-singing-his-own-retirement-song-in-a-chicken-shop/

Just remembered a dream I had last night. #ncfc were losing 3-2 at home to Leeds and equalised in 124th minute!!! Think I’ve been watching too much World Cup

Plenty of content coming your way across the festive period.