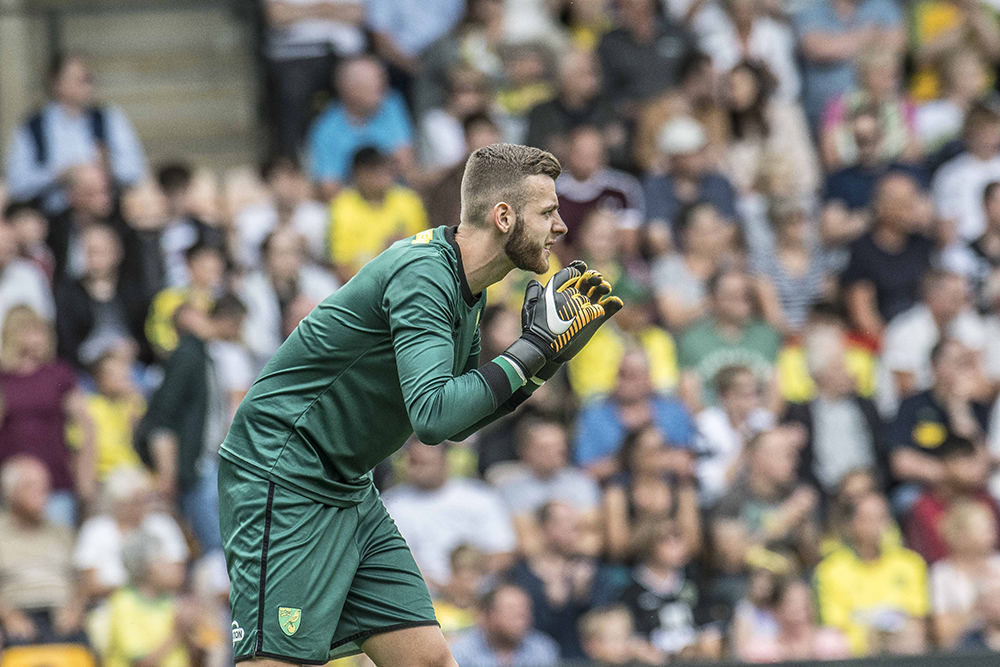 As #NCFC days out at Craven Cottage go I’d say that was right up there wouldn’t you?

We didn’t win of course – that’d be a little too much to ask at Fulham… on opening day… with a new coach… and a new team – but for the Yellow Army to depart SW6 minus a collective scowl was most definitely a result.

That Nelson Oliveira’s goal celebration took centre stage was perhaps understandable but a shame nevertheless, especially given that there were so many more positives to mull over.

Daniel Farke will deal with it. That’s all we need to know.

It was what happened in those few seconds before the ball hit the net that interested me more, with Wes – whose pre-season feels like it has hardly begun – reminding us all with one deft pass exactly why, at 35-years old, he still has a role to play.

How ironic that after a summer upheaval like no other, during which the new brooms have been sweeping through Colney and Carrow Road at breakneck speed, it took a player who’s as old-school as black football boots to conjure up the moment of magic that earned us a point.

Oliveira’s finish was excellent, no question, but it was all about Wesley’s pass. And it was a reminder to anyone expecting his tenth season here to be a celebratory final lap that he remains very much part of what Team Farke is building.

For James Maddison to observe at close hand how Wes was able to influence a game of football in just 14 minutes will, in itself, be an invaluable part of the youngster’s steep learning curve; one that’s being managed very nicely right now.

For their part the new players generally equipped themselves well although those fraught opening 20 minutes will have been a sharp reminder to some that pre-season friendlies and Championship reality are light years apart.

Fulham were extremely bright, sharp, and slick in the opening 45 and to have emerged with only an unfortunate own goal against was a mini-result in itself.

The negatives of playing three at the back were horribly exposed, as they so often are, particularly as neither wing-back is a ‘natural’ in the role. But even if they are a good fit, there are still big, open swathes of grass out wide waiting to be exploited if you’re not dominating the ball.

As an attacking force Yanic Wildschut looked every bit the marauding, pacey, strong-as-an-ox type winger we hoped we’d acquired from Wigan – and gave Ryan Sessegnon a going over at times – but his starting position and one-on-one defending when we didn’t have the ball created problems, not least for Fulham’s goal.

And, to me, on the left flank James Husband looks a ‘steady Eddie’ type full-back who fits organically into a flat back-four but less so into a midfield five. I may be wrong – that’s only based on what little I’ve seen of him – but on the day both he and Wildschut both benefited from the reversion to 4-1-4-1.

Farke’s decision to go to plan B late on in the first half was the right one – it stemmed a tide that had garnered a little too much momentum – and so too was the decision to tweak it again late on when searching for the equaliser.

Throw into that same mix substitutions that had a positive impact on the game’s outcome and I’d say that the head coach’s Championship debut was right up there with the seven that we witnessed on the pitch.

Each of them played their role but the pick of the bunch was Christoph Zimmermann, who in those troubling moments in the first half was literally a colossus in the heart of that defence. While those around him wobbled, he stood firm. So too in fairness did Angus Gunn, whose senior debut could easily have been mistaken for his 300th game.

For someone who arrived as a squad player, possibly third of fourth in the central defensive pecking order, Zimmermann has equipped himself superbly and has so far completely justified that faith of his head coach, for whom he was his captain at Borussia Dortmund II.

Russ may have the armband; it’s Zimmermann who barks the orders and is Farke’s senior lieutenant on the pitch.

Yet talking of Russ, it didn’t take long for the nonsense to start once news had filtered through that Fulham’s goal had been credited as ‘Martin (25’ og)’. I’ll offer the benefit of the doubt to the idiots and assume their knee-jerk over-reactions to have been made without observing the action, but anyone’s who’s ever kicked a ball will know there was absolutely zilch the skipper could have done about it.

Worthy of note also is that on Thursday, Russ was on crutches and only a Friday full of ice baths and a pre-match injection enabled him to take his place in the back-three that the head coach wanted.

He’ll continue to divide opinion but Russell Martin stood up and was counted yesterday and those looking for negatives were merely forced to create some.

I’ll take that all day long.

Hope MFW 3.0 meets with your approval. As you may have noticed, we’re experiencing a few teething problems so please bear with us. Cheers.

Every Attendance of the Weekend – 27th November 2022 - https://fanbanter.co.uk/every-attendance-of-the-weekend-27th-november-2022/

Sibley levels it up with a stunning goal!

We're back underway in Newport!

Can the Rams turn it around? 🤔

What a turn around in the second half. Thoroughly deserved result and progression in the cup🤩👏🏼 #ncfc

Maybe Webber should look at Herdman should he come to a decision that smith is not required?? #ncfc #canada