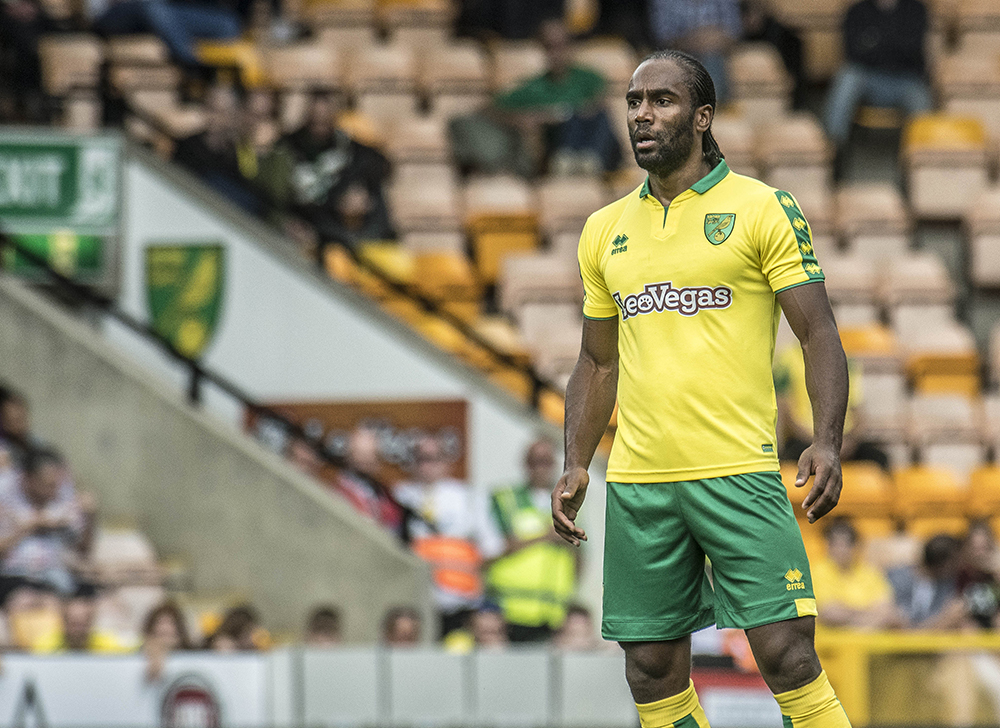 Hallelujah. Football returned on Saturday, and was confirmed by me finding myself with no voice come 5pm – all thanks to a certain Portuguese international.

Few in the Putney End were aware of Nelson Oliveira’s antics and in honesty, I doubt many cared at the time, but on reflection, the exuberance of the ball hitting the back of the net to reward the Canaries was much more relevant at the Cottage than his antics. I wasn’t actually aware of the incident until I returned (eventually) to my coach.

Whether you declare Oliveira’s actions as ethical or not, what is obvious is this is something that has been magnified unbelievably. Something which was on the Richter scale at level two has been amplified to ten by some City supporters, particularly those with a large following and platform to exercise their views.

That said, it was imprudent from Oliveira, it was rash, uncontained and raw. On the flip side, it was passion and, despite not celebrating traditionally, you can’t doubt Oliveira’s desire to play.

I’m not saying Nelson was admirable or respectful in his approach to his obvious objection to Daniel Farke’s team selection, however, his response was the result of a great finish following a majestic pass. If the choice was presented to myself, I would rather Oliveira vent lividly at Farke following a late equaliser as opposed to taking his anger out in an opponent’s face.

Evidently in football, there is a line, and Oliveira was firmly over it in West London. But Farke’s stance on the whole situation has been brilliant and highlights both the respect he has for Oliveira and his capability with the media. I expect a discussion to have happened and a compromise reached.

What his antics have achieved is the lighting of an argument that has been burning since his arrival. Who is better, Cameron Jerome or Nelson Oliveira?

Farke has repeatedly spoken of his commitment to both donning yellow and green. What’s increasingly evident is the fact that both players are part of the shiny new epoch at Carrow Road, and both are contrasting strikers offering different skill sets. As a football club, we are incredibly fortunate to have both.

In a summer that has been notable for a high turnover in personnel, Farke will be delighted at the strength both candidates grant him tactically. Despite many being perplexed over the decision to start Jerome over Oliveira, it’s easy to see why Farke decided to proceed down that line.

What Jerome offers is the relentless pressure he puts on opponents. It’s not just pressing; it’s cutting out passing lines and pestering the opposition into mistakes. I rarely like to applaud players for ‘hard work’, because that should be the norm, but with Jerome, his athleticism and dynamism allows him to work smart, which is integral to his playing style.

The mental side of Jerome’s game is significantly stronger than Oliveira’s and when arriving at a club with the expectation and quality of Fulham, where no team had dominated possession for a year prior to Norwich’s draw, Jerome was better suited thanks to these qualities.

He’s a defensive forward. I know how that sounds. A forward is designed to be creative offensively and aide the team in the final third of the pitch. With a team like Fulham, much like Norwich, their ethos begins as soon as their goalkeeper has the ball; it’s distributed to the defenders and through the thirds. Would Oliveira have provided the pressing and tactical awareness of Jerome?

Probably not, he offers a different skill set; one that equally brilliant but different.

Despite Jerome’s evident weakness of inconsistency when offered goal scoring opportunities, he is usually crucial to the development process of the chance, and despite being profligate, I would argue he offers a lot of the qualities that Grant Holt possessed – particularly away from home.

Furthermore, he offers a reliable and experienced head.

Would Jerome ever get himself into a fracas or commit a two-footed tackle? No, and that’s testament to a guy who has played over 300 Championship games, more than any other City player. His reliability in the system, particularly in a team where a series of players where debuting in England, let alone Norwich, meant he was required in the line-up for continuity and experience.

And his hold up play is better; he relieves pressure when City requires him too, more so than Oliveira.

Tactically, he provides the option to exercise the opponent over their back four with a more direct style. Despite Farke’s religious passing philosophy, with Jerome on the last shoulder, a ball over the top could create a 1v1 situation. Whether or not he’d finish it is another point of debate.

So don’t write Jerome off just yet. He will be pivotal this season, more so than people maybe think. Back up? Absolutely not. A shrewd and experienced operator tailored to certain games. He might be rough round the edges and technically weaker, but Jerome is a great option in this division.

In Oliveira, you get a more eccentric and technically gifted footballer. His statistics speak for themselves; 6 goals in 21 starts last campaign betters Jerome’s record of 16 in 31. What Oliveira guarantees is goals. His movement can make him unplayable if he has technically good midfield players around him.

Oliveira also provides alternate dimensions to Norwich’s play. He can receive the ball in front of the defence and be threatening with a long shot, or in the penalty area and behind the defence as demonstrated on Saturday.

His technical ability surpasses Jerome and that is undeniable, but does he work as smart? Probably not. Off the ball he is passive, but on Saturday he channelled his anger and frustration in a way which made him press defenders and gain Jerome’s qualities.

This is a man who has played with Cristiano Ronaldo and for his country; he might not be as experienced but, goodness me, he’s a hell of a player. Claiming he shouldn’t grace a Norwich team ever again is completely ludicrous.

Also, he’s arguably the most complete Norwich striker of my lifetime, and I was born in 2000.

The huge issue is his temperament, as he displayed again in SW6. In this country and particularly in the lower tiers, centre-backs will provoke strikers so they’re mentally occupied with other factors. Oliveira is prone to more than biting and this is an issue as to how well he can fulfil his role.

On his day, unplayable. On others, a walking red card. It’s a fine line.

I adore both players, the romance and unconventional style of Jerome makes him almost a lovable rogue and his record at this football club should be applauded, alongside his relentless work-rate, professionalism and his intellectuality.

Oliveira is better technically. Absolutely undeniable. Is he the better option? I think so, but away from home against a robust and technically minded team, is he the answer? Probably not.

They are both excellent options to have at this level. And what makes it increasingly pleasing is we didn’t spend £10m on them. A blend of difference and alternative options. Ones flaws are the other’s strengths, and we are lucky to have both of them.

Popped my daughter on the season ticket waiting list on Thursday and she got one today. Absolutely delighted that she now comes and has caught the bug! 💛💚 #ncfc