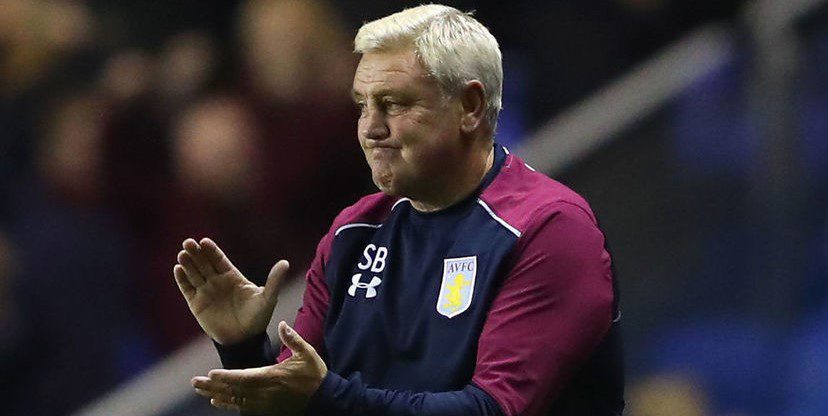 To set us up for the game at Villa, I spoke to Andrew Raeburn.  A Villa fan for 20 years, Andrew is a freelance sports journalist and commentator; among other things, he contributes to BBC Sport Online, West London Sport and WhoScored.

As you’ll see, Andrew does not look at his club through rose-tinted glasses.

[Note: our conversation took place on Wednesday, after Villa’s midweek defeat to Reading but ahead of City’s game with QPR]

I began by suggesting that in an always-unpredictable league, the fortunes of Villa and Norwich were perhaps especially hard to forecast this season.

Andrew: ‘Spot on.  I compare it to the NFL and the idea of ‘any given Sunday’.  Especially in the early stages, you can’t predict any of the results.  Norwich and Villa both have good players but don’t seem to have any consistency, even from one half to another’.

Do we both still have a hangover from relegation?

‘We [Villa] are still in a state of shell-shock from relegation.  It’s different for Villa fans because they remember winning the European Cup and not going down for 30 years.  When we were relegated we had superannuated players of that era; we still have some, like Gabby Agbonlahor who’s played under 14 different Villa managers’.

The feeling about Steve Bruce?  He has a good record of winning promotion from the Championship, doesn’t he?

‘The problem with Steve Bruce is that he lives in the past.  He turned Hull into the Spurs team of a few seasons earlier.  He only has a good record in the Championship because he keeps getting relegated back there.  The feeling is the job may be too big for him’.

Did Paul Lambert make a mistake in going to Villa?  It seems the fans didn’t warm to him.

‘Looking back, I think Lambert was the best of a very bad bunch.  He did slightly better in good times than you might have expected.  Undoubtedly the allure of Villa for him was the name’.

You now have John Terry….

‘Yes [long pause]. Villa fans have generally welcomed JT.  The concern is whether his legs have gone.  Is he a good signing a couple of years too late?  He may be valuable as an organizer – but if you need JT organizing you at the back, maybe there’s something wrong with the rest of your defenders’.

Fans of both Villa and Norwich have high expectations.  Which set do you think will have more patience?

‘Norwich for certain, because you’re building a new start.  Over the summer you’ve had huge change; fans know you’ve got to give it time.

‘Villa still have major problems.  The good ship Aston Villa has a great big hole in it and is still shipping water; a change of manager alone won’t fix that.  We almost belong to a different era: the ultimate analogue club in a digital age.  The MySpace to Wolves’ Snapchat; the Limewire to Fulham’s Spotify; more Billy Ray Cyrus than Miley Cyrus.

‘If you’re Newcastle, you can take the gamble of keeping a big-money squad – but even then you have to make the bounce-back pretty quickly.  Things can always get worse – as you know – before they get better’.

So, a prediction for Saturday?

‘Not sure. Villa do have good players, but some key ones are injured:  Jonathan Kodija, Jack Grealish, Mile Jedinak.

‘If I were Villa, I’d be trying to make Norwich’s new centre halves’ lives difficult’.

You’re trying to avoid making a prediction, aren’t you?

‘Yes!  We have a pretty good record against Norwich, but I’d almost take a draw.  Who knows?’

@Gary_Gowers
2) After the sheer delights of last season!Where we blew most teams off the pitch,come to what we saw yesterday was Unbelievable😠Why when spending on 2 of the most exciting wingers for this season?&not played?
Also having two really good players who…
#NCFC #ncfc

"Ignore the Noise" was always a mantra I've never liked...