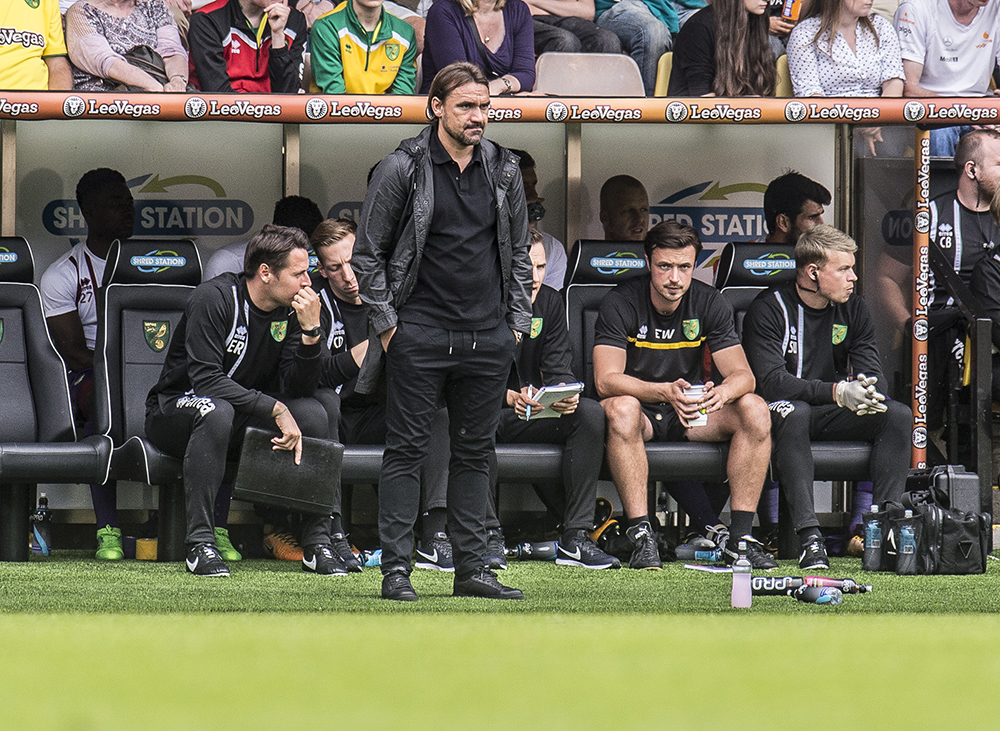 Like countless others, I travel countless miles away from home to witness thumping upon thumping. I haven’t seen Norwich win on the road since Nottingham Forest in 2016.

The humiliations test your devotion; sometimes they even make you question your sanity. My sister’s ears take a bashing regularly as I rant over the disparity of what I have witnessed. When we drew at Rotherham, it took me two hours before I spoke.

This love is often disregarded and rubbished by non-footballing fans who suggest a more cultured hobby, but nothing gives me a thrill like boarding a bright orange coach to visit to obscure places of the country.

What I adore so much about this club is the breadth and depth of its demographic. Generations grace the terraces, all with individual stories, but with one overriding similarity: an unconditional love for Norwich City.

Another similarity is the need to buy into this new regime.

I’m proud to associate with a club that is fan owned and has arguably the most inclusive, supportive and switched-on fan base around. However, like every club, there are a few who seem dead set on changing that image by spouting nonsense.

Not everybody is a football expert, and I definitely don’t claim to be, but calling for the head of a manager (or coach) four games in is quite frankly ridiculous. Fortunately, this is a minute minority.

When we win we’re going to win the league; when we don’t we’re going down. There is no middle ground and that’s incredibly frustrating yet predictable – and understandable.

Nothing beats that elation of winning. The pure pandemonium of when the ball hits the back of the net. And nothing hurts more than the deflation of a defeat.

Following the mauling received by a winless Aston Villa, fans have let forth anger, frustration and criticism on all corners of the playing and management, and quite rightly too.

I could type 800+ words about the need for patience and time, but quite simply if the players aren’t going to turn up for 45 minutes, then those aforementioned qualities aren’t going to be in evidence. This entire football club needs an education but also a reality check.

This is a new team, a new era consisting of several new and unrehearsed components. Players who have entered a new country and culture. Adaptation is going to happen. Norwich have all the ingredients for a  Mary Berry cake, but are yet to produce that final product. And do you know what? That’s okay.

People seem keen to criticise. Again, that’s fine. People are permissible to respond to games, results and decisions in whichever way they perceive right, but context is still needed.

Cast your minds back to last season. Norwich sprinted out of the blocks like Usain Bolt, destroying all competition in their path, maybe not in an attractive or destructive manner, but they were winning games. But much like Bolt they pulled up early.

Prior to that infamous self-implosion at St James Park, Norwich sat top of this division. We finished eighth. This slow start is a side effect of a high turnover of squad and a team still gelling with each other.

Expectation is good, and dreaming is imperative; it’s all part of the make-up of being a football supporter. But no team have ever adjusted to a new philosophy effortlessly, and teething problems were inevitable. David Wagner had half a season to implement his philosophy on Huddersfield.

But what comes with expectation is pressure and impatience. I understand the desire for this club to thrive and prosper, believe me – nobody wants this club in the Premier League more than myself. However, the reality is, this is a marathon, and one which will almost definitely continue beyond this campaign. Dream yes, but contextualise too. Four games in, there are ten months to go.

You may wish to rationalise or theorise about why Norwich haven’t entered top gear sooner but the fact is there have been reasons to be cheerful, and that in itself is a positive.  Trust is needed, along with the obvious calls for patience and time. There must be a genuine belief that the hierarchy of the club have a clear plan of how to get Norwich back to the rags and riches of the Premier League.  You only have to read Mick Dennis’ article on the owners to know there is a plan.

I’m not criticising supporters, nor am I ‘happy clapping’.

I’m simply asking for calm and a shift of thinking. Vendettas against the same players have continued, message-boards are flooded with negativity following a defeat and radio phone-ins seem as disillusioned as ever. We are all better as one, and whilst I accept this is an impossible task, we have to attempt to create an overriding feeling of positivity.

Yet booing at home in the debut game of the campaign is moronic and belittling chances of victory on release of a team-sheet is equally depressing. This was supposed to be a brand new era, wasn’t it?

Yet the fractures are still evident, and that’s also true of City’s fragmented defence.

Supporters can dream but this frenetic league will see Norwich defeat impressive opponents and fall on the sword to teams that less adroit. This is a project and, whilst I understand watching a team grow and develop is time consuming and difficult to grasp, it can be rewarding.

Lambert’s teams of 2009 through to 2012 powered through the leagues and were my greatest years of supporting this club. What was achieved was something we won’t see for a while, if ever. But this gelling period is natural and expected. I know it’s uncomfortable and perplexing but go with it, give it 15-20 games and revaluate.

’m sure it’ll all be okay. The ingredients are on the table.

I understand as a fan base we’ve felt disconnect and are sceptical of change is natural, but this could be a prosperous period. Criticism of defeat is justified but time is required. This is the beginning of a very gruelling and harsh journey, but once you’ve boarded the rollercoaster, you might as well ride it.

Part of me wishes we’d of received a setback in pre-season.