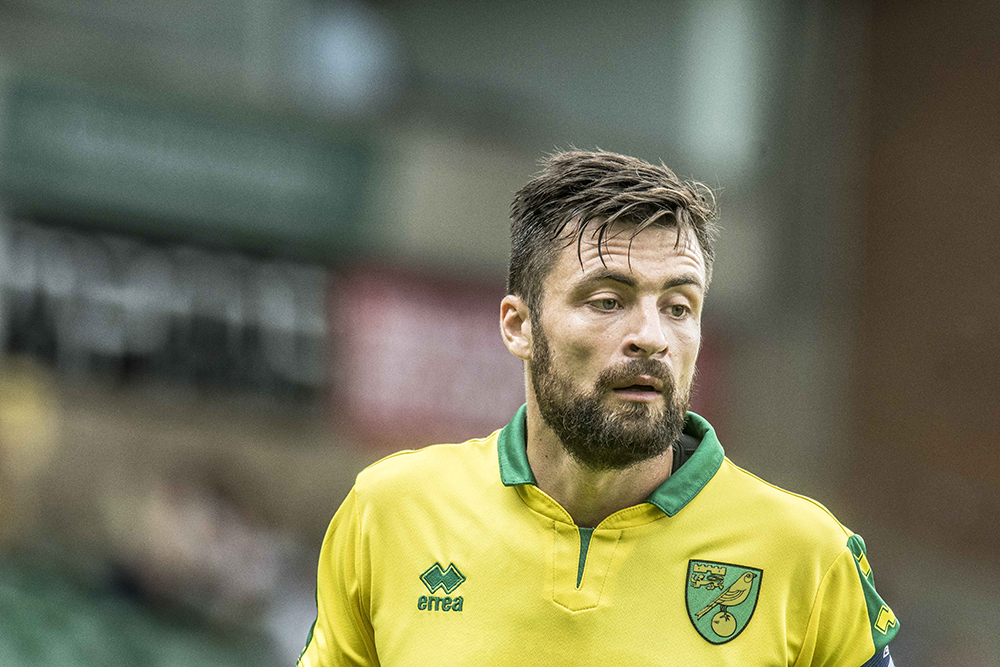 The time was 05:30, the Norfolk sun was rising, and I was sat in my local watching Floyd Mayweather masterfully dismantle a spirited boxing debut by Conor McGregor.

Despite the Irishman’s rapid deterioration of energy following his opening six-minute assault, it was an entertaining contest. Both landed punches. McGregor so boldly almost lasted the distance. Mayweather prowled around the ring like a menace, resembling a hungry vulture sensing the imminence of his impending prey. Contrary to my initial predictions, the spectacle was something worth waking up for.

Watching McGregor as the fight went on, however, and I could not help but draw some alarming comparisons between the tenacious UFC fighter and one of Norwich City’s latest recruits: Stuart Webber.

Both characters possess charisma, speaking with great eloquence and fostering a sense of cogence and trust. Both have been tasked with jobs of vast magnitude and huge responsibility over recent months. Both have captured the hearts and minds of their desired audiences through their diligent use of public communication and social media. And both, regrettably, have fundamentally failed to deliver and let their respective fans so acutely down.

While McGregor promised us a swift and seismic knockout in Las Vegas, Webber assured us of a less lurid but ultimately more long-term proposition; the prospect of a dynamic, youthful and hungry City side capable of effectively challenging for a place at the Championship summit. For McGregor, his task proved insurmountable owing to the timeless brilliance of one of boxing’s greats. For Webber, this season’s testimony has to date rendered his attempts to rebuild this fragmented Norwich side equally unsuccessful.

People call for patience. People call for long-termism. People call for perseverance in the face of adversity, as City seek to overcome some early-season obstacles. Nonsense. As a paying and travelling supporter who has just witnessed a back four more vulnerable than McGregor’s own defences ship a woeful eight goals in two successive away games, these ostensible notions of patience and optimism are as naïve as they are futile.

City were feckless at The Den on Saturday, once again appearing lateral and void of ideas on the ball and succumbing to the usual softness at the back. On the subject of patience and optimism, I sympathise with the view that we can look both aesthetic and dangerous going forward. But too often this new body of players are too slow and laboured in possession, too static off the ball and simply unable of finding a way to break down compact and well-organised defences.

This aspect of Farke’s footballing ‘philosophy’ – an over-used word that is increasingly meaning nothing to me if it remains incapable of producing results – may, admittedly, take time. City’s possession-based football may eventually gel and culminate in an energetic style of play that could lead to devastating consequences for opposition defences. In its current form, however, it remains nothing other than an uncreative means of retaining the ball with a worrying absence of any real ambition of slicing through and getting in behind our opponents.

Mario Vrancic is too one-paced, failing to equip himself with the tools to compete in midfield battles and instead seeming content with playing the occasional thirty-yard ball to pick out an advancing James Husband or Ivo Pinto. Harrison Reed and James Maddison have shown considerable signs of creativity and have palpable potential to develop into innovative midfielders, but again find it too difficult to effect the requisite flair to facilitate opportunity. This – granted – may also be a product of the lack of movement in front of them.

Despite the ubiquity of sideways possession and a failure to generate much when on the ball – a sense of concerning continuity that was also an inherent feature of the Alex Neil era away from home – I am willing to accept that Farke’s City going forward may require time to blossom into the slick attacking mechanism we all want it to become.

But then there’s the defence. That soft, brittle and so frequently feeble defence that appears fundamentally unfit for Championship purpose. The Russell Martin saga is well-documented and one that warrants little more analysis owing to his serial inability to spot and thwart danger. Marcel Franke has shown few signs of promise and the ability to grow into a strong, dependable and commanding centre-half. Other than a terrific first outing at Craven Cottage, fans’ favourite Christoph Zimmerman has been equally culpable, most notably during his horror-show in the midlands last weekend.

But let’s forget individual analysis. Let’s forget the relentless vilification of Martin and the frequent – and often-unwarranted – lambasting of James Husband. This group are incapable of defending as a collection, lacking the cohesion and sense of solidity required to deal with the physicality of our opponents and even the most rudimentary of tactics. Work in progress? Rubbish.

That first half at The Den was rudderless, being characterised by a series of conspicuous failures to deal with Millwall’s direct approach rather than the promised dependability that we all so desperately desired. While City on the ball have shown relative signs of potency and the ability to develop, this defence has represented the antithesis of such values, remaining the frail, puny and ultimately inept outfit we became so accustomed to during last season’s underwhelming campaign.

In the one area that required such urgent and large-scale addressing, Webber and Farke have failed to deliver. In Franke and Zimmerman, I see no reason to be patient and anticipate any signs of incremental improvement. In Martin, I see a defender whose sell-by date expired long ago and one who possesses no place in this new project.

The aforementioned three look so visibly bewildered, continually appearing out of their depth and chronically unable to instil any form of confidence into the minds of the travelling faithful. Without changes of personnel – it is too soon to know if Lincoln’s Sean Raggett will be capable of amending such a critical situation – I fail to gage any reason to be in any way optimistic about our ability to stop conceding goals.

Fans are divided. I respect those who laudably call for patience, accepting that project Farke may take time to gel and culminate into the polished and efficacious final article we were all promised this May. I hope they are correct. However, on what I have seen in the past fortnight, that patience may need to be transformed into a far more long-term sense of hope and expectation, a sense of belief that we may have to accept will not come to fruition for at least a couple of seasons and until this new recruitment policy delivers the two reliable centre-halves we so urgently require.

I like both Daniel Farke and Stuart Webber. I praise their progressive and ambitious approach, their fervent desire to take this club forward and develop it into a viable top flight outfit that is genuinely capable of staying there. However, it is with regret that conceding twelve wholly avoidable goals in a thoroughly sobering five games has served to swiftly extinguish that vehement degree of optimism I had experienced during the summer months.

We cannot fall so off the pace this early on. We cannot continue to abjectly surrender and lose games in such a soft and feeble manner. If such capitulations continue, Webber and Farke must be held accountable.

I hope my McGregor comparison ceases to exist. However, on what we have seen so far, we have been let down.