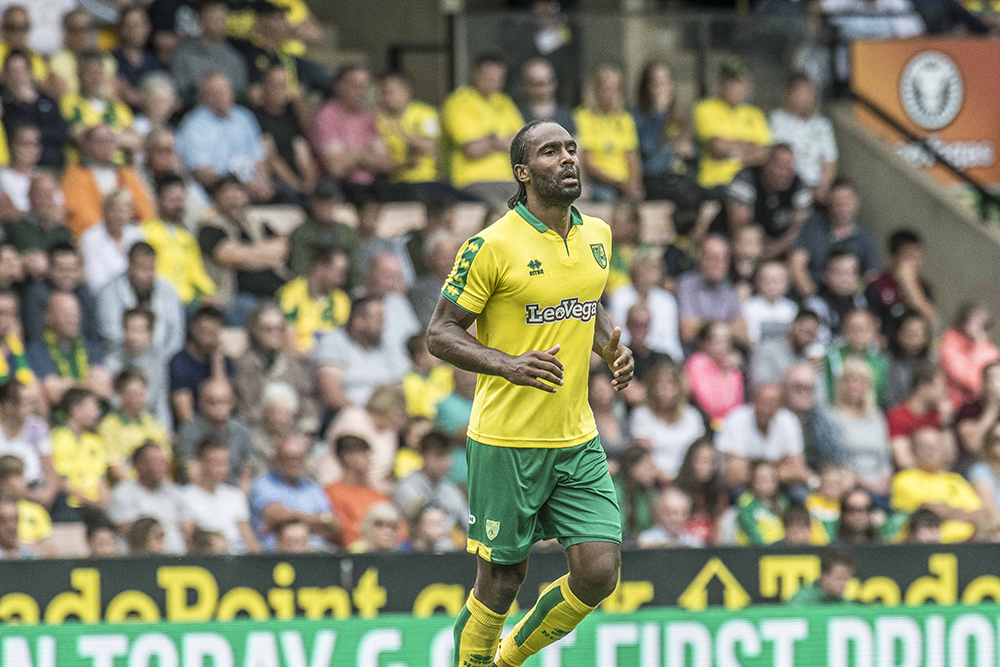 Sky Sports News report that West Ham Manager Slaven Bilic has been given 48 minutes to save his job. Under-fire Crystal Palace boss De Boer is immediately installed as the odds-on favourite to replace the Serb on Sky Bet.

At Colney, Norwich Head Coach Daniel Farke asks Sporting Director Stuart Webber if the club are going to make any more signings. He’s disappointed with the answer but decides ‘not to go too deep into it’.

Riyad Mahrez boards a private plane at East Midlands Airport. “Where to?” asks the pilot.

Sky sources understand that Derby County have had a bid accepted for Norwich striker Cameron Jerome.

The Yellow Army reacts – “Club’s a joke. Jerome is a 20+ goal a season striker at this level”.

Norfolk Constabulary cordon off area between Carrow Bridge and Koblenz Avenue and confirm that anybody seen publically simulating a sexual act or brandishing an adult toy will be liable for prosecution.

Piers Morgan implodes up his own backside in reaction to Arsenal selling another under-performing player who doesn’t want to be at the club and who could leave on a free transfer in 9 months’ time anyway.

A photo appears on Facebook of someone with a passing resemblance to Cameron Jerome eating a Ginsters pasty outside the petrol station at Guyhirn on the A47.

It goes viral (the photo, not the pasty).

First confirmed #ncfc pun of the day on social media with news that ‘City will sign FarkenNobody’.

43 paparazzi photographers with lenses trained on the Range Rover outside of ‘Arry Redknapp’s house, await any sign of movement from within.

The signing of Nahki Wells to Burnley brings Premier League spending to over £58 billion.

Redknapp finally gives the media its money shot by pulling over to address the assembled reporters from the seat of his Range Rover; “The lad Gunn is one we’re looking at but we’re a long way from that one so it looks unlikely. I’m more hopeful on Niko and Crouchy”, he confirms.

Reports surface of Nelson Oliveira’s agent, walking the streets of Swansea holding up a shirt up and pointing at his client’s name on the back whilst shouting angrily at anyone who passes by.

The Yellow Army reacts – “Club’s a joke. Nelson is a 40+ goal a season striker at this level”.

Cameron Jerome drives towards Derby at some speed but completely misses the turning.

Paris St Germain lodge a £125 million bid for Jonny Evans. Jim White’s reaction to the ‘news’ becomes a staple part of every ‘Football’s funniest moments’ programme until the year 2035 (2045 on Dave).

Riyad Mahrez’s plane touches down in London where he’s greeted by Peter Odemwingie.

Chris Hughton bemoans the lack of signings at newly promoted Brighton. “We certainly know that it’s a difficult period to do business in and when you look at what you’re up against and some of the fees involved it’s certainly a challenge but one that we’re very much pleased to be part of.”

Jamie Cureton becomes Billericay’s record signing at the age of 52.

Redknapp confirms that the Gunn he was trying to sign for Birmingham was not Angus but Bryan who “still has a lot to offer”. However he states that he has been unable to make contact with the former Norwich stopper.

Waiting times at A&E at the N&N hospital increase past the 4 hour mark due to an influx of thumb strain injuries caused by refreshing of social media.

Nelson Oliveira scores for Portugal. His agent immediately charters a flight to Paris.

Bryan Gunn decides to move his phone contract from previous sponsor Digital Phone Company to something with more reliable coverage and signal.

Nothing much happens but Jim White continues to shout at the camera whilst Joleon Lescott adds insights such as “that would be an interesting move if it came off Jim.”

Police confirm that two men have been arrested on Carrow Bridge for public disorder. A purple weapon is confiscated at the scene.

The Yellow Army reacts – “Club’s a joke. Jerome is a donkey at this level and we should have got rid”

Sky’s man at Old Trafford gets permission to call it a night and goes for a kebab.

Dave, from Hellesdon, who has been waiting patiently for the arrival of flight FK-0FF from Basel at Norwich International airport finally accepts that the last ten hours of his life have been a complete waste of time and goes home.

Stoke sign someone. Even Jim White can’t feign any enthusiasm.