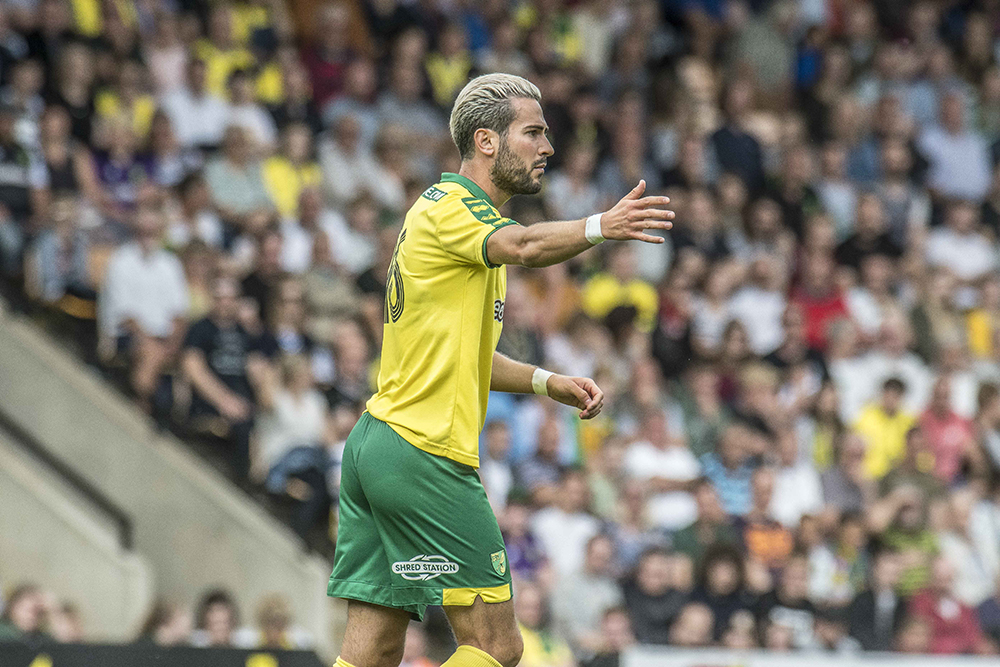 After an atrocious result against Millwall – something I wasn’t expecting – there’s no doubt been a little soul-searching over whether this new ethos and regime is right. I suspect that includes Daniel Farke, Stuart Webber and even Delia & Michael.

In terms of off the pitch, under the existing owners I don’t think we have a choice; it’s about finding a sustainable philosophy that allows us to compete against those with greater funds and without TV money. A reality we were always going to have to face at some stage.

On the pitch however we’ve seen a lot of changes in personnel and in style. We all know that the result of this will mean that the first ten games, minimum, will be needed to find our feet. It may take even longer to bed in properly, it may take a couple of seasons, but it does feel that some of the problems could be solved by returning to basics.

Our defence has been lambasted over the first few games, many screaming for new centre-backs to be purchased, others booing our captain. The criticism is perfectly understandable – there have been many mistakes by defenders – and as a result Grant Hanley has come in. A move I welcome.

But I don’t think it’s that simple. The defenders are far from alone in making mistakes.

Teams defend as, well… you know, a team. Last season I felt that our midfielders were mostly good on the ball and going forward, but too lightweight and attack minded, Tettey and Mulumbu aside. The reality is we’ve not addressed that as yet and, in fact, have got more lightweight and more attack minded.

Take the last two away games for example, at Aston Villa the line-up was:

Gunn – a young player in his first season at first team level.

Martin – a senior player and all round nice guy who’s great to have around, but perhaps not in the team as he’s been declining for two or three seasons after over-achieving with the team under Lambert.

Zimmermann – a young player in his first season in English football and indeed first-team football.

Franke – a young player in his first season in English football.

Husband (Substituted for Wildschut at 86 minutes) – a young player in his first full season in the Championship.

Reed – a young player in his first season at first-team level.

Stiepermann – a player in his first season in English football.

Naismith (Substituted for Hoolahan at 73 minutes) – a senior player that’s struggled with form since joining us.

Vrancic – a player in his first season in English football.

Murphy – a young player looking to make his mark.

Jerome (Substituted for Oliveira at 74 minutes) – a seasoned campaigner.

Martin (Substituted for Zimmermann at 59 minutes) – see above.

Reed (Substituted for Stiepermann at 59 minutes) – see above.

Maddison (Substituted for Tettey at 75 minutes) – a young player looking to make his mark in his first season at this level.

Two things strike me about those two line-ups. Firstly, the lack of experience of football in the league we’re now in, which means they will make mistakes and need time to adjust/learn and secondly, just how attacking and lightweight they are.

Every successful team has a player (sometimes more) that can win the ball back and protect the back line. We’ve tried to use Harrison Reed in this position, but defensively he still has a lot to learn; his stature also means that he will get beaten in the air and knocked off the ball on occasion.

He’s a brilliant prospect and great on the ball as a deep-lying playmaker but as the only defence-minded player in midfield, and still being very forward thinking, the protection our back line gets is next to zero off the ball. He also is often dragged out of position leaving a big hole just in front of the defence.

Look at the rest of the nidfield – at Villa it was Stiepermann, who looks a good all-rounder but needs time to adapt, Naismith, who is a forward now playing in centre midfield, Vrancic, who is great on the ball but attack-minded and needs time to adapt to the English game and Murphy, who just wants to beat players and assist/score goals (and that’s what I want him doing).

For the Millwall game it was Hoolahan, very much an attacking midfielder and slight of frame, Maddison, again a very attack minded player and then Vrancic and Murphy again.

In my opinion it’s this that needs to change. We need players and/or a system that protects the back line far better than we have so far this season or it will not matter who plays in defence. They’ll be simply overloaded (see Arsenal for a great example – and there are other ‘niceness’ and comfort comparisons there with the Gooners too).

It’s also striking that in the only league game we’ve won we didn’t have the most of possession and we didn’t have Martin playing at centre back. Just saying.

Perhaps we’re trying to run before we can walk with the new philosophy and need to go back to basics for a while to help it bed in. We also need to ensure that we have a plan B in terms of style, not just formation.

A midfield three of Tettey, Reed and Trybull with Pinto and Stiepermann out wide feels a lot more solid to me. Three centre backs of Zimmermann Hanley and Klose also feels good. That would allow for Hoolahan and Oliviera up front, Murphy could then come on from the bench when defences are tired – not something they’d enjoy.

We could also try a 3-2-4-1 with Reed and one other, Tettey away, Stiepermann at home perhaps and bring Murphy in.

Ideally, I would have liked to see another defensive midfielder with Championship experience come in, but would also like to see maybe Naismith moved – although he played his part in getting the Hanley deal over the line I’m sure.

The defenders themselves have made mistakes, undoubtedly, but that’s all too easy to do when there’s little protection in front of you.

One thing I am certain about however is that Daniel Farke knows more about this all than any of us, so I’m content to give him the time to sort it out. That may take a couple of seasons though.

Until then it’s going to get bumpy.