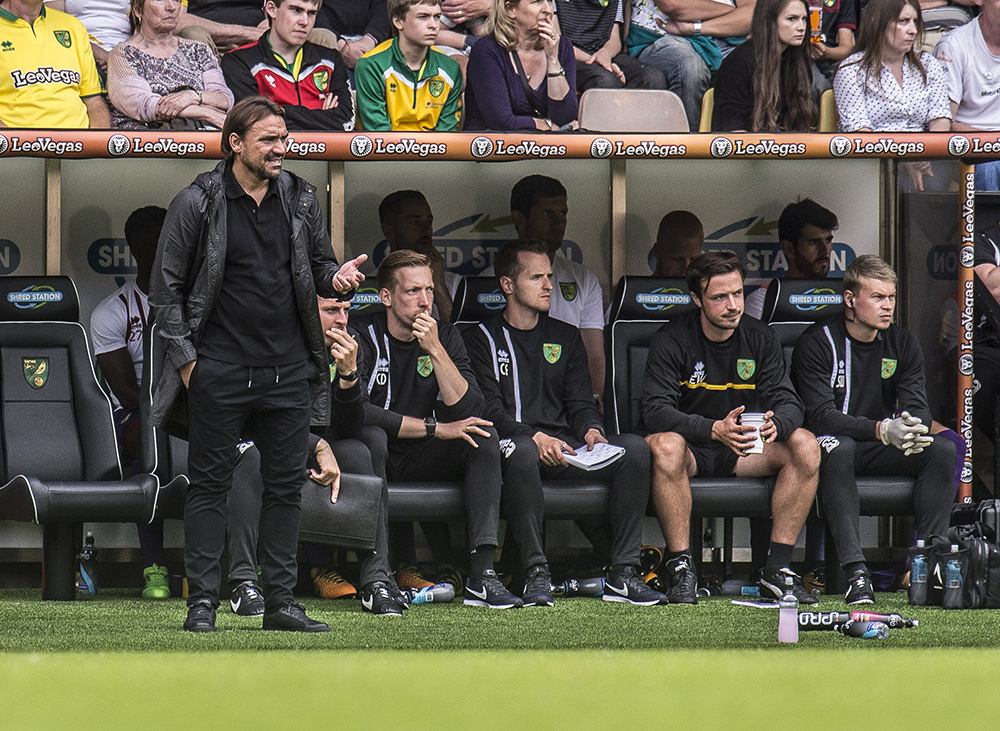 So much has been written and spoken about this seemingly miraculous upturn in fortunes for City.

From the relegation zone to the outskirts of the playoff places in a month; if anybody needed evidence of how crazy this division is there is your verification. Whilst people will unpredictably pinpoint praise for particular players, this dramatic upturn in fortunes is built from a substructure of graft and excellent team ethic.

This was personified when Norwich overcame a Middleborough side with plenty of weapons in their arsenal, and confronted this bombardment with defensive solidarity, togetherness and vigour.

The Reading encounter provided proof that this Norwich side had the capability to be two-faced. Even when mistakes where staring them in the face, those donning the yellow and green dug deep to discover a winning mentality assembled by an adept head coach.

It’s worth recollecting that is a Canaries side without Nelson Oliveira operating at full fitness and with the exquisite Alex Pritchard still being a victim of a grueling encounter at Cambridge. Cambridge has always been renowned for punting, but I never thought that involved knees.

After Millwall, it was hard to find any sort of sunshine in a performance that symbolised the last year in the universe of Norwich City. A positive start, a simple goal conceded and implosion ensued. Many supporters questioned their energy levels as Norwich resembled leeches, sucking up any inch of hope, energy and belief that was held by supporters.

Webber has instilled this winning mentality from the summit of his executive box. This isn’t a man looking to be a puppeteer and assemble the club in a direction which he doesn’t believe. This is a genuinely and profoundly intellectual individual who can see the potential within this club.

It would have been fairly elementary for Webber to install Alan Irvine as manager and for City to continue on a road of quiescence, where they would have become firm acquaintances with the medial of the Championship table. He opted for a braver and bolder choice.

This wasn’t a carbon copy of his Huddersfield success, this was a well measured and well-rehearsed recruitment strategy which ranged from Paul Heckingbottom to Daniel Farke. From Lincoln to Berlin, before Webber conjured a shortlist and narrowed this down. The rest, as they say, is history.

What is perhaps more interesting is the fact Norwich invited Webber for a ‘job interview’ in bleaker times. As for Farke, to leave a job in which he was respected immensely and to migrate from his motherland was bold and brave.

Whilst language has never been an obstacle, the difference in culture resulted in a learning curve. The forecast is now much brighter, dreamers are beginning to dream that the unfathomable could be achieved this season.

The spotlight has shined, deservedly, on the team’s defensive armoury, but Norwich’s clinical and ruthless finishing, no less from James Maddison, shouldn’t be discounted.

Even without the proficiency and dexterity of Oliveira, Norwich have scored goals from every thinkable angle, distance and height in 2017. If any side should have the ability to score at will, it’s Norwich.

Question marks remain firmly in place at whether City can emulate this astounding away record on their own patch, but if this is attained, then the sky is the limit for Farke and his men.

Anybody who knows me will tell you of my deep devotion for central midfield players. The game is won and lost in the middle phase of the pitch. ind It’s where the majority of the battle is played out.

Tom Trybull is repeatedly ensuring supporters, pundits and writers delve deeper into their thesauruses in search of new superlatives regularly. The man has been a complete revelation. Industrious, technical but with the bite of steel which underlays these outstanding qualities. A terrier. A man who will run effortlessly, control and often dictate the tempo of the game.

He is class personified, and Webber spoke intelligently regarding his future endeavors. This is a man who has played a month of Championship football; if maintained, Trybull will be rewarded with numerous accolades to accommodate a better and longer contract.

That said, if Trybull warrants a rating out of ten, his squad number provides the answer. He is a joy to witness as he epitomises the hard work of this Norwich side. Just put a football in front of him and he becomes an altogether different specimen.

To angle this back to the head coach, there is still skepticism, Norwich have now experienced both sides under Farke’s short reign. The good and the ugly.  A win per cent of 57, a mouthwatering cup tie and the small matter of an East Anglian Derby to grapple with. If Farke wants to establish himself as a crowd favourite and build from his foundations laid down this month, October needs to be a continuation of September.

This is a tactically astute and versatile head coach. Farke flicks from formation to formation like a teen on a Spotify playlist, but his City side have been halted just before the crescendo. Now the orchestrator will be demanding Norwich’s choir maintain full voice with the visits of Hull and Derby, whilst negotiating a potentially troublesome tie against the Tractor Boys.

So far, so good for Farke, but he still has it all to do.