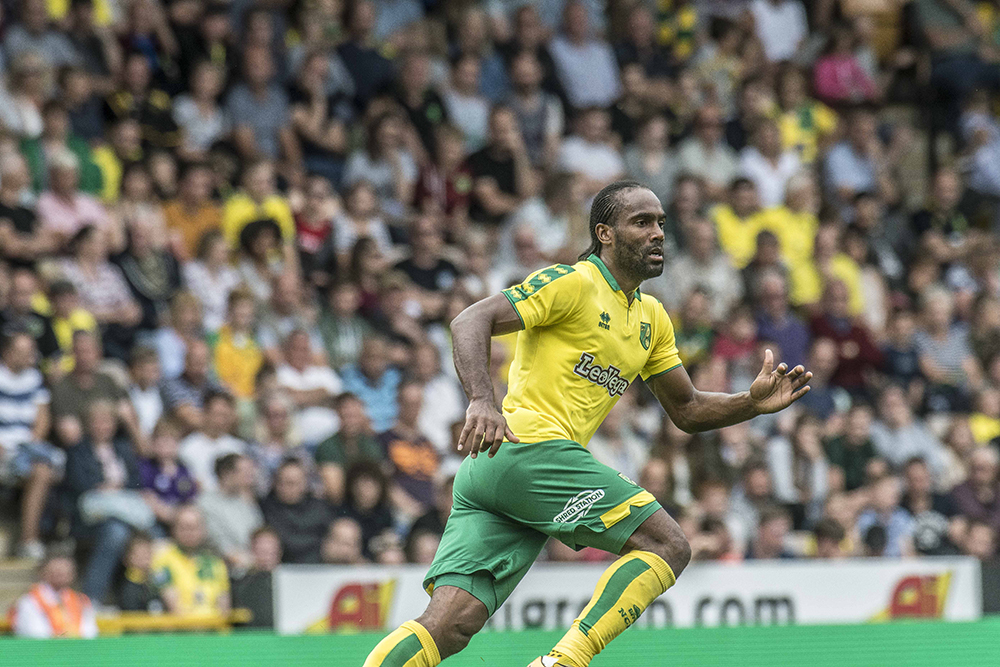 It’s guest blog time again and for the second time we hear from a product of the MFW academy – Daniel Defalco. All yours Daniel…

Despite recent results showing just how much City have improved both defensively and offensively since the first few weeks of the season, some fans – including myself – have questioned the team’s ability to take their chances.

This has been especially applicable at home, where the Carrow Road faithful have endured some drab matches in recent weeks, and there is no denying that Farke’s men did have opportunities to win these games with clear chances coming and going.

Unfortunately for us, it is becoming an all too familiar sight as shots end up anywhere but in the back of the opposition’s net.

For me, the Derby game on Saturday epitomised our issues at home this season. The first half saw chances aplenty come City’s way;  Zimmermann, Stiepermann and Murphy all going agonisingly close. Then in stoppage time at the end of the half, David Nugent converted the only sniff of a chance Derby had.

At half time, the Norwich City Twitter scene was dominated by one word – “frustrating”, which summed up perfectly how the match had gone for us.

For all of City’s chances and complete dominance in the first half, they were undone by a moment of quality from one of the Championship’s seasoned goal scorers. But we ourselves have one of those. His Name is Cameron Jerome.

Jerome worked his socks off on Saturday – as he does every time he wears yellow and green – rarely giving Derby’s central defensive pair of Richard Keogh and Curtis Davies a moment on the ball. But as a side effect of his admirable work rate, Jerome often found himself on the wing or in midfield rather than in the box and so on the odd occasion where a decent cross was delivered, the box was either occupied by no-one or just one of the attacking midfielders.

At the risk of using Cameron Jerome as a scapegoat for the defeat on Saturday, it should be pointed out there were chances which were wasted by others. Stiepermann had the goal at his mercy when Josh Murphy played him through early in the first half but instead of coolly slotting the ball in the corner and giving his side a 1-0 lead, the German went for power and cracked the crossbar. Stiepermann and Murphy combined again in the second half, when the young winger delivered an inch perfect cross only for Stiepermann to hit it straight at the goalkeeper.

The strange thing about Saturday was that our best chances (apart from Murphy’s clear penalty) all fell to the players who are not known for their goal scoring abilities.

Other than Stiepermann’s two chances, the only players that had clear cut opportunities to score were Christoph Zimmermann who nearly toe poked in from a corner and Tom Trybull who missed his kick at the back post in the second half. Then of course, the loveable Timm Klose rose above Craig Forsyth to nod in the equaliser, to show the attackers just how it’s done.

But as Farke quite rightly pointed out in his post-match interviews, his side were both physically and mentally drained following the intense games against Ipswich and Arsenal. And it was certainly noticeable with attacking players such as James Maddison and Wes Hoolahan not showing the creative flare which had been oozing out of them in recent weeks. A leggy City side were not helped when Nelson Oliveira, who could have been the clinical finisher the game required, had to be substituted after barely ten minutes on the pitch.

But all hope is certainly not lost. Let’s not forget that the likes of Steven Naismith, Alex Pritchard and Matt Jarvis are all still to come back from injury. Also, it’s worth noting that a fair few of the squad who are available are not operating at 100 per cent fitness. Murphy, for example, has just recovered from a broken toe and tonsillitis and then of course there is the ongoing injury saga with Nelson Oliveira. With Farke creating a nine-match unbeaten run with so many key players missing or not fully fit, the sky is the limit when he has a bigger squad to pick from.

My point is that there is no need to start fretting over our home form and poor finishing at Carrow Road just yet. Maybe our expectations are a bit too high because we were spoiled with goals at home last season. All in all, 55 goals were netted in our own backyard during the 16/17 campaign – the highest in the league. However, we did finish 8th.

Stick with it. Onwards and upwards.