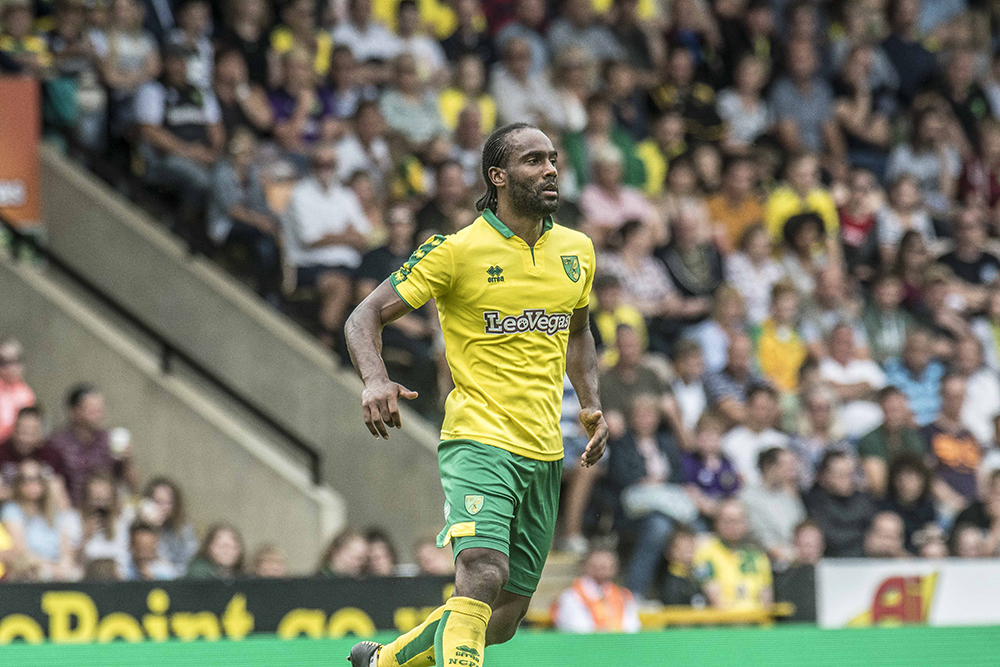 Hhmm… where to start.

While the Derby defeat was laid firmly at the door of fatigue and was swiftly followed by a Wolves walloping that bore all the hallmarks of being beaten by a better side, I’m struggling for extenuating circumstances to explain away what occurred in Horwich yesterday.

Unfortunately, as hard as it is to search for plausible excuses, neither was it a surprise. The three-word phrase that begins with A and ends in H lives again. Throw into that same mix another well-worn three-word phrase – one that starts with word and ends in progress – and I guess we start to see why we still emerge second best when faced with opponents whose raison d’etre is to put it up ’em.

Exactly where this current iteration of Norwich City FC is right now was summed up perfectly by a pal yesterday morning in less than 140 characters, a few hours before events unfolded at the Macron:

This team is still a puppy; fantastically cute in the main, but still liable to chew your slippers and shit in the lounge from time to time.

Yesterday the little bugger was at it again… brown stuff everywhere.

But Phil was right. The highs of the Riverside, Brammall Lane and Portman Road took some of us into the stratosphere, believing that the riddle had been cracked and this was the ‘start of something’, while in fact they were just a trio of very good away performances in which we heroically scraped home by the odd goal.

By the same score, the disasters of Villa Park and the New Den were not the journeys to the depths of Hell as reported in some quarters, rather two extremely bad days that gave Team Farke a massive kick up the derriere around marrying their Utopian view of the beautiful game with the brutalities of the Championship.

Yet there’s no escaping it’s been a feast or famine type season to date – especially on the road. Just a single draw – on opening day at Fulham – to show for their efforts, the rest split 4/3 between adrenalin-pumping victories and spirit-crushing defeats.

Right now there appears little chance of bobbing along minus any extreme highs or crushing lows; every game bringing with it either recrimination or jubilation, very little in between.

As ever, the margins are fine and even the most blinkered Trotter would likely agree that but for some woeful finishing in the opening 20-30 minutes City could have been out of sight, yet the chances came and went at the Macron just as they have done all too regularly of late. This time however they weren’t just half-chances and speculative efforts – these were sitters. And we missed them.

And there’s the rub. I could write 1,000 words on why I think we’ve gone from 1-0 wins at Boro to 2-1 defeats at Bolton, on whether our new squad is actually capable of mixing it with the Championship’s elite or on whether our Germanic direction is compatible with our intended direction of travel but winning games of football ultimately boil down to the act of scoring goals. And we’re not scoring anything like enough of them.

I’ll try for once to avoid the usual clichés but football is a simple game the hinges on that single act, and while we all like to watch our team weave pretty patterns and play in a way that’s aesthetically pleasing the pleasure as a fan is predominantly derived from winning.

Don’t get me wrong, I love the passing style and patient build up, and when it works there is nothing better, but right now I’m indifferent to whether a goal comes from a hoof downfield, a flick-on and a lob over the keeper or a flowing 20-pass move that starts from the feet of Angus. Yet the Farke way is most definitely the latter. It relies on creating chances through clever passing and movement and at the the moment they’re anything but plentiful.

I digress slightly because yesterday the paucity of goal-scoring opportunities wasn’t the problem. The issue was taking them when they arrived. Cameron Jerome was obviously the main culprit – and typically took a social media kicking as a result – but Josh Murphy too, before his late consolation, had a perfect opportunity to set up a grandstand finish. Unfortunately, like CamJam before him, he fluffed his lines when it really mattered.

The clean sheets while they lasted were magnificent but were realistically unsustainable in the medium term, and with us creating relatively few chances – for all the reasons muttered above – there is a greater than ever need to snap them up when they come along. And for all of Bolton’s grit, determination, desire and excellent finishing it came down to chances being missed in those opening 30 minutes.

But now’s not the time to start hurling the same toys out of the pram that flew everywhere in August and ended up looking just a little bit silly. Daniel Farke and his team had the wherewithal back then to turn a rotten August into an impressive September, and with a fit Nelson Oliveria and (hopefully) Alex Pritchard at their disposal there’s no reason to doubt they’ll be able to tweak the system and reinvigorate the squad in readiness for an improved November and December.

This international break, however irritating, has come at the right time and while I’ll be accused of more happy-clapping I remain confident this is not the beginning of a slide into oblivion that some are predicting. Yesterday was just a very poor day.

Right then Phil… we have a lounge carpet to clean.