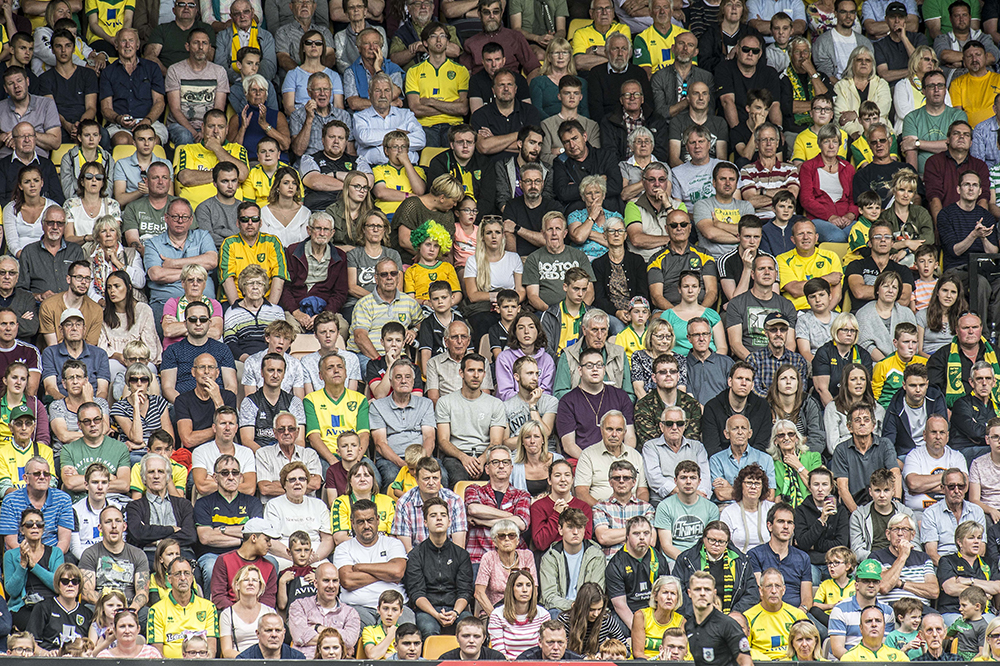 I recently read a fine article on this site by Robin Sainty relating to racism rearing its ugly head at The Emirates.

Just about the last football club I would expect to appear in the national media in the context of a case of racism is Norwich City, yet, thanks to the efforts of one idiot at the Emirates who thought it okay to racially abuse boxer Anthony Ogogo, apparently on the grounds that he thought he was an Arsenal fan (as if that justifies anything), that’s what happened.

I empathise with Robin’s sentiments to the degree that I’ll shove the old turnip over the parapet and try to provide some background. 21 of us here on MFW made comments totally supportive of Robin’s article, and out of 22 that ain’t bad.

Please suspend any idea that I am about to become ageist. I am just trying to offer some perspective.

I was born in Forest Gate, London E7 (deep West Ham territory) in 1957. Nowhere near Norwich. My mother was the most aggressive racist you could ever meet – and never to my knowledge went out of England – while my father was a Port of London Authority dock copper who had fought in the Royal Engineers throughout WWII and instinctively knew to take people for who and what they were. He never based his opinions on race or colour.

Forest Gate “welcomed” the West Indian influx who came to boost Britain’s then flagging nursing and transport services. I later went to junior school with several of their (mainly Jamaican) kids in Chadwell Heath. We got on great and so we should because we all know kids are not naturally racist.

Unfortunately me and quite a few others were invited to go to Jamaican houses after school but were not allowed to by “horrified” parents. The thought of a West Indian child in my mother’s house would have made her react like a character from Little Britain.

Dad kept a sense of reality ticking over; taking me to the local Chinese takeaway for a pancake roll (and chips if I was lucky) but he dared not take the food into the house because of its point of origin. We ate in his car. Mother would have erupted otherwise.

Once he gave me and my little mate Ricky West a lift home in his company car – identifiable by its chrome bells on the roof, complete with blue and white “Police” sign. Ricky was thrilled. But as Ricky was West Indian, he was obviously dropped off first.

Hard as nails as he was, Dad was terrified of my mother.

I went to uni and then work, discovered as much of the world as I could and reaffirmed to myself that Dad was right and Mother was wrong. I wrote some stuff for NME during the “Rock Against Racism” campaign and learned a lot through that experience. But, back to football.

Having been to Upton Park to see Clyde Best and others getting the banana throwing and monkey chant treatment referred to by Robin and having two uncles thoroughly endorsing such behaviour made me think it was wrong even at ten years of age.

One of the most affirming experiences of my life was going to the old Highbury, many years ago. All-inclusive support from white guys, black guys and many Greek Cypriots. All following the A*se together. Pioneers.

My friend Keith, who I have shared the pleasures of Carrow Road with for over 25 years and is now in his 70s, was a PC in the West Yorkshire force. Based in Bradford, he experienced policing “ethnic minorities” at the closest of quarters.

Not only does he echo my father’s attitude, he’s also had a good old snap at the odd racist comment in the Upper Barclay. None of those have been heard in a long while now in our vicinity. Not because of Keith – attitudes are getting better to the point that we’re almost there.

My children are in their mid-20s. Racism does not exist in their minds, or those of their peer group.

But obviously this article has to go somewhere, and here comes the sting in this tale:

It is only when the last of that inherently racist generation drops off the cliff that we can sit back and relax.

They are almost guaranteed to be over 70 – for every one of them like my father, there will be one like my mother.

Carrow Road is full of that age group and until they depart (in one way or another) the prospect of future racism continues to surround us.

I hope I haven’t insulted anybody, but when it comes to accusations of racism some of that generation need to take it on the chin.

“As always, any supporter found to be guilty of discriminatory abuse will be banned indefinitely by Norwich City and face possible criminal investigation.”

And that’s good enough for me. We’re doing our best. We might have to wait a few years until it’s totally eradicated however.