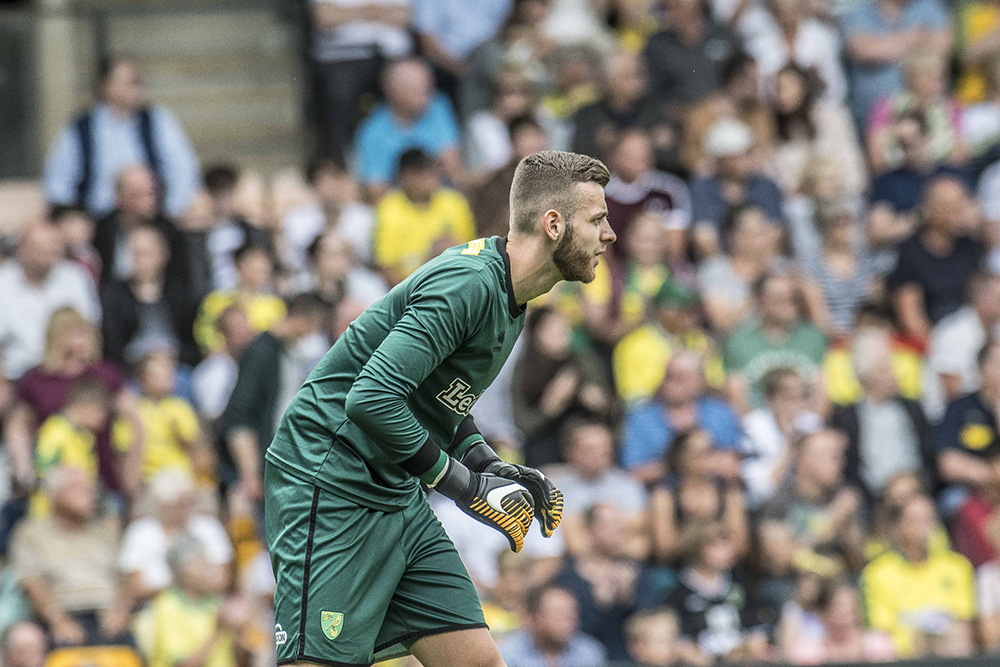 Don Harold, one of MFW’s regular commenters, was our ‘man on the inside’ when we needed a Wolverhampton voice recently and his ability to coherently string a few words together made him an obvious target for a guest blog. Luckily Martin P and I caught him at a weak moment and he agreed…

To say I don’t like the breaks in the season for international matches is an understatement. I absolutely abhor them. Sometimes, and I suspect this weekend is one of them, the break comes at the right time for Norwich City but all things considered I see them as an un-necessary and very unwelcome interruptions to the way things should be.

This weekend England have friendlies against Germany and Brazil. The first choice England team will not be available as the top club managers understandably seek to protect their assets. Even if the best players were available, the personality crisis which is Gareth Southgate would be likely to want to show how clever he is by playing them out of position and trying to prove that Jake Livermore is a better player than Jack Wilshire. Then, in the second half of each game, wholesale changes will be made and the pace of the game will be reduced to pedestrian.

Scotland are playing Holland for no apparent reason. Both teams failed to qualify for the World Cup and neither side will be picked by the manager who is likely to be in post for their next competitive match. Wales are taking on Panama in a stadium which is likely to be 75% empty and Marley Watkins may make one of the lowest profile international debuts ever.

Wes will be in the squad for Ireland’s play off matches although Martin O’Neill is unlikely to start him in either game. Michael McGovern is by some way Northern Ireland’s first choice keeper despite not getting a look in for us; I hope he plays brilliantly in both games and persuades a club manager that he’s worth paying a few quid for in January.

No good can come from the fact that Angus Gunn and James Maddison will be representing England Under 21s, even less from Angus now being promoted to the full squad. Assuming they don’t get injured, they will show clubs in the Premier League how good they are and attract unwelcome attention. Neither is likely to be playing for us next season but I don’t see the need to hurry up the process.

The full England team’s relationship with Norwich City players is practically non-existent. We have played in the top division in 25 seasons, which I calculate to be 1016 matches. From Phil Boyer being the first player to represent England whilst a Norwich player in 1976 (when, as I recall, no one would pass to him in his one international game) to John Ruddy’s 45 minutes in 2013, we have provided seven players who have made a not-so-grand total of 16 appearances, six of which were as substitutes.

Kevin Reeves, Dave Watson, Chris Woods and Rob Green gained further caps after leaving Carrow Road and our other representative, the wonderful Mark Barham, played in two games of a particularly odd tour Down Under in 1983.

I haven’t done the research but I doubt that any team which has played so many games in the top flight of English football has had so few players picked by its national side. This may be because we just haven’t had players good enough to be picked although anyone who can remember how awful England have been at times would be surprised that the likes of Kevin Keelan, Colin Suggett, Graham Paddon and Ian Crook – amongst many others – didn’t get a cap.

Even Martin Peters stopped being selected once we signed him. Maybe it’s because Norwich is too far for successive England managers to come to watch potential players.

I wouldn’t be too bothered if international football ceased completely but understand that I am in the minority with that view. I would, however, like to see the end to the breaks in the regular season for what are mostly irrelevant international matches.

The hugely sagacious journalist and broadcaster Gabrielle Marcotti proposes that all international matches are played in ‘mini-seasons’ in the odd numbered years when we don’t have a summer tournament. These are times when players are usually dragged off on meaningless end of season international tours anyway.

The advantage for this is that the clubs who provide and pay the players will be better able to manage their fitness and the often congested domestic fixture list could be eased greatly. For us fans, we could see the end of ridiculously long midweek trips to Middlesbrough and Sunderland.

I really hope that this international break does as well for us as September’s did. The fact that we only have five players away means that Daniel Farke and his coaching team will be able to work on making us hard to beat again. October’s break seemed to upset our momentum so the rest is probably welcome. I won’t be watching any of the games live – my enthusiasm doesn’t stretch that far – but I will be looking on with concern desperate that our players come back injury free.

The really important games this month are against Barnsley, Forest and Preston. Roll on the 18th of November.

Cheers again to Don for his thoughts. Hopefully we’ll be hearing from him later on in the season.