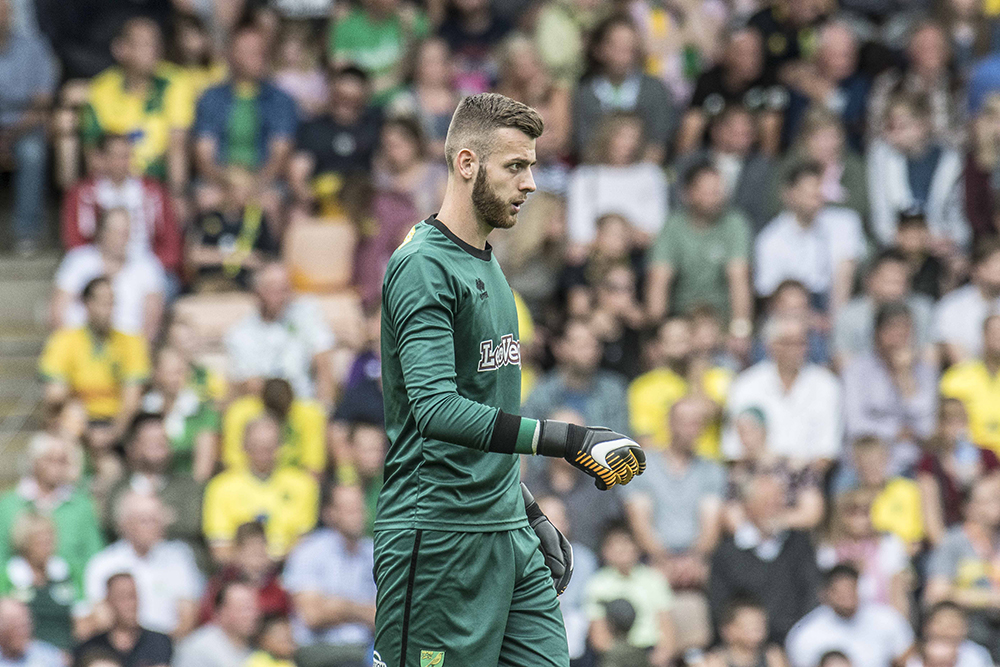 Angus deserves this. His call-up represents more than just Southgate’s prudency and willingness to provide experience to our young Lions, but also Gunn’s ability to make his performances stand out and function as even more than just a statistic showing a clean sheet. For a player who was yet to play a first-team game at any level of football prior to August 5 this year, Gunn’s development has been as rapid as it has been remarkable, rendering him such an asset for this constantly-learning City side.

And that’s what is so easy to forget. Despite representing Manchester City and England through various age groups during the past five years, Gunn’s exposure to the incomparable pressure and intensity of first team football only begun three months ago. Since then, he has been superb, commanding a defence that kept six consecutive clean sheets and continually repelling shots, headers and crosses in a manner that his father would be proud of. To rearrange the lyrics of the now-popular song, Bryan’s son is now City’s unequivocal number one.

He wasn’t when he joined. Although Gunn’s presence at the top of the City team sheet has become a near certainty, it is easy to forget that he had Michael McGovern as a competitor for the jersey upon signing his loan deal. While prone to mistakes and failing to instil City fans with any form of confidence owing to last season’s errors at the Amex and at home to Leeds, McGovern is a reasonable Championship performer and regular for his – robbed in Belfast on Thursday night – national side. After cementing a place in goal for this season’s inaugural trip to Craven Cottage, Gunn was acutely aware of the tenuous nature of his position.

But he flourished. While the score line failed to reflect his showing at Villa Park in the summer – instead more an alarming indictment of Marcel Franke’s and Christoph Zimmerman’s initial ineptitude at Championship level – Gunn was terrific in the midlands, making multiple saves that kept us in the game and prevented a cricket score from ensuing. Indeed, one can only imagine what he must have made of what he was witnessing in front of him.

Gunn’s call-up will benefit all parties. He will not feature against the familiar yellow and green of Brazil, but his exposure to the likes of Jordan Pickford – whose development Gunn will surely be seeking to emulate – Joe Hart, Gary Cahill and Kyle Walker in training will only serve to provide him with a greater depth of knowledge into how to succeed at the top level. As City fans, we can only hope that the results of such an education will be capable of manifesting themselves on the Carrow Road pitch once he returns this weekend.

Premier League or Championship, and like Fraser Forster eight years ago, Gunn probably won’t be with us next season. Despite the advent of Ederson in Manchester City’s growingly impenetrable goal, he will return to Pep Guardiola’s ranks with a season of experience and an invariable boost of confidence. Gunn’s presence is not permanent. We must cherish him while he lasts.

The attributes he brings to City’s goal must be savoured. His handling, his ability to command the box, to claim high balls, to make saves from both distance and point blank range. Such a range of talents have been delineated on so many occasions throughout this first third of the season, from his aerial dominance during the closing minutes at the Madjeski to his to stunning tip over the bar from Tom Huddlestone’s volley at Carrow Road a fortnight ago. Gunn’s handling during our battling triumph at Middlesbrough was similarly majestic, thwarting periods of sustained Boro pressure in a flawless display. At the ground where Southgate himself made 160 appearances, the England manager may have even been taking note.

I think I speak on behalf of the whole Norwich City community when I say that my initial response to his call-up was one of pride. Despite his Norfolk departure to join a regrettably more venerable City in 2011, Gunn’s rise can still be appropriated by us fans as a triumph for ‘one of our own’, enabling us to sneer at those who pompously declare that a second-tier player whom they have never heard of warrants no place in the international setup. Nonsense. Gunn deserves his success.

So well done, Angus, and well done Gareth Southgate. While one has shown such sustained excellence on the pitch, the other has shown both intelligence and sagacity off it, providing a hungry young player with an experience he will surely thrive off and laying the foundations for a potential career of international success. Gunn will love his next few days. He will learn a lot. When he returns, however, let us all hope that he can recapture the brilliance he has shown so far and help pioneer another ascent up the Championship table.