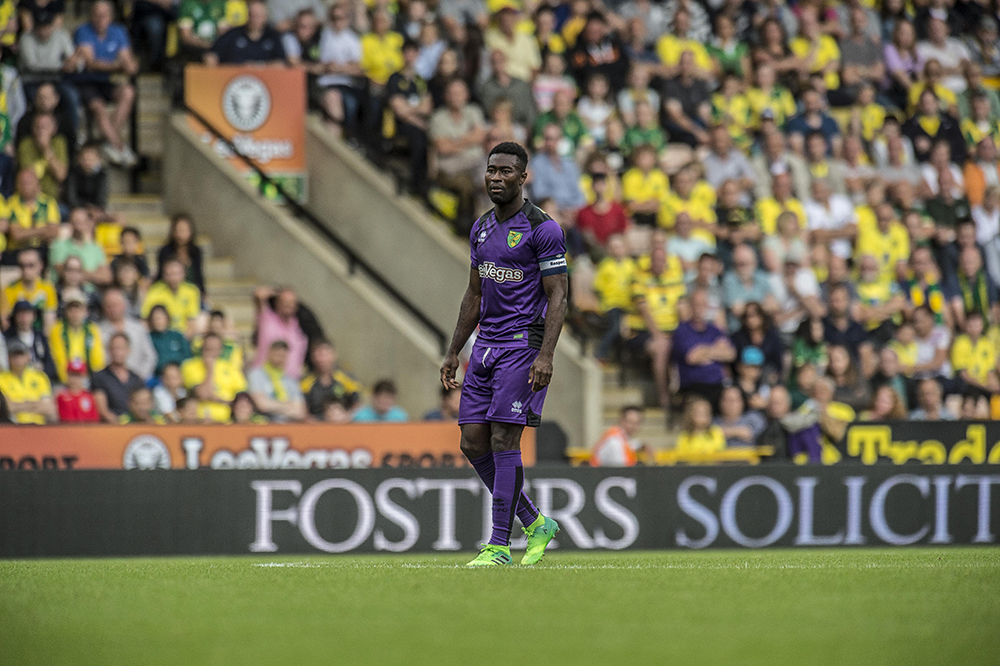 Contrary to some who air their views on Canary Call, I don’t believe this club lacks ambition. Nor does Delia strip the club bare of its resources. You only need to research the Oyston’s destruction of Blackpool to realise what a low blow that was to land on someone who adores the club.

The soundbites of figures and financial reports coming out of the Club (and being reported at the AGM) don’t make for appreciable viewing and everything appears to entering a cycle of regression. The new regime hasn’t been aesthetically pleasing nor winning. Carrow Road is becoming a cauldron of frustration, one that is slowly bubbling over the edge.

But who can blame supporters for the jeers and boos at the final whistle of another stalemate at home? Ultimately talk of the entertainment factor remains but winning is intrinsic to the mood of supporters. The form of September and October culminating in an East Anglican Derby win only reinforces this.

On the road, Norwich were a completely different animal. Daniel Farke’s philosophy resembled a Neil Warnock away performance with defensive solidarity the underpinning premise to Norwich’s success at Middleborough, Reading and Ipswich.

The cognition of games at home has seen Norwich develop an anxiety and a lack of intelligence in the final third. This squad still looks asymmetrical and for a club with declining finances, that is deeply concerning.

Norwich are enduring their worst run of form at Carrow Road since 1998/99 season under Bruce Rioch. To put that into perspective as of the length, I wasn’t even born.

There are a series of mitigating factors contributing to this freefall. The lack of depth is testing Farke’s wits at present. FarkeLife may just enter another gear upon the imminent return of Alex Tettey, Alex Pritchard and Timm Klose.

I would argue Farke hasn’t been able to field his strongest team since his arrival. The squad has been riddled with injuries and this has led to a devastating diagnosis on the pitch whereby a lack of energy, creativity and a will to wager are infecting Farke’s patients.

An injection of Pritchard may lift spirits, but it remains to be seen as to how long it’ll take to mend, particularly if he shoehorned in out wide.

There is an obvious lack of equilibrium disrupting the side’s momentum. Farke’s insistence on playing inverted wingers simply isn’t working. A striker isn’t a priority at present but a pair of dynamic wingers and a central midfield player who can fill the void vacated by Tettey must be priorities.

But this is no crisis.

This is a rut, yes, but no crisis whereby every Dick, Tom and Harry needs to vacant their executive positions. This is Norwich moving backwards temporarily to then move forwards in a stronger fashion. The style of play is un-finalised. Farke keeps reinforcing the parallel of his ‘brand’ of football with Thomas Tuchel and anybody who watched Dortmund last season will conclude their play doesn’t resemble that of City’s at present.

Historically, Norwich have been a middle of the road club. Successes are rare, and this club is currently residing in a position it deserves to be in due currently to gross mismanagement and mistakes of previous regimes.

I’m not sure external investment will be a short term fix to this issue. When times are tough people crave greater resources; you only have to look at QPR, Leyton Orient and Portsmouth’s recent history to see that wealthy benefactors are not a simple solution. Admittedly, for every failure there is a success, but when the poker chips is a football club loved by so many, is that risk worth it?

Take the Championship for example – besides Wolves, Villa and Derby the top six consists of teams who have fairly modest resources. Bristol City have spent large sums but not to the degree of the aforementioned sides. Cardiff and Sheffield United have developed a formula on the cheap that has taken time.

This radical new structure is still in its infancy. Farke is a human being and needs time to resolve the issues. Anyone expecting a polished and fully functioning Norwich City was being aspirational.

This season is still young and Norwich sit only lie eight points off the play-offs. They don’t look like play-off material at present but they could still evolve. Could. A revision of offensive creativity and improvement could transform this squad.

We are four months into a mass reconstruction, the concrete isn’t set and the foundations haven’t been built. Keep the faith. Starting tonight in South Wales.

Tonight is our AGM, free to non-members to attend where we shall be sharing some historic news and also have a Q&A with Zoe Ward and Neil Adams hosted by Dave Freezer.

Q&A begins at 7:30pm in the Top of the City in the Jarrold Stand.

🟢🟡 The more you see, the more you have to like the cut of Mr Gibbs #baller

Regarding Liam Gibbs starting v Hull, I've always said if a player is good enough they're old enough to start games, this has been the clubs philosophy recently so I hope Smith continues with it #ncfc

I don't see it, but going on what I've seen so far he'd be a bigger miss than I anticipated #ncfc

Said exactly that myself a few days ago. Others saying not sure they could play together ?!
But I’d trust Deano & Shaky to find a way 😎
Think with a solid DMF player they can & rip some teams to bits 🤩 Jordan & Pukki will love them 🥰
#NCFC