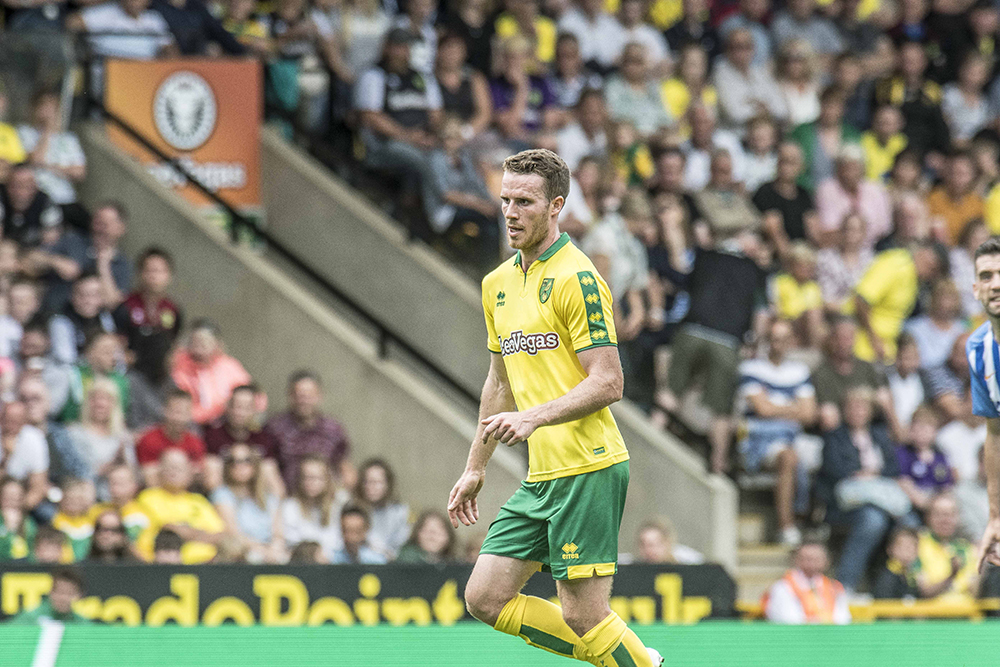 At 1810 hours precisely on Saturday evening I started to drift into a frost-induced dream world. It concerned a wood burner in full effect, two dozing dogs, my favourite home-cooked meal of Singapore noodles with raita on the side and watching Strictly with Mrs P.

I was envying her cosily enjoying the acerbic verbal snaps of Craig, the entertainingly camp antics of Bruno and the undeniable glamour of the show while I was freezing my rocks off at a soulless Carrow Road. An elbow in the ribs from Frank brought me out of my slumbering state – the half-time whistle had blown, at last.

Frank and I had spent much of the first half playing two distraction games: discussing ‘how many empty seats in the ground’ and are ‘they standing up in Lower Barclay A block?’

What had concerned me the most is that I had never met Frank before in my life – he had got his ticket via buy-back. Out of a tight but loose group of six of us, I was the only one who turned up on the evening. Unknown in nearly 20 years.

Did I consider the charms of Oti, Darcey and Kevin (from Grimsby)? Yes. But I never leave early and thank the Lord I didn’t start a new trend on Saturday.

Who knows what happened and what was said at half time? I sure don’t. But once the Man with the Golden Boots** got the hook and Marley Watkins appeared, complete with confidence and more importantly energy, I woke up. The second half was invigorating.

From the moment Alex Pritchard hit a speculative shot towards the excellent Keiren Westwood and his parry fell to the lurking James Maddison, everything turned on its head. That was some cushioned finish from Maddison from a pretty tight angle – we had a great view of it from the Upper Barclay.

Then Timm Klose leaped like the proverbial salmon to bullet home from Maddison’s corner. God knows what the salute celebration was all about, but nobody really cared. Even the knowledgeable Frank didn’t know what that was all about. My best guess is it might have been to do with Timm’s recent comments about the NCFC boat – but a guess is all it is.

We then continued to play football with commitment and no little skill either. There was never going to be a way back for Wednesday.

The icing was put on the Madeira cake with the last kick of the match.

The annoying but undoubtedly talented waspish metronome that is Barry Bannan wiped out the largely excellent Harrison Reed in the box. Up stepped Nelson (who had certainly put a shift in) with a confident penalty. Westwood guessed correctly but to no ultimate effect.

A handshake with Frank and home to those Singapore noodles.

The closer we get to 50 points the more relaxed I feel. At the other end of the scale I very much think the top six will be beyond us.

But as Gary said yesterday problems remain. When we are shorn of the players he mentioned next summer (Gunn, Reed, Pritchard, Oliveira, Maddison) things will become even more problematic. Wes and Alex Tettey are unlikely to be around next season either.

As Craig Revel Horwood might say, the first half was a disaster, darling. But the second deserved a ten from Len.

**I am not having a go at Josh Murphy per se. But when your confidence is obviously shot and some idiots get on your back seemingly game after game, is the choice of gold boots really such a good idea Josh?

@TheAthleticUK @michaeljbailey @markchapman @AdamCrafton_ Can we get Leeds off the mark with their first win of the season? Yeah, no worries. #ncfc

@briglar All fans would like to see team lose (which they will anyway) and see Farke out the door. #ncfc

@IpswichTown Wishing him all the best, rivalries are fine on the field of football, but that’s where it ends. #ncfc #itfc

He gained huge respect in the recent celebrity SAS

I see Gossy's wonder volley at Elland Road is doing the rounds today.
Just a reminder that was but #NCFC goal #3 of 4 in a 1993 spanking the likes of which we may never see again.
https://www.youtube.com/watch?v=e21LiTMoGgI