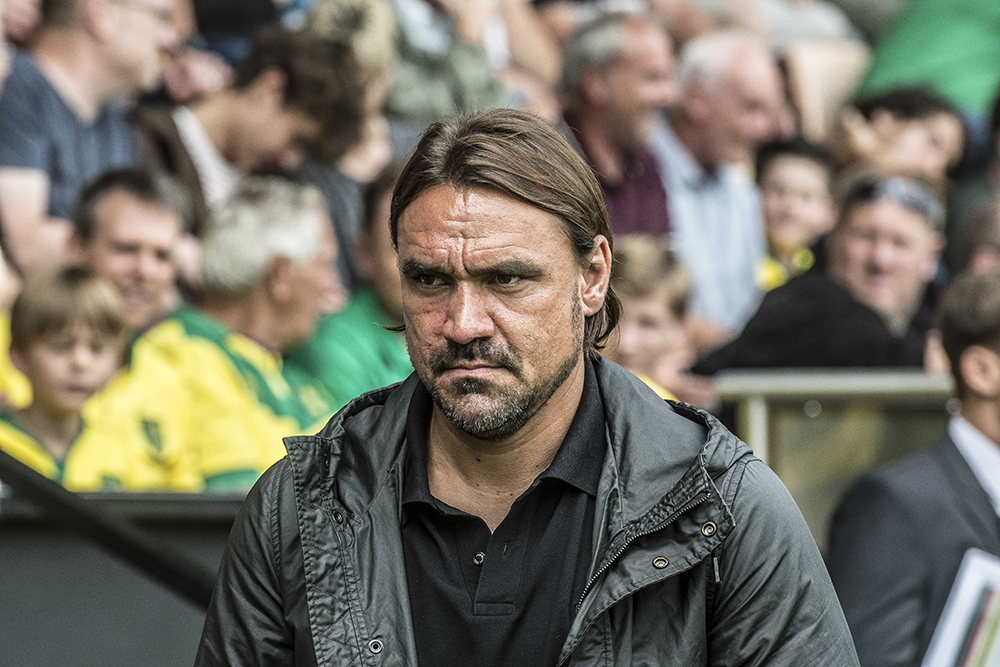 So much for the season of goodwill. Well, unless you’re a Brentford fan of course.

I’ll swerve the obvious puns around gifts and presents but there’s no questioning that there is plenty of joy to be had when playing against Norwich City right now. We’re pushovers.

Championship managers are queuing up to have a crack at us. To be the next to set their team up to stifle our one-dimensional tiki-taka style and hit us on the counter. And most, let’s be honest, are succeeding. That eight-game unbeaten run seems an awfully long time ago.

In terms of performance level, last night’s first half was just about as abject and sterile as is possible in the Championship and, as pointed out by some respected Twitter voices, it could quite easily have been 5-0 at half time.

Angus was magnificent. What unfolded in front of him was a shambles.

That the second half was a slight improvement was scant consolation and despite Nelson Oliveira’s late consolation the Bees ran out comfortable and worthy winners. They were bright, sharp, inventive and energetic. The very antithesis of City.

Some will no doubt accuse me of being unduly negative – we’re in the formative stages of a project after all – but unless something changes year two of this project will be played out in the third tier of English football.

Let’s not kid ourselves. Many a Championship ‘giant’ – some much bigger than us – have fallen into the old ‘we’re too good to go down’ trap before doing precisely that.

Last night’s first half had ‘relegation fodder’ written all over it. The stench that lingered for most of the Glenn Roeder relegation season was in evidence again last night and it’s not nice.

Daniel Farke admirably took the rap but, along with Stuart Webber, needs to have a serious rethink over the suitability of his desired footballing style to the Championship. It’s simply not working. And, worst of all, there is zero evidence of it improving. In fact the opposite is true.

As alluded to at the start of this piece, there is no mystery as to how City will set up. The method will remain regardless. The formation may be tweaked occasionally, so too the personnel, but the method of attack will be unmoved.

Most of us, armed with a competent group of Championship players, would fancy setting up an XI to stop City functioning. Such is the precision needed for Messrs Maddison and Pritchard to play these intricate one-twos and slide rule passes to unlock their opponents’ defence there is virtually no room for error. And yet we’re error-ridden.

Our schtick is supposed to be keeping the ball. We’re not even very good at doing that at the moment.

All of which makes us comfortable to defend against, particularly with the alarming lack of width and reticence to put in a quality cross if they do find themselves in those wide areas. It rarely happens. On the one occasion it did they scored.

It’s joyless and, I hate to say it, boring. Yet nothing changes.

They say the definition of insanity is doing the same thing over and over again and expecting a different result. Yet that’s exactly what’s happening. Same tactics, same outcome.

Some have poured scorn on the sections of Carrow Road that unleashed differing levels of venom in the latter stages but, unreasonable or otherwise, there is a lot of frustration out there at the current direction of travel and those with their hands on the tiller.

To have been so accepting of our lot is arguably part of the reason we are here in the first place so, while personal insults are off limits, those in power have to take any flak that’s going on the chin I’m afraid. Or do something about it.

I’m not about to get sniffy over a few chants. Football crowds with good reason to be unhappy have a habit of expressing their frustration.

So, leg one of our four-game road to redemption didn’t go as planned. It couldn’t have gone much worse in truth and now that Boxing Day trip to St Andrews looks doubly difficult.

In terms of where we go from here – at least in the short term – I’d suggest a line-up that includes Alex Tettey and Tom Trybull would be a reasonable start. And Jamal Lewis did enough in his late cameo to suggest that playing a left-back at left-back, as opposed to a poorly-converted midfielder, would also be a small step forward.

Also, from somewhere, Farke needs to unearth some energy and zip, because for a team that we’re told is super-fit they don’t half look leggy and sluggish.

And then we all cross everything and (if it’s your thing) pray. That, I’m afraid, is the best I can offer right now.

But anyway… to all writers, commenters and readers of MFW, have a wonderful Christmas.