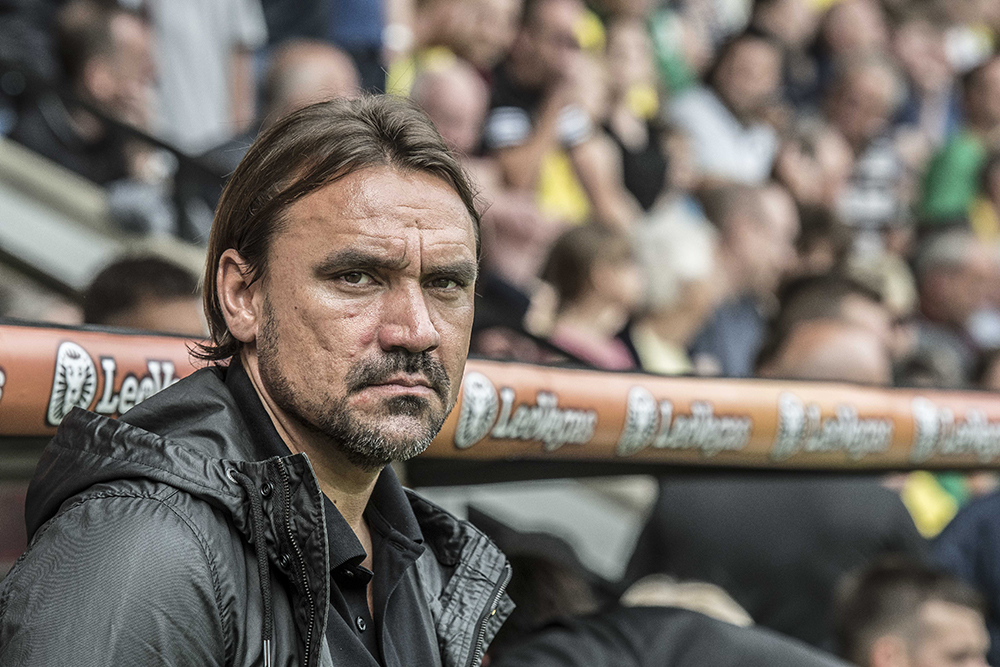 It feels like an eternity since I last produced an article for good ship MFW.

I’ve been busy establishing other projects alongside enjoying all the festivities that December has to offer. With those drawing to a close, I am glad to be gracing these pages, spouting my verbal meanderings on all things yellow and green once more.

It’s been quite a toxic and insipid period to follow City. That turgid display against Brentford felt like a major low in the cloth of this project, yet four days later a win against a team bottom of the table is being labelled a turning point.

One win, one performance and those who stood observing crossed the divide from neglecting to believing and boy, how Norwich needed it. The probing questions asked of those donning yellow and green in that fractious Friday evening were subsequently answered at St Andrews.

In the grander context, it will be forgettable but how crucial could it prove to be should Norwich kick on and record victories at Burton tomorrow and against Millwall on Monday. Yet to brand it with a title such as a revival is premature; it requires backing up to be considered a key result in the fabric of a season.

But what if the unthinkable happens? What if Norwich fail to get a result tomorrow and continue this destructive freefall? Should January be used to patch a squad seriously lacking streetwise operators?

With those steering the ship leaving supporters in little doubt as to the financial parameters squeezing the club at present, supporters are aware of the implications of Championship mediocrity.

With the January window looming, those inside Carrow Road will be chaining James Maddison and Alex Pritchard to the fence; those are assets Norwich need to retain until at least the summer. Pritchard, in particular, could prove to be a critical figure to the second half of a season that so far been full of underwhelm.

Despite the insurgence of Maddison, the mind wonders how Norwich would have performed with the duo fully fit from August. Pritchard was seemingly earmarked as an essential figure to any identity Farke was looking to implement in Norfolk. His sublime technical quality coupled with his low centre of gravity makes him one of the best at this level.

However, indispensable he is not.

When Farke arrived through the doors of Carrow Road, he was described by those in his motherland as a progressive developer of young talent. For all of his flaws thus far, the City head coach has improved Maddison, Lewis and, in spells, Josh Murphy. These are players Norwich requires to develop in order to recoup a sizable financial return. That is the reality.

Farke was caught unaware of the task and brutality of the Championship. The epoch of Millwall and subsequent patchwork that allowed City to go on an unbeaten run was done so on a mentality of short-term fix. When the individual moments of Maddison and co dried up, Norwich had little else with regard to creativity.

That’s where City lie at the moment.

We are yet to be presented with a consistent brand of possession-based football whereby equilibrium is reached. Norwich either look adept or inept, there is no middle ground. There was enough in the performance at St Andrews and during that run to feel upbeat but plenty in the darkest hour to feel pessimistic.

This is a streaky Norwich City side, one which is incomplete and unfinalised.

Yet have we transitioned from a work-in-progress to simply progress. This squad is inconsistent. Birmingham was an improved display and unsurprisingly, it came away from Carrow Road. A fortress it has failed to become; a living room full of uncomfortable viewing and an atmosphere bubbling into something incomprehensible.

Thus far, we’ve witnessed the steepest of peaks and the lowest of troughs as City attempt to discover themselves like an experimental teenager. Under Farke, they have broken club records, recorded a rare cup run culminating at Arsenal and extending derby-day bragging rights over their blue and white neighbours.

Yet they have lacked offensive creativity for the most part. Their defence has been exposed at Millwall and Villa, to name but two, and there has been obvious disequilibrium in the make-up of the side. It’s such a bewildering side to follow at present.

Norwich is a multifaceted outfit, one whereby they can pass teams into submission or one where the tempo is turgid and the passing lateral.

Supporters are attempting to shift blame onto somebody. Our affable majority shareholders have been the prime target and they are indeed the common denominator over years of decline, yet that too has been unpredictable.

While external investment seems like the obvious route, where is that going to come from? What structure do those hypothetical people go down? More unanswered questions, and at a time of confusion and experimentation, perhaps now isn’t the right time for fresh owners. But the self-funding model can only take you so far.

The Head Coach and Sporting Director model needs time to develop before things get ripped up at boardroom level, otherwise it seems counterproductive. External investment must and will happen at some point, but I doubt we’ll see anything fresh this side of 2020.