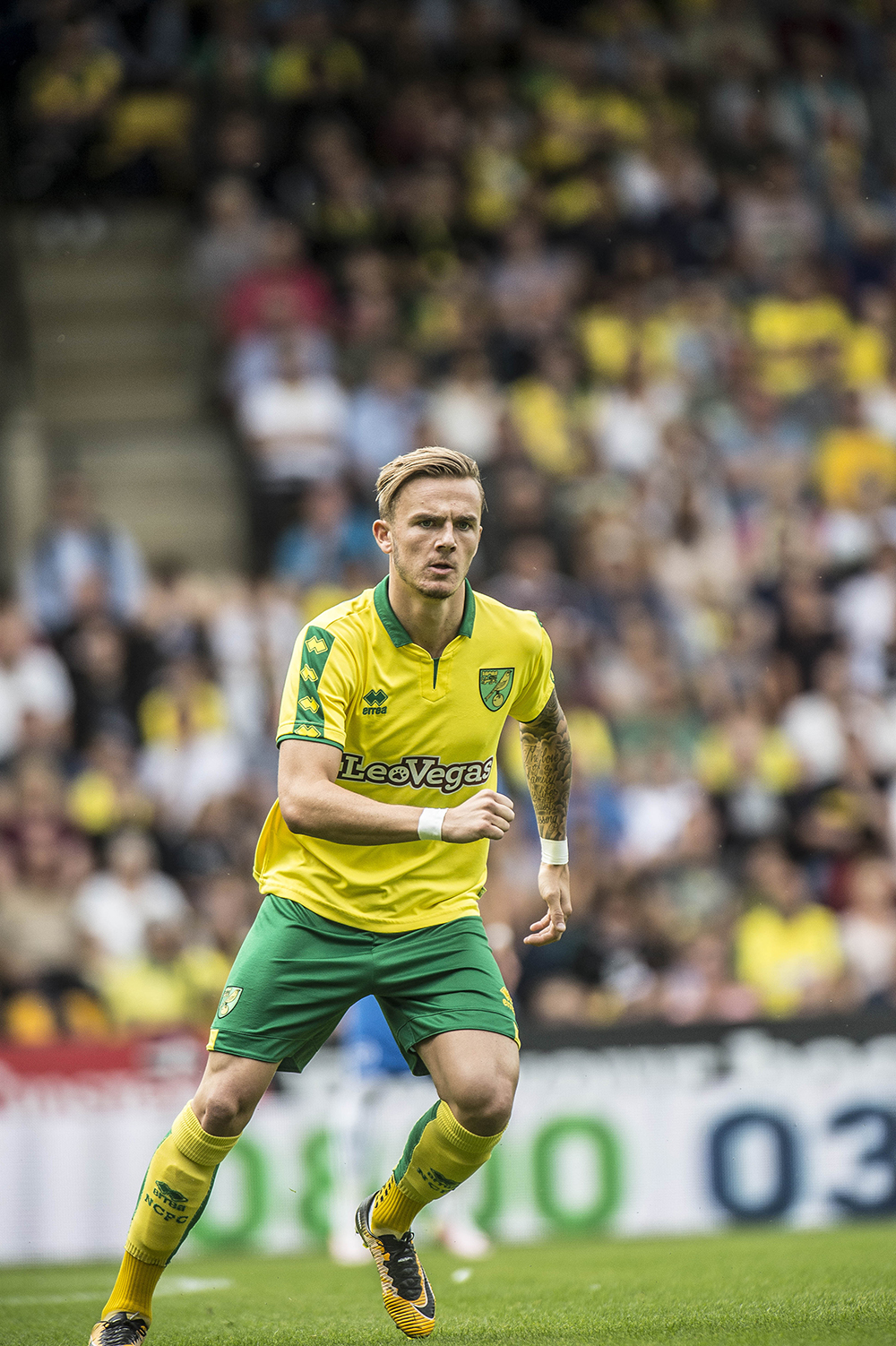 It’s half past four in Staffordshire. Darkness has descended and there is a tangible winter chill in the air. In Burton, there is a football match ensuing. The game is seventy minutes in at the Pirelli Stadium, a somewhat insalubrious location and one where Norwich City’s travelling faithful have so far seen their loyal support rewarded with a performance devoid of all cohesion, tempo or creativity.

Frustration is in the air. Fans call for change.

‘Maddison’ is the cry. Alex Pritchard’s arrival is also universally desired. Daniel Farke’s curious team selection that witnessed the omission of Jamal Lewis, Timm Klose, Alex Tettey and Josh Murphy – all of whom were excellent at Birmingham four days earlier – still appears bewildering. Against a side who had failed to gain a single point in their eight previous home fixtures, City were toiling.

And this is worth remembering. Indeed, rather than those present at Carrow Road on New Year’s Day getting carried away with notions of positivity after what was a palpably improved second-half performance, it remains important to reflect on what had occurred in City’s final game of the previous calendar year.

For virtually the whole match we looked lost, unable to control possession nor demonstrate any real signs of penetration and delineating continuities with the disjointed – albeit more damaging – displays at Villa Park, The Den and the Macron. As social media revealed that evening, it was a difficult watch.

For the first 70 minutes, anyway. Up until half past four, the offensive three of Wes Hoolahan, Mario Vrancic and Marley Watkins were slow, profligate and laboured. Watkins’ first-half showing was nothing short of shambolic, failing to retain possession once as my memory recalls. Vrancic did little to rehabilitate his reputation as a player who lacks any form of purpose or urgency. Nelson Oliviera was impotent. Other than Angus Gunn and the imposing figure of Grant Hanley at the back, City were collectively woeful.

What changed with fifteen minutes to go? It doesn’t take a tactical footballing genius to decipher it. The simultaneous arrival of James Maddison and Alex Pritchard prompted an almost instantaneous improvement, instilling what had been an uninspiring performance with a greater degree of pace, urgency and tempo. While City may have failed to go on and win the game, the last quarter of an hour represented a ‘JM23 and AP21’-inspired change that saw us create more than we had in the minutes that preceded it.

The pair are so important for City. As we saw on Monday, the link-up, understanding and direction that manifested itself at the end of the game at the Pirelli was carried into the new year, with the dynamic duo pioneering our vital comeback against an increasingly depleted Millwall.

Contrary to popular belief, the pairing’s brilliance was not purely confined to the second-half, also providing us with a more direct and threatening approach before half-time than that offered by Vrancic, Hoolahan and co. They keep things ticking. They make things happen. They create.

What occurred on New Year’s Day was the complete antithesis of what the travelling contingent had witnessed two days earlier. Of course, the inclusion of Maddison and Pritchard was vital, but the return of Jamal Lewis and Josh Murphy following their terrific showings at St Andrews ensured that our left flank possessed an effective fusion of solidity and creativity.

Lewis is playing with the maturity, reliability and resolve of a player years beyond his age, while an in-form Murphy provides us with the width we so often lack. Farke deserves credit for both bringing Lewis in and for his management of the Murphy situation, giving the latter some time out before reintroducing him against a vulnerable opposition at Birmingham. Long may his recent performances continue.

But Pritchard and Maddison hold the key. The pairing are so easy on the eye, constantly searching for the ball before aesthetically turning, jinking and dribbling forward with it in a manner that has echoes of Hoolahan at his peak. The satisfaction the two derive from playing together is conspicuous, a notion embodied by Maddison’s post-match tweet as well as his pertinently-timed off-spinning cricket celebration. Given his recent form, Moeen Ali may want to be wary.

But will they be together for much longer? Given the nature of their recent performances, summer – and potentially January – bids are inevitable, with the club likely to be offered hefty sums of cash from prestigious Premier League sides. Indeed, following the recent publishing of the club’s accounts combined with the announcements of November’s AGM, we are all aware resources are sparse. If a bid of £15 million for either comes in, it will surely be difficult for Stone and Webber not to sell.

Where do City go without them? Owing to their influence, we are scoring the type of goals we all so fervently want to see scored, as shown by the passing, vision and precision of the two on Boxing Day and Monday’s winner. They hold the key for almost every attack. They are our only players who play with the pace, purpose and direction that sides such as Wolves and Gary Rowett’s excellent Derby County display on a regular basis. They relentlessly search for openings. As events at the Pirelli revealed, life without them is an ominous prospect.

At least one of them will leave in the summer. It’s difficult to deny that. How City reinvest whatever money we receive will be critical in determining next season’s fortunes, particularly given how their understudies have proven themselves as fundamentally incapable of filling their shoes. We are so lucky to have them. Until they depart, we must savour them.