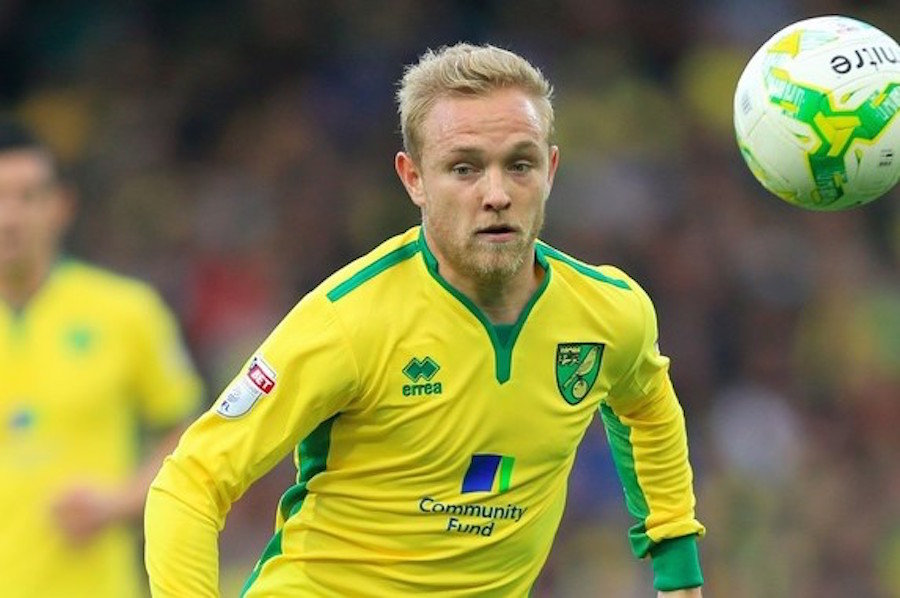 It’s January and the battle of the Number 10’s has once again begun but it’s not the type of battle any Norwich fan enjoys. This one is happening off the pitch and, if the rumours are true, has got off to a very bad start.

When you list the names Alex Pritchard, James Maddison and Wes Hoolahan as players all fighting for the no. 10 role in your team, it’s usually a time for optimism. It’s a time when you look at the team sheet and think “we are fortunate”… usually.

Apart from when it’s January and it feels like we’ve wasted so much of the season. A team as fortunate as ours should be terrorising teams, weakening defences to their knees and in touching distance of promotion.

But we’re not. We’re 13th in the Championship table. We’ve conceded more goals than we’re scored. And one of the trio is about to depart.

We’ve lost more games than we’ve won and albeit nine points away from promotion, I’m not exactly comforted by the 10 points from relegation. And even if we do keep ourselves distant from relegation, many have come to terms that the nine-point gap for playoffs will widen and eventually, for the second season running, the yo-yo effect of the club will only ‘yo’.

January is a horrible time of the year – if you’re anything like me, new year’s resolutions have become non-existent already (or they didn’t even exist) and the plan to watch what you’re eating flew far out of the window when you looked at the left after food from Christmas – but not only that, you spend 31 days praying your club can hold onto its best players, whilst deprive other clubs of theirs.

Daniel Farke has reiterated time after time that there was no need to sell to balance the books, to bring someone in. That the fact there’s interest in our players is only a “good sign” that we’re doing something right. But many doubt it. He even joked that if Paris St Germain came in with a £100m bid for Pritchard, he would ask for more.

January has arrived too quickly. We’ve only just seen the magic that happens when Maddison and Pritchard take to the team – in fact, Farke has found a way to make it work when he couldn’t before with Maddison and Hoolahan, and Alex Neil before that with Hoolahan and Pritchard.

Maddison and Pritchard work (or worked) on the same wavelength – for fans who love the beauty of the game and of such players, it’s almost a rewarding experience to watch them. A particular moment in the Chelsea game proved this wavelength when a 1-2-1 between them was only disrupted when Maddison was fouled, though it was obvious his run had been anticipated by Pritchard by the looks of the following pass.

Pritchard’s ability to play on the wings rarely leaves you with the same problems it did when Hoolahan played there – Pritchard has proved himself time and time again that being out of position is nothing in the great scheme of things. And if you need to show the beauty of such play – Chelsea was that game.

No striker in the matchday XI. It’s a problem. A tough problem. The plan to play a front three looked an interesting variation on the formations Farke had played before. It was risk. A massive one.

One, it was against Chelsea – it seemed most pundits predicted that would be a huge dilemma in the and could lead to Chelsea winning with no problems.

Two, it was a home game – yes, our home form hasn’t been the most consistent but under the lights at Carrow Road was still an advantage of sorts and to win against Chelsea to further into the fourth round would be a massive achievement and cheque, to take it to Stamford Bridge could mean a huge disadvantage.

The plan at the beginning of the match seemed to have been to let Josh Murphy play central with Maddison and Pritchard supporting him – what unravelled was a plan to just let those three play football. Freely.

Several times I lost track of who was playing where, but I guess that was the beauty of such thing.

A striker to begin the game would have benefitted the team, no doubt, but with Cameron Jerome supposedly still suffering from a back injury and Nelson Oliveira injuring himself in training, we had to make do.

We didn’t have a whole lot of possession in comparison to our Premier League opponents (40-60) but we had to make do and we made it count. Several times we had those ‘what if’ chances and we could have easily won.

Although some will be critical of the game finishing 0-0, it was something many would have settled for – whether that be for the trip to London in hope of repeating a similar upset to what they nearly achieved at Arsenal, or getting some much-needed cash into the club, or simply the fact we finally saw a resilient defence stand up to the task and an attacking force unafraid to have their moment – only at the consequence (for fans) to see their efforts broadcasted to the world.

We’ve seen the bids reported in the local and national papers – Pritchard’s seemingly Huddersfield bound – though having signed at Norwich for an estimated £8 million, the Terriers were playing the earliest April Fool’s joke going if they’re looking for a bargain of £5 million and refusing to pay more than £10 million. As it transpires it will ‘undisclosed’ but looks to be £11 million plus add-ons.

I’m openly biased about my views on Pritchard – I’ve followed his progress since his loan to Swindon in 2013-14 and throughout his time at Brentford, he was a player who I’ve wanted to join the Canaries for a long time, he’s a player who I’ve previously compared to a young Hoolahan (height included) and we’ve captured glimpses of that, despite being deprived of it during Alex Neil’s spell at the club.

However, he’s 24 and having seen his chance at testing himself at Premier League level go miserably wrong at West Brom, it’s understandable if he’s looking for such a move. I would like to have seen City keep hold of him until the summer but it now appear the player himself is keen on the move.

We know, although for some it’s hard to openly admit it, we’re seeing the beginning of the end of Wes Hoolahan. We knew from the start of the season that he wouldn’t be playing as much as previous seasons and we’ve seen it happen, more so since Pritchard’s return from injury. We don’t know when exactly it will be the end but to lose Pritchard and Hoolahan, who I personally believe are two very similar players would be a huge loss and disappoint.

There’s also something that is, personally for me, is one of the biggest differences between Maddison and Pritchard and one of the things I enjoy most about watching the latter and it was proved against Chelsea.

Pritchard isn’t scared. That’s a strange thing to say. But when watching Pritchard go on one of his sprints, he isn’t afraid to run at players. He rarely sees a defender in his way, even one worth more than double his transfer fee, and he finds a way through, or ensures the ball does so play can continue at the pace he’s set. It’s been something the Canaries have been lacking that Pritchard has potentially injected back into the squad.

We all know the statistic – James Maddison is the most fouled player in the Championship this season (3.71 fouls on average per game), a fairly stark comparison to the statistics of Pritchard (1.37), even at Brentford, he only recorded 2.33 fouls on average per game  – but there are times when that statistic shows opponents are taking out the most threatening player, he can be bullied throughout the game but sometimes, I questioned how easily he goes down, whether he’s truly running at players in the way Pritchard has, whilst it’s frustrating to see the game stopped at crucial points.

It’s an objective thing – it may be something to agree to disagree on but we all know fouls pause games, it takes away the whole attacking tempo we have missed in the Canaries (something Pritchard had seemingly brought back) but at the same time, we all know how reliant we have become on Maddison’s set-pieces and, in the unlikely even the deal falls through, maybe it’d be time to bring back the free-kicks the 24-year-old had made a name for himself earlier on in his career.

It’s going to be a tough month. It’s already proved to be the case. And unfortunately, the time where generations of players had loyalties and stuck with teams for years has gone – it went a long time ago – and it’s potentially harder with young, hungry, attacking players.

Norwich must hold their nerve – it’s tempting to sell but they must not repeat previous sales for bargain prices.

I’m expecting a drastic change when I travel up to Norwich on February 3 for the game against Middlesbrough, I just don’t know what it will be.