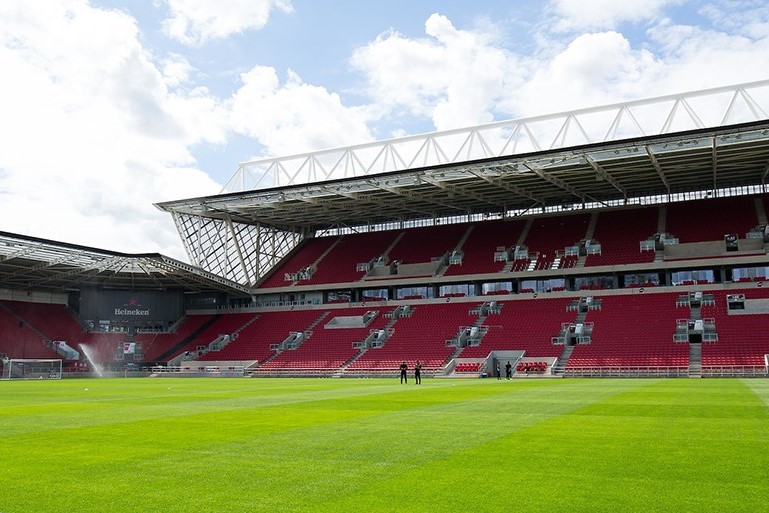 Ahead of Norwich City’s visit to Ashton Gate, I spoke to Gregor MacGregor (@GeeMacGee on Twitter) a football writer covering Bristol City for the Bristol Post. He joined me to preview this weekend’s fixture between Norwich City and Bristol City.

Hi Gregor, thanks for agreeing to do this. The Robins season must be the stuff of dreams for those involved at Ashton Gate, is it too soon to brandish them as genuine promotion contenders?

G: Not at all. They’re up there on merit, have beaten four Premier League teams this season, pushed Man City all the way on Tuesday and have brought in two new players this month. The Robins are highly likely to hang around the top six.

So I guess the main question is what has changed from last season, evidently Lee Johnson was under immense pressure following the clubs flirtation with relegation, has patience paid off? What is the secret to the success, as Norwich has opted to take a long-term route on proceedings at Carrow Road, supporters will be keen to learn the formula.

Yep, patience has paid off. Patience with Johnson but also in the players they recruited in summer 2016 many of whom have now found their feet and developed nicely. The club also recruited well last summer. There’s a nice blend of experience and youth to the side currently, with more of an emphasis on the latter.

Atmosphere seems to be a debate that is always lingering around Carrow Road. Ashton Gate has been recently redeveloped, so has the club been able to retain the atmosphere inside the ground and have attendances rose to support the redevelopment?

Yes, and yes. The club has a section of ‘ultra’ fans called Section 82 based in the corner of the South Stand that makes a heck of a racket. The atmosphere has been superb this season, partly because the fans are all now fully behind Lee and his team. Attendances are at a 30-year high.

Bristol City is seemingly going from strength to strength on and off the pitch then. As someone around the club, that must be great to have a club pushing in one direction and buying into a single objective and aim. Being subjective for a second, do you think Bristol City has enough in their squad to mount a serious promotion push in the latter end of the season?

I think so. They’ve had a hefty injury list of late but players are returning. They’ve also just snapped up to England youth internationals. Ryan Kent goes from playing an hour against Bayern Munich earlier this season to playing in the Championship again.

I think many supporters will be looking towards Bristol City as an example of how patience can be rewarded. With Norwich adopting a completely new structure, how do you view the current situation at Norwich as an outsider looking in?

I liked the look of Farke’s side when Bristol City visited earlier this campaign, and the Robins were a little lucky to get a draw. Things are inconsistent at Carrow Road currently but that happens with regime change. Give it time. Just look at Huddersfiled last year and the Robins currently.

That’s an interesting perspective certainly; perhaps Norwich supporters need to ride the bad times to reach the good. I just want to look backwards momentarily, what are your memories of this fixture? Are there any games you look back on with real fondness?

My first game at Ashton Gate was against Norwich. 2008 – a 2-1 home win. Huckerby scored, as did Dele Adebola. Steve Brooker with a late winner.

Dele Adebola, now there is a blast from the past. From here, Gregor and I agreed safe standing is the logical next step in the UK, if it works abroad, why can’t it here? I then probed Gregor on his knowledge of Bristol City’s transfer window; however, I’m not sure I sourced anything fresh out of him though…

They’ve pulled in two already; the coaches confirmed to me this week that they want one more. I think one of the younger players may go out on loan, but that will be it.

Who should Norwich be cautious off going into Saturday’s fixture? Is there a player capable of turning the game on its head?

Jamie Paterson at home: involved in 12 goals in his last 15 games at Ashton Gate. Bobby Reid meanwhile is one of the league’s leading scorers. And Aden Flint is consistently one of the top scoring defenders in English football. Take your pick.

In Norfolk, we like to keep an eye on on those who have previously donned yellow and green, particulary academy graduates. With that in mind, how’s Norwich old boy Korey Smith getting on?

Very well, given that he netted the winner against Man Utd recently. He’s a key figure under Johnson and runs the show for the Robins from midfield. He’s having a great season.

There’s a lot of angst surrounding the sale of Alex Pritchard this week, as somebody who has great experience of the midfielder, do you feel the price received is a fair one?

I watched a fair amount of him at Tottenham and was surprised to see him leave White Hart Lane. That’s a good price though and you have got James Maddison, so it may just be a case of good trading.

Finally, Gregor, I will ask the generic questions. What is your Score Predication and predicted line up for the Robins?

Think it might be tough for the Robins after Tuesday night. So, either 1-0 or 1-1.

Thanks again to Gregor for being a wonderful interviewee and we wish Bristol City all the best for the rest of the season, except tomorrow!

Don’t get me wrong. As a #ncfc I’ve been quite complimentary (and jealous) of some of the kits Ipswich have had in recent seasons (mostly due to the supplier). However just seen an Itfc supporting colleague say their new kit is far better than Norwich’s new one. His heads gone.😂

With attitude like this we must assume you only shop at the local markets, worked/ have worked for family owned businesses, donate all your extra income to charity and never spend any money on anything but pure essentials to live. All praise Paul #ncfc

@BenHuntley2000 Derveld ahead of Sargent.
Many, many worse midfielders than Rupp - Fotheringham, for a start. #ncfc

i love how much love everyone is showing our new kit! i’m definitely a huge fan of it 💛💚 #ncfc