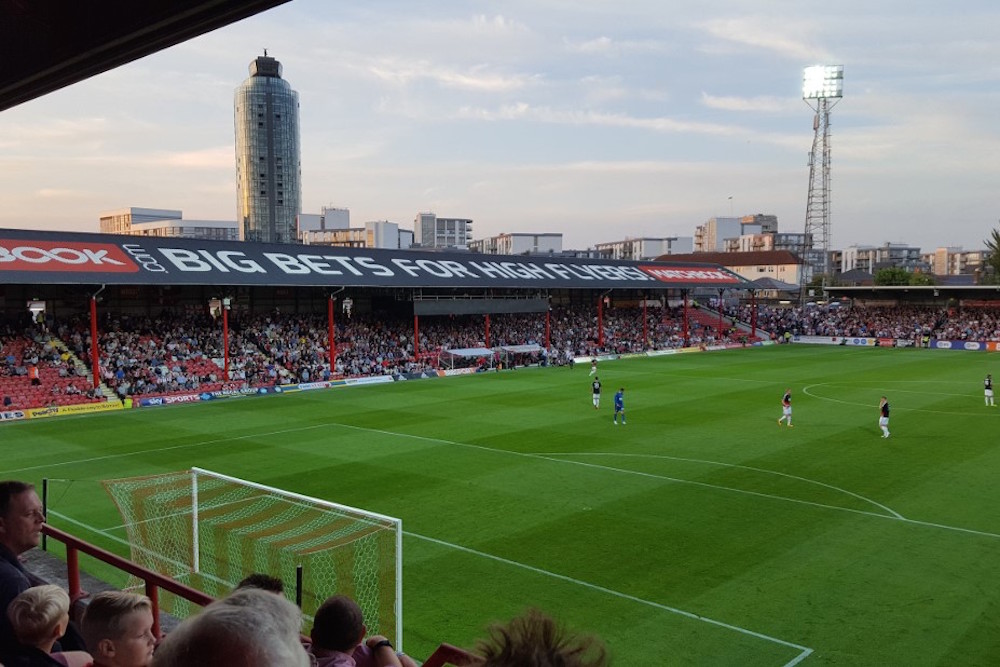 On the eve of the ‘return leg’ with Brentford it made perfect sense to catch up with our December ‘interviewee’, none other than Sky Sports’ presenter and Bees fan, Natalie Sawyer. We talk Sergi, Alex and, of course, Jim White…

Here we go again! Seems like five minutes since your boys caused a pre-Christmas furore at Carrow Road. I hope you realised the pain and angst you caused in these parts! Fortunately for us, things have stabilised here since then albeit mainly when we’re away from the confines of Norfolk. I note – nervously – that in the five league games you’ve played since then, four have been wins and just one defeat, again champions-elect Wolves. I’m right to be nervous, aren’t I…

Natalie: Well, you can be nervous as much as I will be. Just because we are on a good run doesn’t make me feel comfortable. As I am getting older I’m finding myself getting more and more nervous. Having said that and without wanting to jinx us we are doing well at Griffin Park – 13 games unbeaten, and only one defeat in the league, so fans will be confident that we can pick up another three points to keep us in the hunt.

You have every right to be confident to be honest; the one thing in our favour is that we’re away and all our best results have occurred on our travels.

Who have been the stars of this fine mini-run and the season in general? Ryan Woods and Ollie Watkins are names that keep coming up, as does that of Lasse Vibe (although I’m not sure if that latter sticks in my mind because it’s a daft name that appeals to my juvenile sense of humour).

You’ve definitely picked up on some of the players that have been pivotal but we are lucky to have a good squad. The centre-back Chris Mepham has just broken into the first team in the league and his performances have warranted the rave reviews. And Romaine Sawyers, also, earns to be up there as a potential game changer.

Hhmm… You’re currently just three points shy of the play-off places. Is this 2015 all over again? You must be hopeful of sneaking into the playoffs?

Confidence currently is pretty high in terms of where we are and how we feel we should be in contention. We’ve pulled off some great wins and those results have propelled us into a nice position to be just outside the playoffs. If we keep it going, then I’ve no reason to think we couldn’t be a side to make into the top six.

Momentum is everything at this stage of the season and you certainly have oodles of that.

Sergi Canós – discuss. We quite liked the cut of his jib to be honest, but Alex Neil most certainly didn’t despite being the one who signed him. His City career lasted just 202 days during which time he made just nine appearances. One that got away for us? I notice Dean Smith has used him mainly from the bench and he’s only played one full game.

Well, Sergi is a fans favourite because he really took to the club when he was with us in his first spell on loan. He showed a lot of love to the Bees and we were all keen to bring him back in the summer of 2016. For whatever reason it didn’t work out at Norwich and Bees fans were ecstatic to have him back. He’s been plagued by injury so isn’t yet back to peak condition, but he is showing glimpses of the creativity that we saw back in 2015/16 and ultimately for Brentford fans, if a player shows passion on and off the pitch for us they become a hero!

We have something in common. Now that Alex Pritchard is no longer of this parish we both regard him as an Ex. You mentioned in your Q&A with Kathy (prior to said match in December) that he’s fondly remembered at Griffin Park. Your thoughts on his move to Huddersfield?

Well, it’s a great opportunity for Pritch to make his mark in a Premier League team. After playing for Brentford in 2014/15 he went to West Brom in 2016 but that loan perhaps didn’t quite work out for him in terms of establishing himself or attracting the interest of other Prem teams. So, perhaps he’ll have unfinished business now that he’s been given another chance in the Premier League. Be interesting to see how he combines with Aaron Mooy who’s done so well at Huddersfield.

We’re always interested in finding out how others view our club. Please give us Norwich City (in your view) in one sentence that doesn’t include the words ‘Delia’ and ‘Smith’.

A dangerous team on its day, who’s still yet to show the full extent of their ability this season.

Anyone in our side you fear? We did quite well at your place back in September in the Carabao Cup – albeit the landscape has shifted significantly since then – but does that have any bearing on Saturday’s game any more than what happened on December 22?

You did do very well against us in the EFL Cup but for us that is long gone. We had a funny start to the season where our performances weren’t getting the results we deserved – not that I’m suggesting we should have beaten you that day in September – but we are a better team now, playing with more confidence so hopefully it’ll be a different game for us at GP this time around. Looking at your side I’d be wary of Josh Murphy and James Maddison as they seem to be scoring a few for you recently!

Given we’re approaching the end of the January it would be remiss of me to let you go without mentioning Sky Sports’ coverage of the Transfer Window. Are you playing Jane to Jim White’s Tarzan on Deadline Day? And does it give you same thrill that it clearly does our Jim? 😉

I’m not working with Jim on Wednesday although I will be on during the day with David Garrido. It’s one of those days where we throw caution to the wind and just let the day develop. Scripts get thrown out mostly and we just find ourselves rushing around the studio or throwing to the reporters for the latest breaking news. There’s no day quite like it and afterwards, you always come away buzzing from it.

Thanks to Natalie for her time; hopefully her prediction will be as wayward as Jim’s dress sense on Deadline Day.