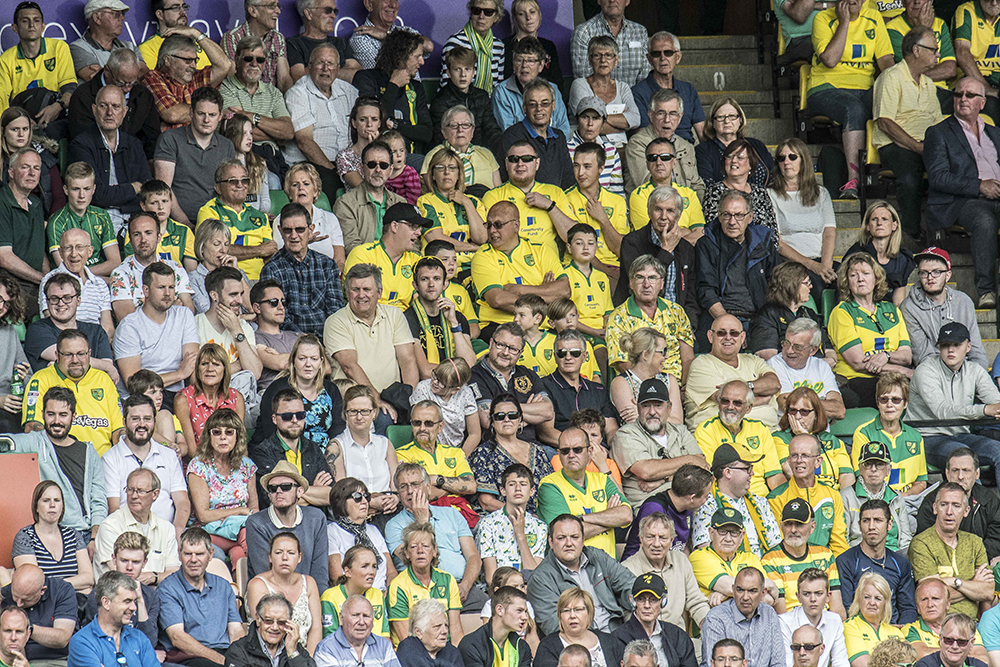 Despite what many of our writers may portray with their verbal meanderings (very good ones mind…), football isn’t life or death.

Nor is it as serious as Bill Shankly will have you believe. To simplify it, it is twenty-two men kicking a bag of wind around a field.

Yet the emotional attachment it creates is simply bewildering to those who don’t understand or share your viewpoint and living in a family divided by football supporters and keen shoppers, I know that to be true.

Particularly in modern times, with extortionate ticket prices, lowering attendances and a game being drowned by millionaires, there is plenty to despise in contemporary football.

The weekend that has just passed was bigger than any three points available to any club at any time. Saturday was about displaying humanity and togetherness in the face of immense loss and suffering; it was day which reaffirmed my adoration of this football club and its people.

People may not enjoy the connotations that come with the tag ‘community’ club, but Norwich City epitomises everything that contemporary football requires to restore it to greatness. This wasn’t commercial, nor was it fallacious or staged. It was a football club displaying humanity, empathy and support for those who required it most.

The spontaneous rendition of On the Ball City was spine tingling, but the beautiful tribute to lifelong City supporter Michelle Dack was full of emotion to someone who warranted it. Although I didn’t know Michelle personally, she felt like a family member, and in many aspects, she was.

It’s incredible how two colours can unite a mass group of people. Every away game they travel, every youth team game they are there and even in the face of on-field stagnation they continue to sell out Carrow Road. This support is unwavering. Admittedly, there are disagreements, but this football club stands united.

The applause was impeccably observed and contained enough emotion to make even the hardiest soul feel it. This highlighted why Norwich are more than just a football club.

Michelle was someone who adored the football club. She shared experiences and memories that will be treasure by her family and friends together, some of which occurred within Carrow Road, some at other footballing venue across this country. Her support for this football club was unconditional and unwavering, and that will never be forgotten.

To have shared the terrace with people like Michelle makes me proud to be associated with this football club. For all the disagreements, there is more which binds us together than that which tears us apart.

For her partner Ian, whom I only know through Twitter, words will never be enough, but Norwich City and its supporters will provide him with warmth and strength along with a plethora of memories of his love. In my book, that is more important than any goal which will ever be scored in NR1.

With ever supporter, a story has been written. A generational timeline that began with a relative or an influence that means you, the reader, scan these pages in search of your Norwich City fix. This individuality makes this football club amazing – better than any trophy available.

Football is an emotional game but also one capable of significantly impacting lives and communities. This outstanding work is reinforced by the unbelievable work of the Community Sports Foundation, who consequently work with children in Norfolk and beyond on behalf of this club.

On pitch matters are not the be all and end all; football offers a beacon of hope when it appears life is drowned in darkness. The community, the togetherness and the humanity of this club continually astounds me and it’s palpable upon arrival to Carrow Road.

If anybody required an ounce of love, strength and happiness on Saturday, it was Simon and Ethan Thomas. That family has been ripped apart by tragedy yet continues to inspire. Ethan was a mascot for the Boro game on Saturday and the memories gained by him will hopefully be cherished for the rest of his life.

Simon is a Norwich City fan, a member of this family. In the face of adversity and immense lose, he continues to inspire us all with his strength and devotion to his boy. Football is just a game but one that can be so much more. Football is a connective element; ninety minutes of normality amongst the ocean of grief.

It can be a bewildering and lonely place. Broken bones heal, but grief is indescribable, a tsunami of confusion and in the darkness, I sincerely hope Ethan and Simon enjoyed a day to remember.

As a supporter, I wanted Norwich to win for Michelle, for Ethan and Simon and for Chloe Smithson.

This was so much more than football. This was a day to display solidarity, to display resilience and prove football can be a force for good. It provides a fraction of light amongst several worlds suffering and in darkness.

Pride was the overriding emotion. This was a football club standing together in unison. As one.