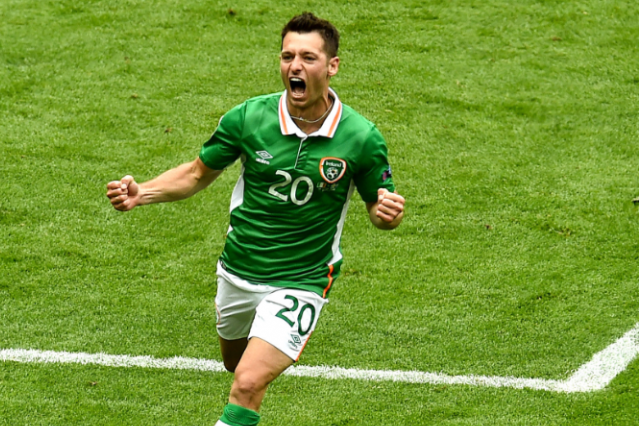 I briefly had a taste of what it’s like to be in close quarters with Wes Hoolahan, and like so many defenders in the past decade, just get sidestepped with ease.

Okay I’ll admit I wasn’t on the football pitch but meandering up Queen Street in the Fine City just a day or two after Norwich had been relegated from the Premier League in 2016. I was doing my usual indulgent habit of daydreaming- about what could have been – and then I quite literally nearly bumped into Wes as he came out of the bank.

It was a strange one, as we were both heading in the same direction, so we just started chatting, him only too happy to answer me. I asked him about the Watford win, the way we (the fans) accepted relegation and why we couldn’t play like that all season. What were we missing? I asked, equally exasperated and intrigued.

He replied: “Difference between us and Watford this season was they had two strikers putting the goals away in Deeney and Ighalo, and we didn’t. They’re not any better than us aside from that”

A refreshing reply…I couldn’t do anything but agree. He assured me he’d be staying at Norwich for the next year, I wished him well for the summer in France at the Euros, and we parted ways as I headed for the nearest watering hole for a cold lager and Wes did whatever an athlete does on his day off. Although only one of us won a Norwich player of the season award in 2016, aha! Okay enough about rugby…

Breathing life into otherwise docile sides is what Hoolahan does best. Refreshing, nimble, mercurial are all words to describe the way he glides around in ‘the hole’ and when it really does look like he’s under the cosh, he’ll do the classic 180 or 360 turns with the ball attached to his foot like his marker isn’t even occupying the same postcode.

He did this time and again for Norwich and Republic of Ireland…notably in a famous 1-0 versus reigning world champions Germany in Euro qualifying, and then again with a man of the match display against Sweden at the 2016 tournament itself.

Hindsight is a wonderful thing, and although I’m not sure stubborn Trapatonni would be gracious enough to say he’d have taken Wes given a second chance at Euro 2012…it’s evident for all to see when the wee man doesn’t play and the side lacks attacking creativity.

I incurred the wrath of Keith Fahey by cheekily saying how all the Keiths (Andrews, Treacy etc) got call-ups ahead of Hoolahan back in the day. And it has also been noted on Twitter how his national team always valued defensive stoppers over magicians. One is usually seen as an absolute necessity, the other a luxury.

It’s why Glenn Whelan has 83 caps and Wes Hoolahan ends the international story on 43. But nobody can take away what he has done, and perhaps recognised to a lesser extent…the joy he brings spectators of this great game. Quite simply it’s why we pay the money to go through the turnstile, or at least switch the television on.

I’ve many Irish friends scattered around Cork who say the same and pointed me in the direction of his biggest fan on the Emerald Isle, the pundit Eamon Dunphy. Dear Lord, go watch clips of him on YouTube if you are short on entertainment this week.

Not since Darren Huckerby has Carrow Road been blessed with such a naturally gifted footballer, that inane ability to bamboozle defenders and to all intents and purposes not look like they know where they’re even going themselves, but like all players a cut above, they just make it work. Somehow.

Dion Dublin was right when he said a decade ago that we’d not be able to compare Hucks with this incoming player from Blackpool. Also, before I forget – nearly ten years a Canary – yet Hoolahan has a total of zero defeats to Ipswich Town against his name.

Roy Keane said he first become acutely aware of Wes Hoolahan as a real prospect under the Lambert years, and I guess it wasn’t until the halcyon days of double promotion were in progress that I started to appreciate him in full flow.

The all-conquering triumvirate of Grant Holt, Chris Martin (come home Chrissy) and Wes were a joy to watch, tearing apart and toying with League One defences like lions picking at a zebra after it’s already snuffed it.

The yellows had that same invincibility about them when we gained Championship promotion- who can forget Derby County 3-2 in the April 2011 sunshine? “IT’S HOOLAHAAAN……OH AND IT’S GONE IN……UTTER CHAOS AT CARROW ROAD!”

Great days. Great player. Happy international retirement Wes, and if indeed this is your last season as a Canary…well thanks for everything.

Listen here Mr Webber……give this man a testimonial in the summer!