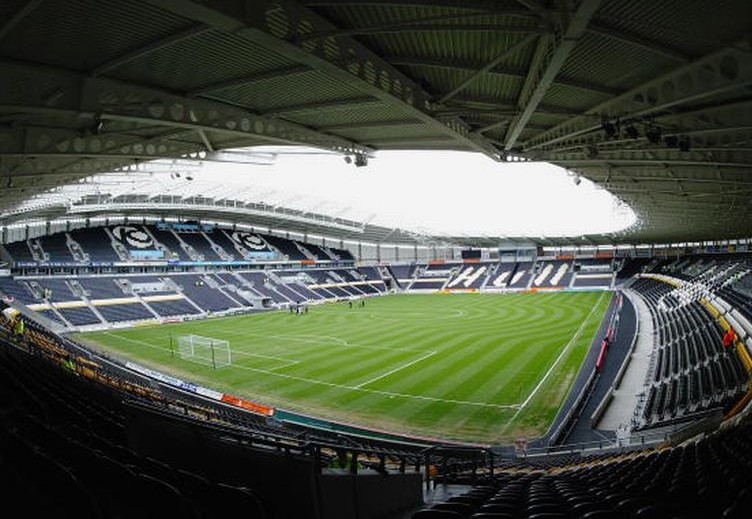 Ahead of tomorrow’s game in Hull, I spoke this week with Andy Dalton, editor of the award-winning Amber Nectar website and podcast. Obviously, there was rather more to mull over than footie alone…

G: Before we get into the nitty-gritty of stress balls, whistles, shyster owners and, of course, a bit of football, tell us quickly about your Hull City journey. And also where you fit into Amber Nectar.

A: Like so many kids, it started with a free ticket with school, in November 1990. A 5-2 seeing to of Leicester at Boothferry Park was the outcome, and that was that. Luckily, City have wisely decided that free tickets for schools don’t work and have recently stopped them.

Oops, skipped ahead to our owners already didn’t I?

Eight years later, a friend and I set up a fanzine, back when they were paper magazines. And twenty years later, now exclusively online, we’re still swearing gratuitously about the eternal force of exasperation that is Hull City AFC.

Good stuff. Okay then… I reckon there’s stuff you need to get off your chest. We all saw the stress balls being hurled onto the pitch and heard the whistles a couple of Fridays ago. For the few that don’t know, remind us of the state of play in Hull with regard to the lovable Allams?

The Allams, eh? They brought us “Hull Tiger” (having lied repeatedly about not doing so, then consulting fans if they did). Steve Bruce, our best ever manager, was forced out. There are no concessions for kids, old folk or the disabled. Our best players are sold and replaced with loanees. And it’s little things too: a popular walkway near the stadium was shut on non-matchdays for “terrorism” reasons, for f*ck’s sake, just so as many people as possible could be inconvenienced.

Blimey. Not exactly going out of their way to endear themselves to the Hull faithful. Would love to know why/how no concessions can ever be seen as anything other than a bad thing.

How do you see this stand-off ending? Given the Allams aversion to concessions and such like, I’m guessing that Hull fans will – if they’re not already – vote with their feet? What would be your ideal scenario?

It will end with the fans victorious. They always do, because we’re here first and we’ll be here when they’ve gone. The problem is that City will be in a shocking condition when they’re finally gone. But at least their reputation in Hull – where they actually live – will rightly be in the sewer.

They actually live in Hull? Assumed they were aloof owners who mis-managed proceedings from afar. They’ve got balls, I’ll give them that.

We, sort of, have the opposite issue here. Owners who have been here for over 20 years, who played their part in saving the club from possible extinction, but who are now viewed by many as applying a handbrake to the club with their reticence to consider external investment. I feel a ‘be careful what you wish for’ coming on.

Prudent owners who are also fans who oversee a full stadium, a reasonably competitive side and healthy finances (we’re also about £70m in debt)? Sign us up. We’ll swap if you like!

Hhmm. We’ll pass on the swap if that’s okay.

Have all the shenanigans off the pitch affected performances on it? The selling off of most of your best players clearly doesn’t help!

Saturday is the fourth of four home matches in a row. We lost pathetically on Tuesday, drew disappointingly before and won only the first of them – at which we protested…

Within the current side, who has risen above it all and shined on the pitch? In other words, who’s going to hurt us tomorrow?

No-one’s going to hurt you. It’ll be a fairly routine away win, 1-2 I’d guess, and while that may not feel as if it’s vastly advancing your [Germanic] revolution then it’s better than the wreck of the club you’ll be taking all three points from.

Am feeling your pain Andy… although I wouldn’t be quite so generous about conceding the three points. Although our away form has been decent, we have earned ourselves, over the years, a reputation of being a little ermm… fragile at times.

You going to be okay this season though aren’t you? You’re hovering just above the unmentionable right now, but surely you have enough good players to see you safe?

Cheers to Andy for his time. There’s a salutary lesson in there somewhere – a fairly obvious one – especially for those like me who bang on about the Smiths and their infamous handbrake. Regardless of what occurs on the pitch tomorrow, there’s a far more important battle being fought by the Hull fans, one that I know we’re all fully behind.