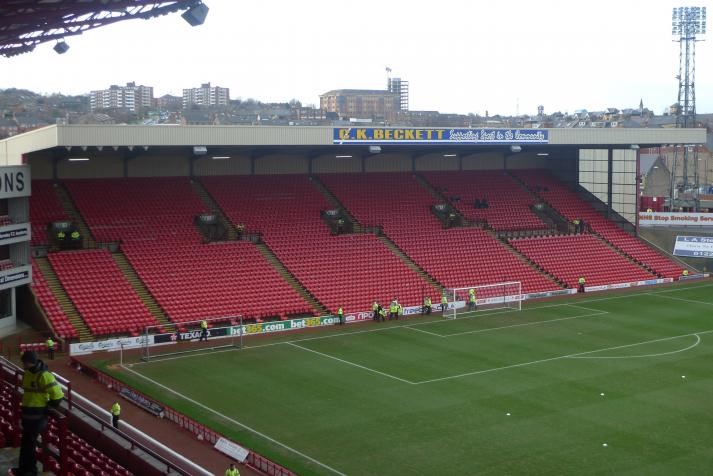 Ahead of tomorrow night’s encounter with Barnsley, (well, ahead of the postponed match to be honest) I spoke to Rob Miles – editor of Tykes Mad – on his team, all things football, the weather and Marley Watkins.

Barnsley have recently appointed one of Jose Mourinho’s entourage to become the club’s manager [José Morais]. Have early signs been positive and does he have the required skill set to keep the Tykes in the division?

He certainly talks a good game and the vitally important win at Birmingham was a good start! It’s one win, one draw and one defeat under his reign now so he has experienced everything!

It’s been a tough year for Barnsley hasn’t it? The death of owner Patrick Cyrne sent shockwaves through the footballing world and I’m sure all Norwich supporters will extend their condolences to your football club.

With Payl Heckingbottom departing to rivals Leeds and a lot of key players fleeing, how is the general mood amongst the supporters?

I think the natural feeling for a Barnsley fan is to be pessimistic. This time last year we were hovering around the top ten and now we are struggling to stay up, which isn’t really a surprise when you consider the players we have lost. I will always remain positive about staying up because we have been in far worse situations in the past and survived and I do believe there are three worse teams than us in the division.

A few eyebrows were raised in these parts after the deep-pocketed owners swaggered into Oakwell with many Norwich supporters envious of that. What does this new ownership mean for Barnsley though and will it see expectations invariably rise as a consequence?

When the initial word came out about them and the words “Chinese billionaire” naturally everybody’s expectations shot through the roof. However, since the takeover and the owners have spoken I think it is quite a bit different. First of all, the Chinese billionaire Chien Lee is just part of a consortium and they have stated they want to promote the club off the field to generate income for matters on the field rather than just throw millions at the club. There wasn’t much activity in January either, so it is still a bit of an intrigue as to what they will bring. I feel we may see more of what they are about in the summer.

Now, I’m a fairly young person, 18… and I was mascot for that game at Oakwell in 2011 when Andrew Crofts scored an unbelievable volley on the half-turn. What are your memories of this fixture?

That we were well beaten, as we tend to be against Norwich. One win in 14 meetings shows that, and we tend to get smashed at Carrow Road! Norwich always have a sore spot with me too as they relegated us in 2002, though we did get some modicum of revenge by beating Plymouth to relegate the Canaries in 2009!

A benefit of being a Norwich supporter is the geography of the club. Norwich are isolated in terms of location and thus those from Norfolk tend to follow those donning yellow and green. How difficult is it for Barnsley to compete in regard to getting supporters and academy prospects due to the high population of sides in a small area?

Not just the amount of sides, but the amount of money these sides have too – Leeds and the two Sheffield clubs have much bigger budgets than ourselves – that’s why they tend to pinch our best players and our manager! I think our academy is one of our bigger strengths though when you look at some of the players who have come through that recently – John Stones, Mason Holgate, James Bree. It shows that good young players do want to learn their craft with us, as they know they will probably find an easier path to the first team.

Rob, Marley Watkins… Talk to me. What is he? Where is his best position?

He always seemed to do his best work for us on the wing, supplying the likes of Sam Winnall but when we lost Winnall he played more up front and did become an integral player for us towards the end of the season, scoring crucial goals, which is probably something he had not done enough beforehand. I would certainly have him back at Oakwell!

James Maddison… rate him or hate him?

Yes, rate him highly, although some of the fees being mentioned are mind boggling! Norwich would certainly be much worse off without him.

Right Rob, time to get down to the generic stuff. What is your official prediction and line-up ahead of Saturday’s fixture?

I fancy us to pick up a point, so I will go 1-1. Hard to gauge the line up at the minute as Morais has rotated in each of his three games but if pushed I will say Townsend, Yiadom, Lindsay, Pearson, Pinillos, Gardner, Williams, Potts, Thiam, McBurnie, Moore.

Thanks to Rob for his insight, let’s hope this preview is, this time, followed by a match!