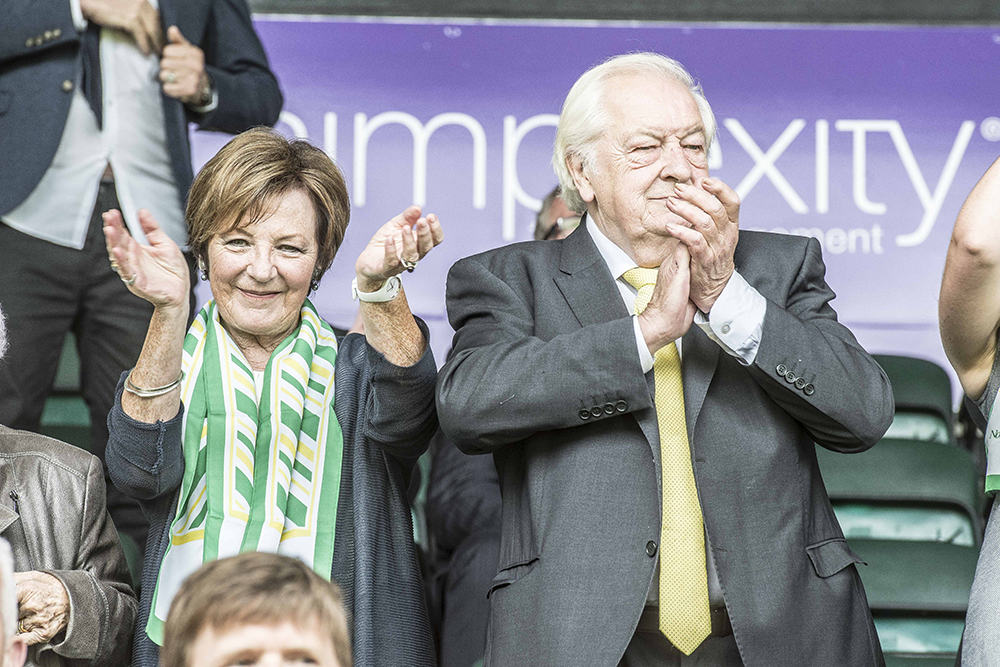 Norwich City is a self-funding club with Delia Smith and Michael Wynn-Jones as the majority shareholders. They, rightly or wrongly, are both facts. Without investment looking likely anytime soon – again rightly or wrongly – Norwich will need to be creative with their financial outlook.

I’m not going to begin to delve into the ownership debate, that’s been covered enough times by people more educated than me.

In that opening paragraph, I have used words which are met with angst and infuriation by supporters. ‘Self-funding’, ‘investment’ and ‘creative’, you can almost hear readers tense up at their mere mention. When Norwich unveiled plans for an improvement to Colney training ground, many sharpened their pitchforks, ready to aim their anger to all quarters.

I’m not saying that is right or wrong, but it’s intriguing.

The Premier League gets packaged as the ‘promise land’ where money is no object and dreams are achieved. In truth, it is a commercialised, average and overhyped land full of false ambition and broken promises – see West Ham Utd. Shiny new stadiums, rising transfer fees but yet a sense of short-termism and lack of fulfilment.

Saga after saga. The media become less interested in what happens in between the white lines and more so regarding off-field player behaviour or latest scandal – see Jamie Carragher.

The clubs stink of wealth, and they plunge it all into big names and agent costs. Despite having this degree of money, ticket prices are still through the roof and supporters expect their club to stay in the division. It is so regressive.

It’s no coincidence that the emergence of England’s leading division has coincided with the demise of England’s national team. It is about success, at any cost or measure. There are no ethics implied for young players, released without checking their psychological well-being.

It’s all a bit tedious in honesty.

Norwich lie out of it all, and while it means dipping your toe amongst the top guns of European football, the money and lack of care for supporters makes me rather glad to be out of it.

It’s also what makes this new-found approach more pleasing. Norwich are attempting to buck the trends and, admittedly, they may struggle for finances and recruitment on a low budget but that is where they currently stand. Rightly or wrongly.

With the shadow of the infamous Times article hanging in the backdrop and the wasted millions still burning a hole, you can’t blame supporters for feeling aggrieved at the club’s cry for additional resources, investment or not.

£3.5m is a minuscule amount for a Premier League side basking in all their wealth, yet how many clubs would invest in their academy? Southampton, Manchester City and Arsenal aside, there are little advocates of the academy system, although I’m willing to stand corrected. No Hunger in Paradise is well worth a watch (a BT Sport Documentary) as it highlights the pitfalls of the system.

The concept is excellent, once which is suitable for all parties, from investor to club, but is naturally dependent on promotion. In many ways, it raises expectations further. Those investing in the project are expecting their investment being made worthwhile, whether that be £500 or £25,000.

Yes, the financial rewards if all goes well are attractive, but those investing want a return on the pitch also.

Those who don’t possess the luxury of finances are rightly feeling angry. Why should they pay more on top of the most expensive season ticket in the division? The answer, they shouldn’t. The club are being forced to rake over their mistakes; expensive ones too. With angst being displayed on all quarters of social media, there is a clear ripple of discontent towards the ownership debate.

Delia and Michael have been wonderful for this football club, and, as previously stated, I’m not going to delve into the debate surrounding their position. I’d hate for it to go sour, mind you.

I expect to be questioned on why Norwich didn’t spend this money while occupying the upper reaches of the English game. I doubt many supporters would have been onboard if the club opted to invest in their academy and training facilities over a new signing. It’s not a turn on for supporters.

But the truth is, Colney has been riddled with a mishmash of temporary solutions installed based on the premise that redevelopment would take place once the club stabilised in the lucrative Premier League. Norwich City is playing catch up over a lack of strategic investment. The scattergun approach is being exposed horrendously.

That explains the bond.

It’s more reliable than a bank loan. It’s slightly more innovative and clever, and for that Tom Smith deserves credit. Finally, the club is thinking in a way that is sustainable and more akin with contemporary football.

It worked for Stevenage and it will work for Norwich. The future is much smarter with this self-funding model, it’s creative and innovative. While the top clubs are blowing £100m+ on a new midfielder who dabs more than he completes passes, the smaller clubs are revolutionising football – see Brentford as an example.

Bold? Absolutely, but haven’t Norwich City been too vigilant in recent years?