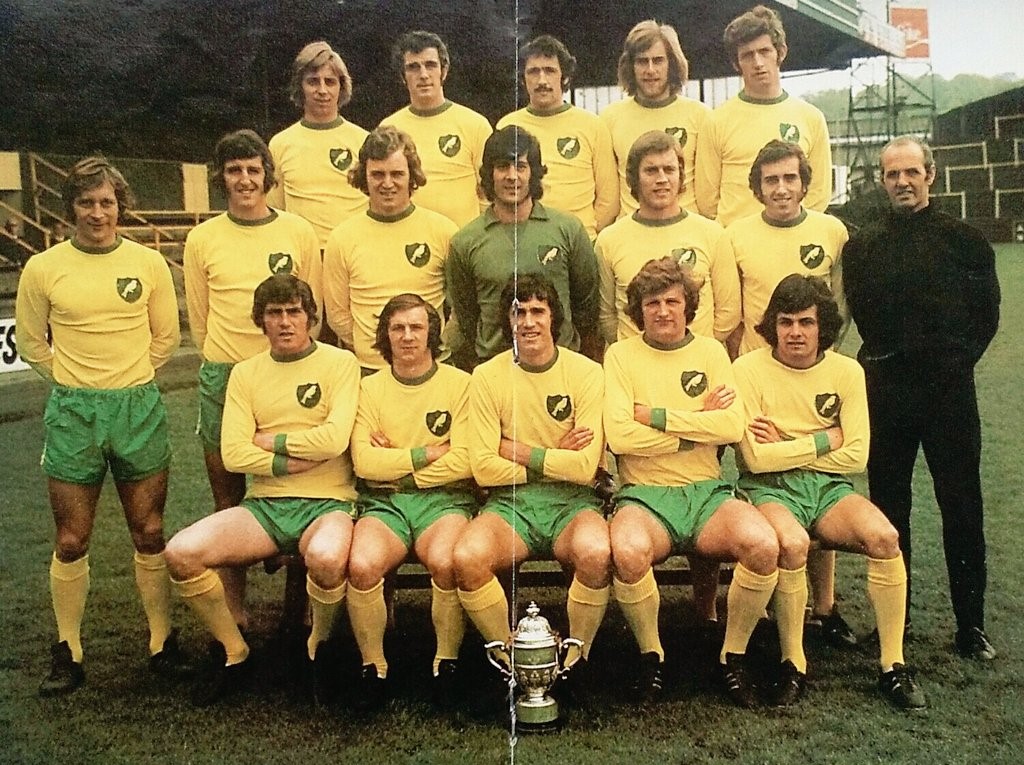 It was the decade when it was firmly believed we’d all be flying around in hover cars, holidaying on the moon and foregoing conventional meals in favour of tablets that would meet all our nutritional needs as we got on with our days.

Days that were mostly spent at leisure as the scientists that had confidently predicted all of these things back in the 1950s had also revealed that we’d have a two-day working week at most and that all of our household chores would be done by robots.

The truth, as it turns out, is that he we all are in 2018 when the next big thing in automobile technology is one that is driverless, we holiday at home and feast ourselves silly on meals that we heat up in a microwave oven.

The 1970s was a golden age for football as well. At least we try to think it was anyway.

After all, when everyone had finished their chicken in a basket and raised their glass of Blue Nun to an exciting new decade, England were still world champions, Everton were league champions and Manchester City were the FA Cup holders. They’d ended that decade as one of the dominant forces in the English game, having also won the league title a year earlier and would, a year after winning the FA Cup, go onto be successful in Europe – winning the much missed European Cup Winners Cup, beating  Górnik Zabrze 2-1 in the final.

“Something special is coming to Manchester” announced their coach, Malcolm Allison. I guess you could call him the Jose Mourinho of his day.

Except he was far more likeable than Jose will ever be.

But what of the Canaries?

We’d seen out the Sixties by finishing a disappointing 11th place in the old Division Two. There’d been no cup excitement to distract fans from the day to day grind of mid-table mediocrity either as we’d succumbed at the first hurdle in both competitions. It was the second consecutive season we’d gone out of the competition in the third round and we’d do so on another five occasions without a break until, finally, in 1976, we staggered past Rochdale and Luton before losing at home to a Bradford City side whose squad had been so ravaged by flu, they could barely put out a team.

Normal service was resumed over the next three seasons as, still giddy from reaching the fifth round for the first time since 1963, we exited at the first opportunity for another three consecutive seasons.

“A good cup side” is a standby line for many a TV and radio commentator when they’re talking about Norwich. Usually as we’re being knocked out of one of them.

1969/70 had also been a disappointing season in terms of the number of goals that the team scored. Just 49 in our 46 games, a pitiful average of just 1.16 per game. Even Hull City, who finished two points and two places beneath us in the table, had rattled in 72 goals that season, thus giving their fans some excitement.

We, on the other hand, were miserly, that miserable total only enhanced by a 4-1 win over Portsmouth and a 6-0 romp over Birmingham over the closing weeks of the season. Quite where they had come from is anyone’s guess, but you wouldn’t be far wrong in suggesting a prodigious young talent signed in the early weeks of that season might have had something to do with it.

His name was Peter Silvester and, as well as getting one of them himself, he was also there in the making for all the other Canary goals in that game, namely for Ken Foggo (2) and Albert Bennett and Graham Paddon (one apiece), with an own goal making up the total.

Silvester had claimed many of the Canary headlines that season and he did so again during the following campaign, 1970/71, with 15 goals; a total shared with Foggo. The latter was, in particular, a popular figure amongst Norwich fans, even if he didn’t always please manager Ron Saunders; a man who believed that all good things came from physical effort and workrate but didn’t always see it in Foggo.

Quite how he even began to tolerate Graham Paddon’s presence in his team and squad then is something else.

Paddon had been signed from Coventry City in October 1969 for £25,000 – not a small amount, certainly for the Canaries, at the time. He’d made just five league appearances for the Sky Blues but had scored one goal in that time and was a proverbial hot prospect; a midfield talent who would go a long way in the game.

Paddon was naturally gifted, there is no doubt about that. His left foot would have cleaved open a crusty baguette whilst the ferocity of his shot made many a goalkeeper reluctant to face him in training. He was keen in the tackle, could see a pass before Nostradamus and covered every inch of grass on every ground he played in at least twice.

So, he definitely fitted the Saunders mould as a player. Where the Canaries stentorian manager may have had problems with Paddon was in the way he looked, dressed and lived his life. Saunders tolerated Kevin Keelan, another free spirit at the club mainly because Keelan was pretty much irreplaceable – a priceless asset who was, even when the club were in Division Two, one of the best goalkeepers in the country, never mind Division Two.

But Paddon, with his shirt permanently flapping over his shorts, with a beard we would now call a hipster’s and long blond hair cascading in his wake as he ran must have been a visual anathema to Saunders.

Yet, importantly, Saunders knew just what a good player he was. One vital to his plans of taking Norwich to the top flight and one who survived to not only play there but thrive in such rarefied surroundings.

Paddon hadn’t, initially, been that keen on a move to Norwich, reasoning that with the Sky Blues an established First Division club and with him starting to get some games in the first team, his fledgling career would be rather more hindered than helped, by dropping down a division in order to join a club that had never played there.

“Sign for us and you’ll be playing in the First Division within three years” was Saunders pledge to the then 19-year-old Paddon. He was as good as his word. Norwich won the Second Division title in 1972 with Paddon a mainstay of that side, 40 games played, and eight goals scored, one of which came in the 2-1 win at Orient on April 24th (Norwich’s seventh game of a hectic month) that guaranteed promotion.

Seven months later Paddon was back in London, hitting a hat-trick as Arsenal were seen off to the tune of 3-0 at Highbury in the League Cup quarter finals.

Norwich had, suddenly, become a “good cup side” again. Paddon hit five goals during our League Cup campaign that season, one which ended, sadly, with a defeat to Tottenham in the final. But if that defeat was disappointing to anyone and everyone around Carrow Road, the win at Arsenal had not only thrown the club into the public glare, it had made Paddon a player who would soon be coveted by other clubs.

Much like another one-time Coventry City youngster now wearing Norwich colours has done this season.

It was West Ham who eventually lured Paddon away from Norwich with not only a big cheque but a big name of their own, one Ted MacDougall, who made his way to Norfolk as part of that deal that saw Paddon head to Upton Park and, two years later – in 1975 – win the FA Cup with them.

Ted’s arrival softened the blow of losing Paddon somewhat. He didn’t run around as much, in fact he didn’t really do very much running at all. But then he had Phil Boyer, the man who ultimately slipped into the Paddon role (and number 10 shirt) at Norwich to do it for him anyway.

Yet, for all that, it didn’t seem quite right watching Norwich for a while after Paddon had left for pastures new. We missed his energy, his goals, his ferocious shot and, yes, we missed the fact that he was a character; a bit of likely lad who played the game and lived his life with a smile on his face. It was a smile and infectious personality that helped put one on the faces of many Norwich fans at the time.

Again, in much the same way as that other one-time Coventry City youngster has done this season.