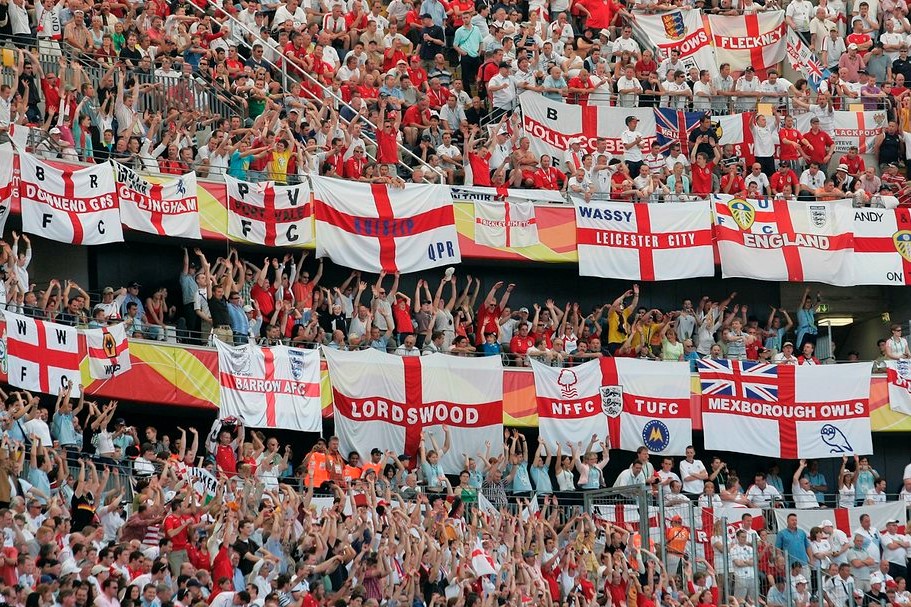 It’s been a while since there has been an England men’s team I felt able to get fully behind.

That bi-annual routine of comfortable qualification followed by tournament disaster took its toll and, as hard as I tried, the buzz that should accompany an England international – and accompanies every City game without fail – simply disappeared.

England games would come and go and be met with indifference. The sports nut in me meant I’d invariably watch them but only in the same way I’d watch an England rugby or a hockey international. I’d want them to win but it was all a bit… meh.

I can even trace the beginning of this period of apathy back to a moment in time: Sunday, June 27, 2010, in Bloemfontein at around 16:30 BST.

England were already 3-1 down to Germany when, on 70 minutes, a German whose name escapes me knocked the ball down the left flank in the general direction of Mesut Özil. Running across (use the term loosely) to close him down was one Gareth Barry.

It was a foot race. Özil was Usain Bolt. Barry was the bald, overweight bloke (ahem) who made a t1t of himself in the sports day parents race. One was running in spikes on high-spec Mondotrack (other quality running tracks are available), one was plodding through quicksand in wellies.

It was excruciating to watch as Özil got to the ball a full ten minutes ahead of our hero in red, before whizzing down the wing and squaring it for Thomas Müller to make it 4-1. It still haunts me to this very day.

Unsurprisingly, Henry Winter’s analogy in The Telegraph captured it infinitely better than mine:

And that was it. It was involuntary, but I could take no more. I wasn’t alone.

It’d be unfair to blame Gareth Barry alone of course – but his car-crash moment was the final straw.

The ‘Golden Generation’ were anything but and, instead of a trophy, delivered nothing but heartache and crushing disappointment. They were impossible to love. Charmless. Gutless. Arrogant. Full of swagger but without the winning knack to match.

As one who, as a younger man, attended virtually every England game at Wembley, and who spent a fortnight in the South of France in 1998, which included trips to Toulouse and St Etienne (Michael Owen’s goal v Argentina – I was there), to fall out of love with my national team was quite something.

Yet something equally odd happened on Friday night while watching England narrowly beat a very ordinary Netherlands side. It dawned on me that, in general, this group are likeable. So too the management team. It was only a friendly but for the first time in ages, it felt like it mattered.

I didn’t feel the air of unwarranted swagger or the sense of equally unwarranted entitlement.

We’re still not a great side, albeit it includes one or two potentially great individuals, and there should be no sense of expectation of anything other than progressing beyond the group stages. But at least, for the first time in nearly eight years, there feels like a reason to get fully behind them.

Now watch them bomb against Panama in Novgorod!

On the flip side of the likeability chart – *some* of those England fans in Amsterdam.

That thousands would travel to Amsterdam was a given; it’s a beautiful city with loads of canals and museums 😉 , so that it would be flooded with English folk who were looking to sample the city’s delights was obvious. Unfortunately, what was also obvious was that a minority would act like animals.

Downtown Amsterdam was no place for tourists on Friday and its residents will have been relieved when afternoon turned to evening and the English masses headed to the Amsterdam Arena.

Not though content with having created havoc in the city, they then proceeded – after the home crowd had observed our national anthem impeccably – to boo and sing throughout the Dutch anthem, and generally act like… England fans.

There were over 100 arrested over two days.

Of course, it’s not all England fans – as I was told in no uncertain terms on Twitter and, despite his unnecessary use of Anglo-Saxon, the gentleman was right – but however small the number who behave in this way, all of them are tarnished. And ultimately, we as a footballing nation are tarnished.

That this behaviour seems to have taken on a new zest and intensity over the last 21 months may just be a coincidence. But, whatever its source, it does little to make us feel proud and even less to make us appear likeable.

Finally, on the premise of this being a Norwich City and not an England site (sorry), I couldn’t let the moment of Jamal Lewis’s international debut pass without comment.

The rise and rise of Lewis has been astonishing and I go back to a conversation I had with the City’s director of communications, Joe Ferrari, prior to the second pre-season friendly of the summer at Lowestoft’s Amber Dew Events Stadium.

Joe mentioned in passing that Jamal had been quickly identified by Daniel Farke as one worthy of being given a chance, and true to his word the head coach did exactly that. Initially behind both James Husband and Harry Toffolo in the pecking order, and further hindered by an injury picked up in the latter stages of pre-season, Jamal grabbed his chance the very second it was offered to him.

A string of excellent performances – the only slightest of blemishes being an uncomfortable afternoon in Hull – brought him to the attention of Michael O’Neill and having represented the province at youth level, courtesy of his Belfast-born mum, he understandably jumped at the chance of joining the full Northern Ireland squad.

That O’Neill saw fit to hand Lewis his debut at the first possible opportunity suggests the Northern Ireland manager was quickly drawn to those same qualities that so impressed Farke.

And, no surprises, Jamal delivered yet again. Another accomplished performance in testing circumstances, epitomised by his energy, his willingness to join in when the opportunity arose, and some solid defending.

Now he really is one to be proud of.