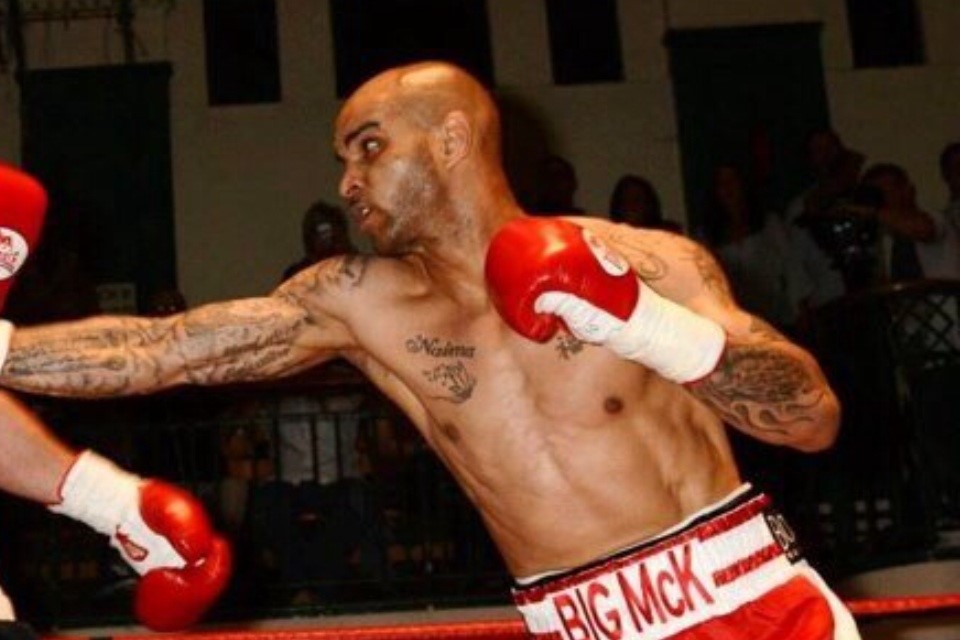 Boxing is heavily engrained in my DNA. While I cannot punch my way out of the proverbial wet brown paper bag, my dad Len was Royal Engineers middleweight champion either twice or thrice (depending on how many lagers he’d had when recounting the tale) and boxed for the Army against the Navy more than once. All in the1940s.

On demob, he trained and sparred at West Ham Baths and boxed at Bethnal Green’s York Hall as an amateur on several undercards to professional bouts. He was offered what seemed to have been a slightly dodgy pro deal and thus turned it down to join the police, a decision I doubt he regretted.

Uncle Joe was a painter and decorator who sometime worked for promoter Jack Solomons (as influential a figure then as Barry Hearne is today) and thus often got free tickets to fights at Wembley’s Empire Pool, featuring Henry Cooper, Brian London, Jack Bodell and Terry Downes. Look ’em up.

When he died he left me a fantastic batch of programmes, which unfortunately became forever lost on a removal from Blofield to Coltishall. As did a few pieces of my more valuable vinyl. Hey ho.

Uncle Albert (not that one) was a merchant seaman (like that one) and a pug as well but his fighting tended to take place in cathouses and bars in South African ports, leading to him spending more time in the brig than the engine room.

So, what’s all that got to do with NCFC? Well, plenty actually.

I’ll start with Kevin Keelan. Against Northampton in the late 1960s and possibly one of only about three or four matches I attended as a youngster throughout that entire decade he had been barked, boll*cked and bitten throughout the game by their bruiser of a striker – one Tommy Robson.

At the point of one elbow too many KK decided he’d had enough of Tommy’s attentions, disregarded the whereabouts of the ball and smacked Robson straight in the kisser.

Classily he didn’t wait for the ref’s pointing finger (no actual red cards in those days) and walked straight down the tunnel.

Moving on a couple of decades or so, there was an occasion when we signed a certain striker who possessed a model wife, exotic pets and a floppy haircut. He was introduced to one of our other players, who apparently said “I’m the hard man around here. Watch out you flashy individual or it’s this”. ‘This’ meaning a raised fist.

Player B said to player A: ‘I don’t like you either – go on then, get it over with’. Before player A could land a telegraphed blow he was decked, thus losing all dressing room credibility and was shipped out of the club shortly afterwards. Player B stayed and contributed a great deal to our cause for quite a while until the advent of the Chase fire sale.

He had his own oft-sung song, which player A certainly never did.

And then, of course, there was Worthy and Co’s disastrous trip to Fulham for that relegation showdown. Sure, there were rumours about a crazy decision to announce that several playing contracts were not being renewed immediately prior to that journey, but I don’t know if that’s true or not.

What I do understand on good authority is that (I’ll go for players C and D this time) is that player C had been paying far too much attention to the wife of player D. That kind of thing happens in all walks of life, not just football, of course.

Anyway, a coach is an enclosed environment. Player D was not to be messed with, as player C quickly discovered. Pugilistic action followed and our relegation was completely assured. Before we’d even kicked a ball.

Which leads me neatly on to the amazing McKenzie family, with Leon in pole position. An instant NCFC hero (“top of the league at Portman Road”) who quickly got his own song: He scored against the sc*m, he scored another one. We all know it.

Leon is the son of British champion Clinton and the nephew of a further British and European champion, the probably better-known Duke. When he quit football for good, he fought several times in the super-middleweight division as a professional boxer. I can only think of Curtis Woodhouse, ex of Sheffield United, who has ever attempted anything similar before.

All of us City supporters wished Leon well in his battle against depression when it was disclosed, which I believe (and sincerely hope) he is very much winning to this day.

And as for the boxing world of right now, I had the privilege of meeting Cromer’s finest – Liam and Ryan Walsh – at their training base a short while ago. The twins were wonderful, warm and welcoming for a short chat.

And if I had to choose three of our players I would definitely not get in the ring with, they would be Iwan, Duncan Forbes and… Craig Bellamy – ha!

I try to be as honest as I can so I should provide a couple of caveats to this article, namely:

The inspiration for it came from our very own General Melchett, with whom I had a brief chat on MFW last week which touched heavily on boxing. Many footy fans love the noble art. Thanks, General. Bah!

And before the usual suspect (not you Jeff; I actually quite like your comments) appears to tell me I have written unresearched, unsubstantiated, non-citated drivel I will say just this: Neither MFW or myself wish to be done for libel, hence the A, B, C and D references. The tales in the article are to very the best of my knowledge true and told to me by NCFC insiders, privately.

We’re all Norwich on Sunday now though aren’t we? 😂 #nufc #afc #ncfc #thfc

On your Neck, City!@OnYourNeckCity·
57m

For the penultimate time this season, we podded and it was awesome.

@afcb_r0b If us #ncfc reacted like this after every loss the rate of strokes and heart attacks in Norwich would be off the charts. It’s a game, important, but not that important. That reaction is saved for when something real is threatened.