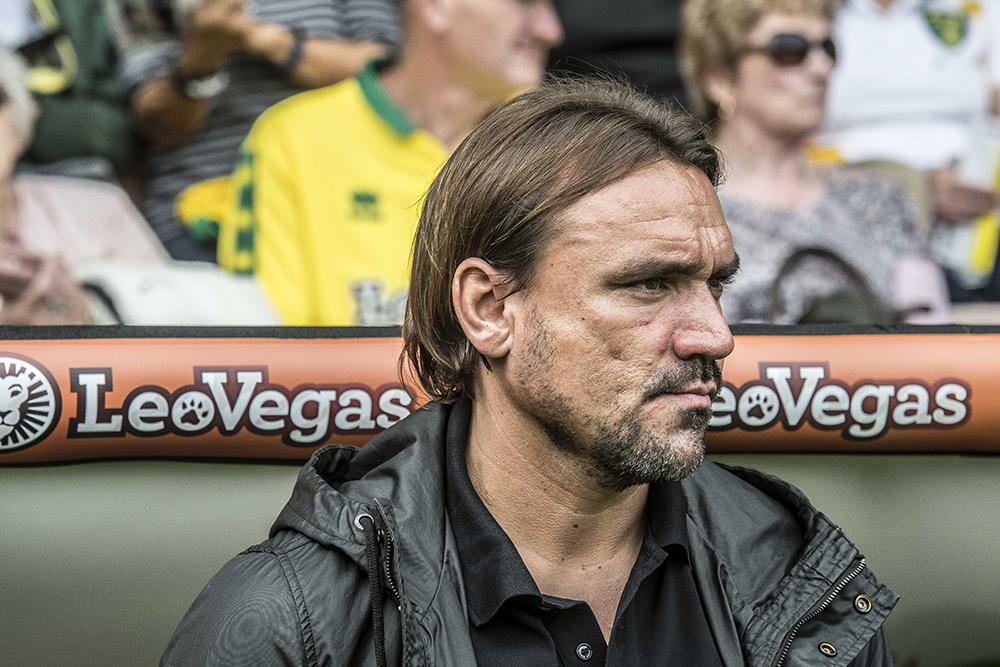 One thing I have always almost perversely prided myself upon is that as either as a player or a supporter I have never really, deep down minded too much about losing to a better team. Defeat still rankles but sometimes you just have to take it on the chin, as I did on Friday.

As Fulham went through the gears, upped the ante and turned the screw (pick your favourite cliché) we simply could not match them. Simple as. The commitment was there, nobody gave up (as three bookings in the last few minutes ably illustrated) but the fact remains that they had three chances and greedily gobbled up two of them. In fairness, it should have been all three, but Christoph Zimmermann’s heroics prevented that.

Was it a bad performance? No, not really. But are we still like a car stuck in third or fourth when we need to find fifth? Yes. And Fulham certainly managed to apply the handbrake to James Maddison.

With all respect to the ever-likeable Daniel Farke, when his post-match comments include this little gem I start to worry.

“Fulham were there with more possession without creating any real chances.

“Then after that, we were not just on the same level for me, we were the better side. Look at all the statistics, we won more duels. We had more shots on target, more chances”

No Daniel that is not my abiding memory of the game I watched. Afraid not.

Fulham were tougher, harder and, most importantly, quicker than us when it really mattered.

I’ll single out three of ours for mentions in despatches. Harrison Reed was excellent and showed his versatility yet again when he was pushed into a wider role. Alex Tettey did his stuff too – I’ll miss him. Then there’s Mr Murphy. What was an enigma is now becoming a bit of a liability.

I was singularly unimpressed even if I didn’t resort to giving Josh verbal which I’m afraid several members of the Upper Barclay community did. How’s that going to help, guys?

We are simply too ponderous going forward. This will be the vital issue to address over the summer.

Gary’s article yesterday pointed out that Farke and Stuart Webber are trying to operate with one hand tied behind their collective back. While I agree with that assessment, I will add that they knew what they were walking into and have chosen to come on board and attempt to deal with it.

But anyone who thinks there is a bottomless pit of talent derived from the Bundesliga second and third tiers and an academy (maybe Todd Cantwell apart) with not much currently to offer is living in dreamland. I don’t envy Farke and Webber: I can see next season as extremely problematic already.

In the old days, legend had it that if the English cricket selectors needed a fast bowler they would shout down a Nottinghamshire mineshaft and at least two would pop up – the days of Harold Larwood for aficionados of the cork and willow.

Football simply isn’t like that as we will doubtless soon discover.

So, it’s on to the second portion of a West London Easter double-header against Jolly Olly and his boys. I guess we all have our own opinion on Ian Holloway in that he is either a West Country charmer with a unique line in quotes or a complete —-. I know, MFW doesn’t use words like that.

I’m firmly in the latter camp in that I simply don’t like him. He’s below Colin and way under the newly unemployed MickMac in my estimation. Unlike the Fulham contingent, I don’t find their supporters sociable. I don’t like their ground, don’t like their financial mismanagement and thoroughly hope we beat them.

If I’m in the city I always get my newspapers down at our local roundabout – the newsagent has a season ticket. We were talking about the Fulham game and she said: “Well, Maddison, Tettey, Reed and Angus won’t be here next season – what will we be like then?”

Before I could reply some old boy at the back of the shop piped up with: “Delia will still be there. And that’s why I don’t go any more.”

We found it hard to argue with his logic.