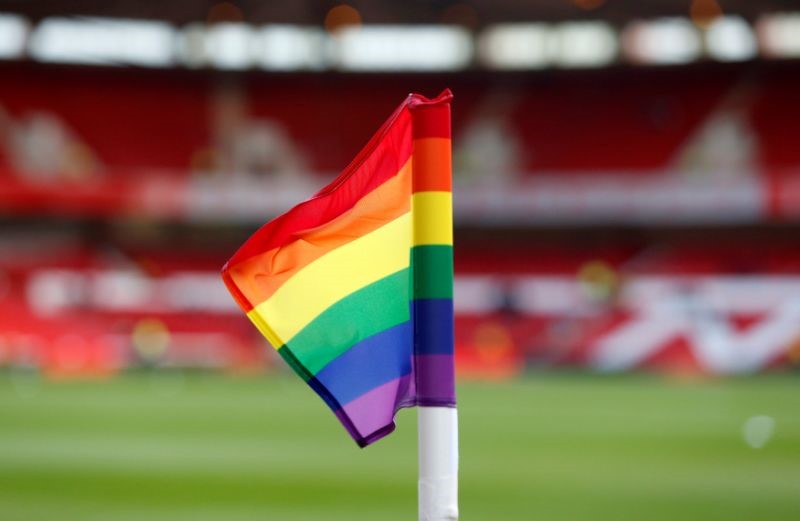 Football has always held a stereotypically laddish image. Shots of football hooligans tearing up seats and creating commotion in the streets seem to be the archetype that non-footballing supporting people hold.

There are so many beautiful things about football that make it the greatest sport on the planet –  from its ability to emotively captivate supporters to the manner it has been used as a force for good in the cases of Bradley Lowery in his fight against neuroblastoma and Davide Astori’s touching tribute.

Even closer to home, the manner in which the club have stood with Simon Thomas and commemorated the life of Michelle Dack. In its greatest form, football truly is the beautiful game.

But it isn’t a perfect game. Sure, debates about VAR and Sky’s involvement will rumble on, but there are still pockets of ugliness and discrimination. In 2018, football should reflect a more inclusive and accepting society but still present within the game are clusters of people determined to spread hatred and archaic values.

The fight against racism continues to linger with scepticism surrounding the World Cup people held in Russia where racist chants are still heard in the stands. And in the fight against homophobia people need more education and need to learn that defining homophobic slurs and chants in the crowd as banter is just utter nonsense.

Football’s attitudes to sexuality are coming under increasing scrutiny from inside and outside the game.

In 1998, former Norwich City striker Justin Fashanu took his own life, eight years after being the first footballer to come out as gay. Twenty years after his death, homophobia in football is still rife. In a survey conducted by the UK’s leading LGBT equality charity Stonewall, three-quarters of football fans said they had heard homophobic at a match during the last five years.

Brighton and Hove Albion are regularly on the receiving end of homophobic abuse on the terraces, with chants such as “You’re from a town full of gays and we hope you all die of Aids”, being reported by Brighton fans in a 2013 dossier. Abuse at one ground was so bad that BBC Sussex had to turn off a crowd microphone and two fans were attacked outside another.

Football is a game for everyone.

Homophobia is an unwanted stain that football needs to clean away rapidly. This is the beautiful game, one which should celebrate diversity and be inclusive to all who share a devotion to the game. Yet, in 2018, we still feel years away from players being comfortable with embracing their sexuality in a sport with should be doing all it can to support them.

Why is sexuality such a taboo within football?

The Stonewall charity acknowledged that this might partly be to do with the ‘macho’ culture of the dressing room and team sports’ higher profiles and bigger fan bases. But discrimination isn’t accepted in society and it isn’t accepted in football either.

LGBT+ supporters group are active, visible opposition to a terrace culture that has ranged from unwelcoming to outright hostile to unseen thousands in their midst. At Norwich City, we are lucky to have the Proud Canaries, who became the second officially recognised supporter group after the Gay Gooners of Arsenal.

Their objective simple: to challenge discrimination whilst celebrating the diversity and being a fully inclusive organisation. Their work has been recognised nationally, with Kick It Out asking the group to deliver educational workshops in the hope to eradicate homophobia from football.

The FA invited the group to watch England as they continue their fight against prejudice, one which needs more awareness and education. Thankfully, in Norwich City, we have a football club which embraces sexuality at all levels. Whether it be through Stephen Fry in the boardroom or supporting the Proud Canaries in Fashanu’s legacy.

What people require is awareness, and with the Proud Canaries organising a football team which has been visited by Christoph Zimmermann, we have an organisation we can all get behind. In Di Cunningham, Norwich possesses a national campaigner in the fight for freedom over expression in sexuality and gender.

On 30th July 2016, Norwich flew the rainbow flag for the first time as part of the Norwich Pride celebrations. This is a football club prepared to stand united in the face of hatred and ensure that discrimination, in all shapes and sizes, becomes nonexistent inside and outside terraces.

Homophobia has never been accepted as banter but simple prejudice and ignorance. At Carrow Road, stewards are trained to deal with homophobic incidents; in conjunction with the police if necessary. They also encourage those who experience homophobic discrimination to report it via the Kick It Out app.

Let’s all make the game we love less hateful. Choose love, choose inclusion and stand with the Proud Canaries and the numerous other LGBT+ groups in their ongoing battle against homophobia and transphobia.

Our current No 2️⃣

Never downed tools whenever clubs have come in to sign him, stayed through promotion and relegation. Max Aarons, top player and person 👏

🚀 Is Todd Cantwell close to lift off at #NCFC this season?👇🔰

Huge changes revealed to what we'll see in televised matches starting with League One game - https://fanbanter.co.uk/huge-changes-revealed-to-what-well-see-for-televised-matches-starting-with-league-one-game/