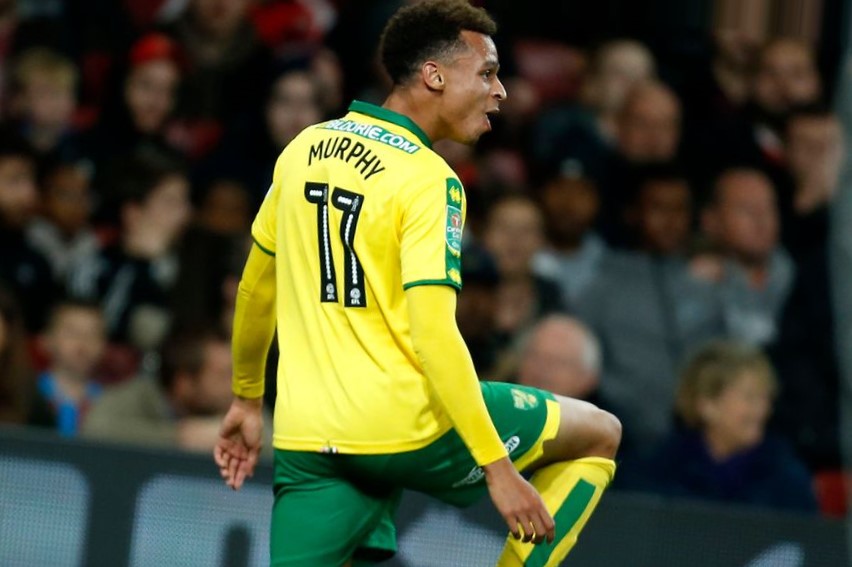 Well, that was nice!

Most of those asked to predict the outcome of Villa’s visit plumped for an away win. Why wouldn’t they? A team packed full of Premier League quality and expensively assembled Championship operators who desperately needed three points to keep alive their chances of automatic promotion against City, who appeared to be freewheeling to end-of-season nothingness.

Also, Monday’s second-half at QPR screamed ‘on the beach’, while the following night Villa were thumping Reading 3-0. None of us needed to tap into our inner Derren Brown to see what was going to unfold. At least that’s what we thought.

Instead, with only a finishing spot above our friends from Suffolk and professional pride as incentives, City produced what was simply their best home performance of the season.

The big question, of course, is whether this is a glimpse of what might have been – if the club had the clout to retain most of this crop for next season – or whether it is a genuine taster of what’s to come with another pre-season and a full Championship season under Team Farke’s belt.

I still can’t decide and none of us know, but what I do know is it was an unexpected and pleasant diversion from all the teeth-gnashing and navel-gazing of late.

For many in a relatively sparse Carrow Road, it was merely destined to be another exercise in going through the motions and another chance to gather evidence on the unsuitability of Farke’s brand of football for the English second tier.

And, to be fair, after a good opening half an hour, the half did appear to be meandering to a very familiar conclusion as the passing got a little laboured, the movement a little stifled and the invention a little… non-existent.

But then Josh happened.

With Peter Bankes thinking of calling time on another goal-less Carrow Road first half, Josh’s decision to cut inside from the right, look up, and wrap his left foot around the ball had ‘row z’ stamped all over it. We’ve all seen it, literally dozens of times before – admired his ambition, bemoaned his execution.

But to see that ball soar and then dip Fashanu-style, and nestle in that very same corner that Justin found in 1980 was a perfect retort to those who spend far too much time awaiting a Josh error. As my Carrow Road neighbour reminded me: “That’s why Farke perseveres with him”.

From being lauded and celebrated as ‘one of our own’, the needle has now swung dramatically in the opposite direction, and Josh is now afforded virtually no leeway – every heavy touch and unsuccessful run being pounced on by some who can no longer see any good in his efforts and contributions.

He more than deserved his moment in front of the Barclay to celebrate what could well be Carrow Road’s goal of the season. And from thereon in he didn’t look back.

Unsurprisingly, a strike of that ilk lifted the weight of the world off those still-young shoulders and for the first time in a while he found himself relaxed enough to do things instinctively rather than micro-deliberating every decision. And when that’s happening he is a far better player.

That he was heavily involved in the second and third goals and on both occasions made *exactly* the right decision was proof if it were needed.

It was Josh’s day but it wasn’t just about him. Mario Vrancic had undoubtedly his best outing in the yellow shirt and for spells it was he, not James Maddison, who was bossing the midfield. He now looks a far cry from the player who struggled with the hustle and bustle of Championship life in those timid opening skirmishes.

Given time and space, he can pick a pass and has a terrific range – we knew that from early pre-season – but the big question was would he ever be able to adapt his game sufficiently to allow those skills to flourish amidst the closing down, fierce tackling and uber-intensity.

Mercifully, the answer is an emphatic yes, and his excellent reading of the game often gives him the ability to get an unexpected toe in to regain possession for City – another quality that was well hidden last autumn.

There will always be those who bemoan his lack of a headless-chicken mode, but if the occasion demands a good technician and a classy passer of the ball, Mario can be that man. He’ll always shine brighter on days like yesterday when teams, like Villa, come to play rather than stifle.

His performance was a timely reminder that if we are unable to secure the services – in whatever form – of Moritz Leitner beyond May, then we still have a cultured passer in our midst.

Jamal Lewis was wonderful yesterday also (very timely Jamal, given my piece in the programme was singing your praises!), and for him to see off Robert Snodgrass in the manner he did was another big tick on a page that is now full of them.

We know he’s excellent going forward, the big question mark was over his ability to defend one-on-one in a four. Yesterday suggested he’s learning quickly.

And talking of learning quickly, Dennis Sbreny – his goal aside – will have probably learnt more from going toe-to-toe with John Terry for 85 minutes than he will have in 85 days on the fields of Colney. That he emerged from it with his first goal in English football was one massive bonus.

He’s some way behind most of his compatriots in terms of his learning curve and let’s not pretend he enjoyed too much success against Terry and James Chester, but let’s also not underestimate the fillip that goal will give him. This is merely the start of the road for him.

In truth, I could ramble on and pen 50-100 positive words about every player yesterday, such was the positive nature of the performance, but I’ll spare you.

Instead, it’s worth noting that yesterday’s productive second-half, in which we probably looked more threatening than at any time this season, was helped by Villa pushing hard to get back in the game and leaving gaps to exploit.

The big, still unsolved, riddle, remains how to carry that same level menace against teams who park the bus; a conundrum that is, naturally, being worked on at Colney on a daily basis.

But that’s for another day. The good times have been sparse this season. It’s only right we make the most of this one.