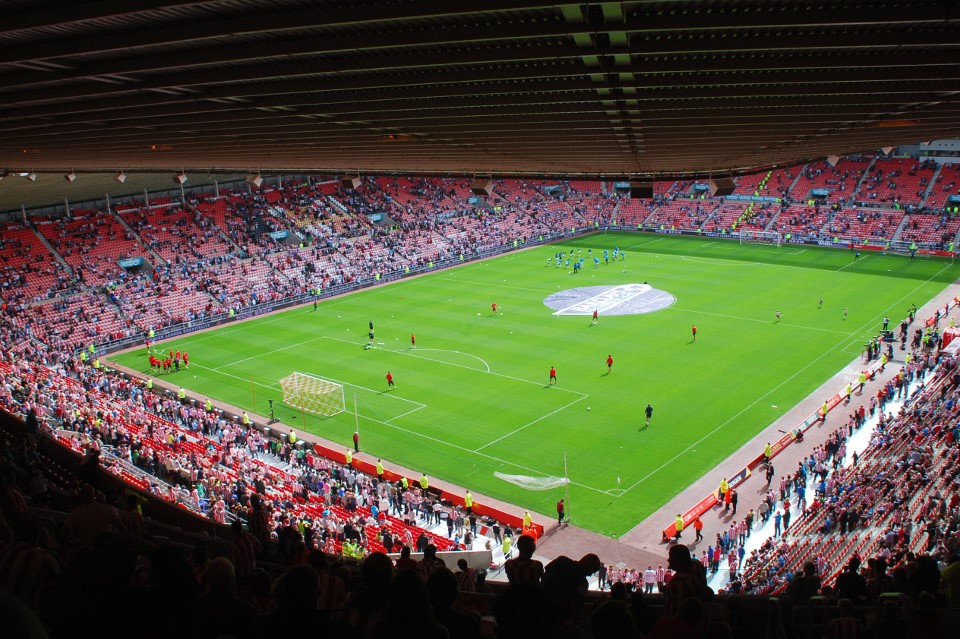 Well, a few of us who don’t have to work the next morning will be heading up the A19 on Tuesday.  Pick a rude word of your personal choice and direct it at the idiots who make up the fixture dates, by all means.

But there should be no blasphemous words directed at the excellent Colin Randall of Salut! Sunderland, who has once again been kind enough to assist MFW with a match preview. Colin and his fellow Black Cat aficionados are going through awkward times but he was happy to help us out nonetheless.

Firstly, what do you guys think of Chris Coleman and can he keep you up?

Colin: Coleman retains much goodwill because supporters know he was dealt an atrocious hand by a club with an absent, disenchanted owner who wants to sell but – so far, though this could soon change if whispers are true – has been unable to find a viable buyer. But not everyone appreciates his tactics – withdrawing a striker after the goalkeeper’s sending off at QPR, with the score still level, went down very badly – and he has his critics.

Easter Monday offered another example of apparent poor judgement: winning at Derby had given a glimmer of hope, we were at home, Sheffield Wednesday are ordinary and we played with one striker against an away wisdom with two big men up front. And his first substitution was a defender for a defender. There are plenty of fans who, while sympathising with him, feel he is frankly not better than what went before.

Yes, I think many Canary supporters could relate to that, particularly the point about not everybody universally appreciating the employed tactics. Some of us heavily criticise Daniel Farke’s use (or lack of use) of subs and when he goes like-for-like when we’re chasing the game it can be exceptionally frustrating.

Regarding the ownership issue, we have a 180-degree tilt to you: our owners are clinging on like limpets, passing their shares down to their nephew in some kind of perpetuity and whatever some of us might think of it, disinterested they are not. Never absent, they obviously care and are passionate enough in their own way. Most of us prefer that to a direct equivalent of your current situation.

So you can still survive, can’t you?

As for survival, it now looks less likely than ever and most of us are probably resigned to having the best stadium in League One. In the current mess, there is also no guarantee whatsoever of a quick return. Those of us who thought a year ago “well, at least we’ll get goals and wins in the Championship” know better than to make the same mistake when thinking about League One.

It looks as if we will just have to get rid of as many of the big-earning flops as we can and start from scratch with hungry young (local?) lads, a few bargain buys who must include a dependable keeper or two (ours are shocking) and, if we cannot keep Asoro and Maja, one or two able to score in the third tier (no one, however, is expecting a repeat of the Eric Gates/Marco Gabbiadiani strike force we enjoyed in our only other season at that level).

I have horrendous personal memories of Eric Gates – mainly through his Ipswich connections of course. Thanks for reminding me of him!

An apparently disinterested and injury-hit Norwich could gift you three vital points. Your take on that?

We won the game at your place but have performed so disastrously since that it is difficult to view any opponents as obviously beatable. If you have a team needing to end a bad run, a striker stuck in a goal drought or a defender who has been having nightmares, playing Sunderland at the Stadium of Light is just the place for them to change their luck.

Much as I long to have to eat my words, we are the division’s soft touches. The inability to put back-to-back wins together, with all the morale-boosting impetus of a 4-1 win at Derby, speaks volumes. We may scramble a win but a draw or defeat currently looks more likely and even a win may well be far too little, far too late

Ha! we have an NCFC-related website based in these parts called Along Come Norwich, named so because of the sentiments you express in your second sentence above. Our lot have got the sun cream and flip-flops packed so, as I said in my comment to Salut! Sunderland, I reckon you’ll get a 2-0 out of it. I hope I’m wrong for obvious reasons!

Many thanks to Colin for his time and help with this article and I don’t think too many of us here in the NCFC community would be too disappointed if we play SAFC again next season. I hope the “whispers” turn into something concrete mate.