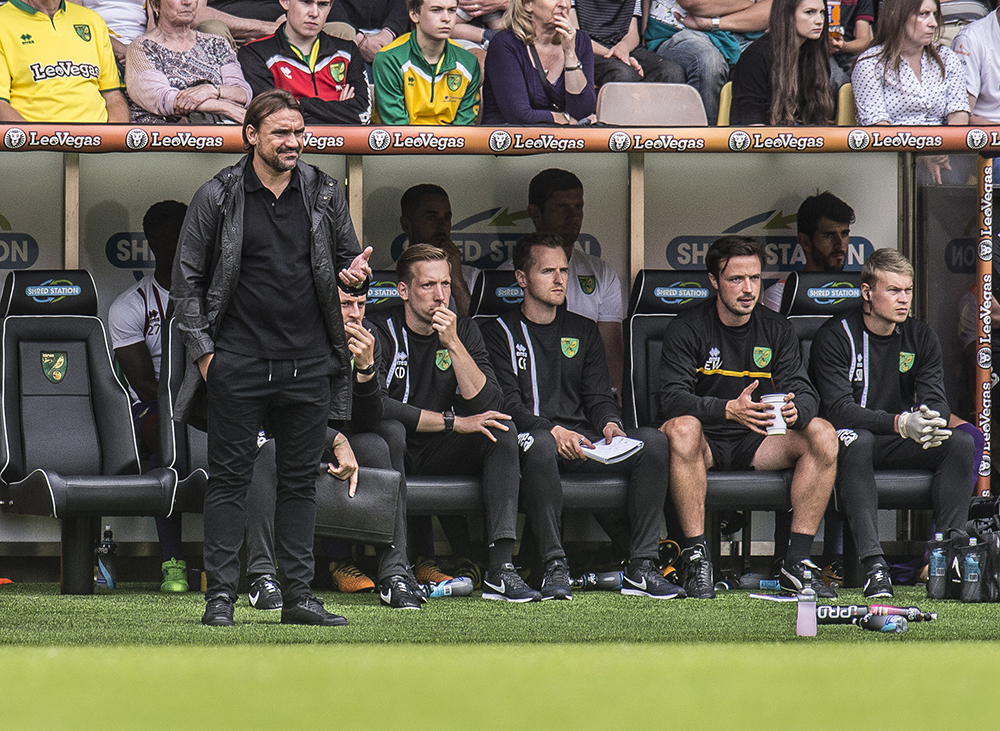 Upon his arrival in Norfolk, Daniel Farke was supposed to replicate the success of his compatriot, David Wagner, who propelled Huddersfield Town from underdogs to promotion contenders.

This was the beginning of a brighter, bolder and braver approach at Carrow Road. Many expected Farke’s football to resemble ‘heavy metal’ – high in the press and intense on the ball. Football played at 100mph both on and off the ball, the same formula that saw Wagner transforms Huddersfield from underdogs to contenders. But Farke’s football is more classical, than rock and roll.

The comparison with the Terriers is over-exhausted; this is like comparing the two aforementioned musical genres. Heavy metal is exhilarating, brutal and often deafening. Classical is quieter, more technical and takes longer to construct.

Huddersfield Town used to celebrate guaranteeing their survival in this division – breaking into the top half of the Championship would have seen Wagner’s cult status rise. Yet he made them winners.

It’s a simplistic and all-encompassing approach, and he did so on limited resources.

City were licking their wounds after a season of expensive underwhelm under Alex Neil.

The respective narratives couldn’t contrast more. The expectation at Norwich was considerably higher and after a sustained period in the Premier League, that was always going to be expected.

Those who tire the ‘work in progress’ slogan sit on a more optimistic side of the fence; those people are fully invested in the operation that is undergoing at Norwich under Webber and Farke. Those who reject that mantra feel the club aren’t progressing at high enough rate of knots.

They crave a leap forward; the patience is wearing thin.

In truth, there is no black and white answer, the future is unknown, and these waters haven’t been explored in NR1 before.

Not only has the club elected to embark on an entirely new direction, but in doing so they are attempting to reprogram the way in which supporters view football. This cultural change epitomises ambition, any claims of acceptance surrounding the current situation can be discounted.

An emphasis on youth development, a younger scouting focus and a mass reduction of the wage bill; there is evidence to suggest this season has been angled to construct a contingency plan once the parachute payments become extinct. This isn’t sexy, but is intrinsic to the long-term security of the club.

Norwich was a club with no strategy both on and off the pitch.

They were purchasing players with little to nil sell-on value and playing without a clear philosophy. Neil was an abrasive figure who galvanised an underperforming squad in the short-term. After his failure to maintain that much craved Premier League status, he resembled a shadow of his former self. He was out of ideas but towed the line for longer than many felt necessary.

This season has been a mass repair job.

It won’t sell season tickets, nor is it the new tagline for the club’s marketing campaign, but it is the reality. With an inflated wage bill and an over-aged and under-motivated squad, Farke arrived with reputable credentials having arrived from Bundesliga giants Borussia Dortmund.

A rebuilt squad, an emphasis of culture and completely new on-pitch philosophy; in hindsight, this season should have always been about putting frameworks in place.

Ultimately while the club clearly wants to push for promotion, there needs to be realism – they are trying to manage the disappearance of parachute payments without getting relegated. A lot of clubs who were in the Premier League and dropped out have really struggled to adjust; you only need to look at Sunderland and Hull to see how difficult it can be.

To expect Norwich to be a well-polished and consistent outfit come next season is naive. The idea that this season is a transitional season leaves many feeling uncertain, but those expecting a devastating and perfected City will simply be disappointed.

The financial constraints mean any degree of transfer budget will be reduced – even with the sale of key protagonists. Money is hard to come by, and those preaching for new owners will also be left disappointed.

Farke has developed a more pragmatic streak, and between the boxes City display clear quality, but they need improvement in both boxes. Admittedly, a striker is required, that is plain for all to see, but that won’t be a consistent goalscorer or a household name – it’ll be one in a similar mould to Dennis Srbeny with regards to carrying the ‘potential’ tag.

This is not designed to be a downer, but perhaps a dose of realism. Time is a quality that escapes most football supporters. They want success and if the team loses on the pitch, all work at the club is tarnished.

Will it work? That is the million-dollar question, but it came after a proclamation for change and evolution that would make the club fit for purpose for contemporary football. Gone are the days of 4-4-2 and a physical emphasis.

Supporters shouldn’t accept mediocrity, but they should recognise the need to sustain and develop. This is a club rebuilding, and that isn’t a process that’s going to happen overnight.