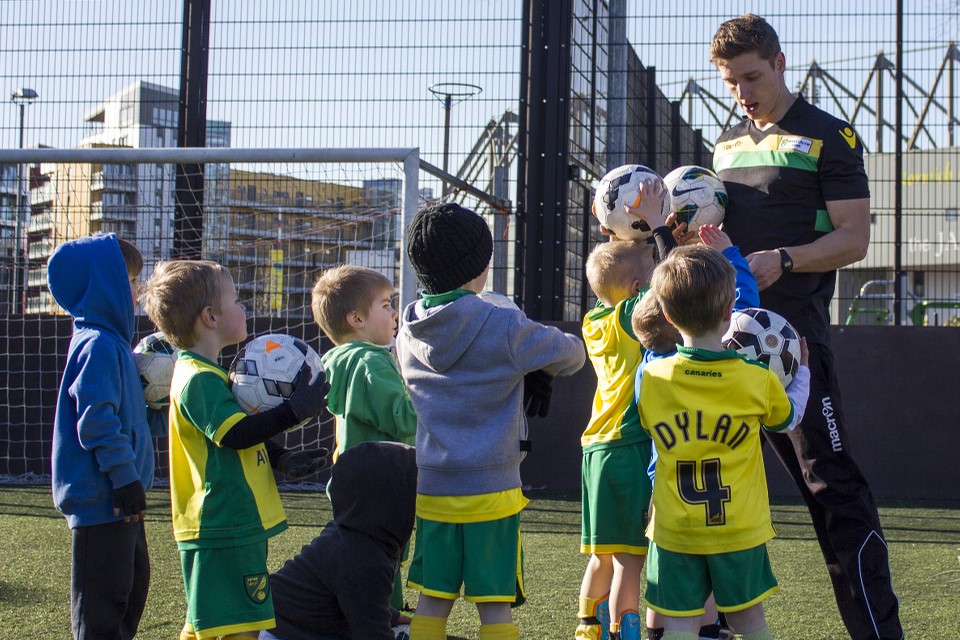 Don’t join up, just join in.

That’s the tagline of the all-inclusive and non-political Norwich City Fan Social Club. The objective is to connect supporters with the football club they adhere to while raising money for the Community Sports Foundation.

The group was formed in 2015 after Diane Blazier had been in discussion with her Ipswich Town supporting friends, who reminisced over Legends evenings and fans forums. That planted the seed, and after extensive discussions with our club’s hierarchy, Diane was given the green light to form the newfound social club.

Diane sought to create regular events where Norwich City supporters could come together and embrace the range of events on display throughout the football season. The dismantling of that barrier between the football club and supporters was high on the agenda.

From mental health evenings with ex-player Cedric Anselin to media nights, supporters are provided with opportunities to engage with their club while supporting a wonderful charity in the process.

The breadth of events on offer brings supporters back from more, with opportunities to meet current management and players, both of the present and from years gone by.

The evenings have been critical to aid the development of the Nest, alongside bringing enjoyment to hundreds of City supporters who engage and support events. The group began with the sole aim of fundraising for the Community Sports Foundation (CSF) but has progressed to hosting some of the best NCFC events on offer.

The group is run entirely by a group of volunteers, a real broad-church of ages all offering specialist skills which have helped establish the social club and ensure the events have been able to run successfully.

The twelve volunteers vary in age, from younger City supporters to older ones, all working as a team to run the events.

The club has fully supported the social club, with members of the board of directors attending near on every event this campaign. Attending is one thing but conversing with supporters and embracing every facet of the events on display is a testament to the support the football club have offered the social club.

The relationship between the social club and the CSF is continuing to strengthen, with those volunteers often lending a hand at events such as Run Norwich and supporting the incredible Down Syndrome football team at Carrow Road on Saturday mornings.

The social club has raised £13,500 for the CSF over their three-year existence. The first year saw £3,000 raised, £4,000 last season and a staggering £6,500 for the CSF this season – formally announced at the end-of-season event last night.

Those who involve themselves with the CSF will emphasise how much it draws you in as an individual.

To witness the work the charity does for disabled, disadvantaged and young people in Norfolk has been truly inspirational. It’s simple to get caught up in on-pitch matters, so much so that work behind the scenes become forgotten at times.

According the to the Charity Commission website just, Chelsea’s Foundation and Charlton Athletic’s Community Trust have a bigger turnover, and therefore delivery, than City’s CSF.

Their youngest participant is two years of age, the oldest 82 – a graphic illustration of the work they do.

Community and charity are moral principles which are important to so many. What makes the CSF unlike bigger charities is the fact you can witness where your donated money has gone.

Last season, the money raised was earmarked to sending a Norwich City side to the Special Olympics and this year it will be used as part of the fundraising scheme for the construction of the Nest site, which will act as a social hub.

The estimated £9.4m project, funded entirely separately from the club, will see the construction of an indoor sports hall, gym, floodlit 3G football pitch, and classroom facilities added to the initial work at the site, which also includes the relaying of seven grass football pitches.

The initial phase of development on the site is due to be completed this summer and will include state of the art facilities including residential ‘bunkboxes’.

Previously Football in the Community, the CSF has evolved into a more multi-sport focused charity using sport as a tool to engage and connect with disabled and disadvantaged members of society, using it as a tool for good.

Currently engaging with up to 38,000 people a year across the Foundation’s areas, it is a testament to the charity and the work they do in their 25 years of existence, and once the Nest is complete they’ll engage with an additional 12,000. Women’s football continues to proliferate and CSF has been leaders in rolling out girl’s footballing schemes, alongside other initiatives.

The rapidly changing fortunes on the pitch and the differing opinions on the political aspects of the football club will continue, but something we can all applaud, and support is the outstanding work of the CSF and their impact on the community in Norfolk supported by the social club.