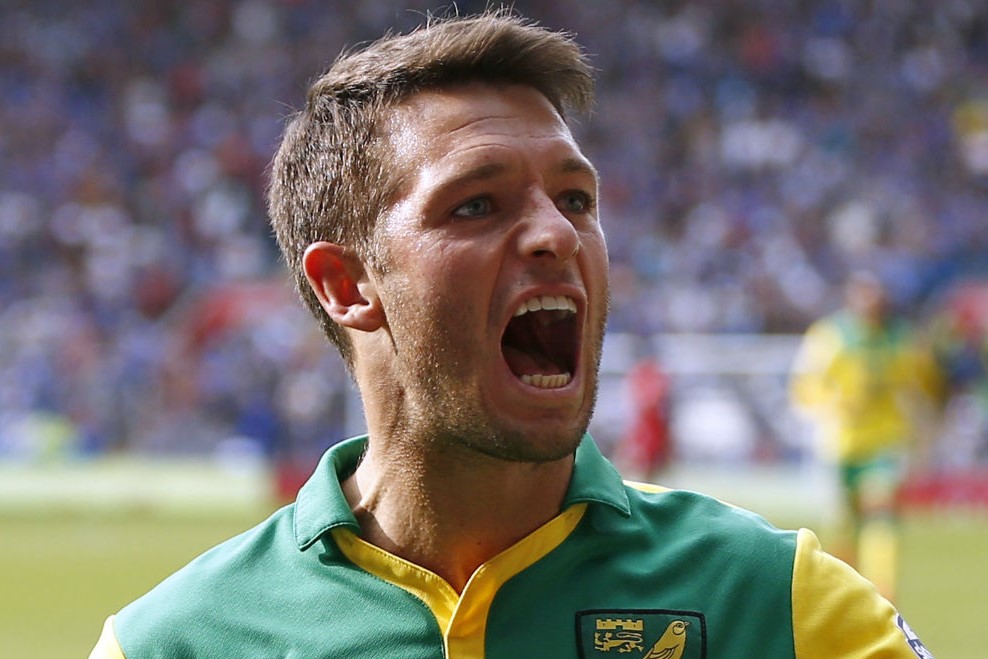 Was a teary old day yesterday. And not just because of Wes. The applause on 48 minutes in memory of Paul Rudd was too a thing of beauty.

And then, of course, there were those who, as the final home game of the season neared its conclusion, we suspected we were saying farewell to even though we didn’t know for sure. There were several.

In addition to Wesley, I’d argue as many as eight of yesterday’s starting XI have either a red cross or a question mark next to their name. In my fearful, possibly overly-negative, eyes only Grant Hanley and Mario Vrancic are definites to be here in August.

The three loanees, who I’ll come to in a bit, will almost certainly be returning to sender. Timm Klose, Nelson Oliveira and James Maddison, each for very different reasons, will likely be departing this parish. And I have a nasty feeling that if the right offer came in for either Josh Murphy or Jamal Lewis, or possibly both, Steve Stone and Stuart Webber would be forced to have a long, hard think about it.

Such is the financial hole we find ourselves.

So, while naturally, it was all about giving Wes the wonderful send-off he deserved – and I thought the club did a fantastic job by the way – the outpouring of love and affection was masking more than a tinge of apprehension and sadness over the dismantling of what yesterday looked a team with plenty of promise.

It’s sad that we won’t ever see Wes jinking, bobbing and weaving ever again, but also that we’ll be unlikely to see Maddison’s twisting and turning, Angus dominating, Klose roaring, Reed scurrying or Mo Leitner with so much time he could light his cigar before picking his pass.

I’m a sentimental old fool, and every single one of those thoughts filtered through my mind as the Hoolahan juniors were hurling shirts into the crowd.

There’s a flip side to everything though and there are already some bodies in the house who will fill some of the aforementioned voids. Vrancic was superb yesterday and tasked with being part of the midfield ballast minus Alex Tettey or A N other warrior next to him, he simply shone.

His reading of the game is such that he doesn’t need to thunder into a tackle to turn win possession back. Instead, he’s clever, gets a toe in when it’s needed, and then uses it wisely. And his range of passing is right up there; even Crooky would be impressed.

Onel Hernadez too, in his brief cameo, did precisely what he has done in virtually every single one of his cameos. He whetted the appetite. I’m genuinely looking forward to seeing him with a few months of Championship experience and a full pre-season under his belt.

So, even yesterday, there was light amongst the shade

But in the shade, as I mentioned earlier, were three departing loanees. And in Angus, Harry Reed and Mo Leitner we have been lucky enough to watch three individuals who have belied the notion that loan players don’t care.

All too often in the past – with a few notable exceptions (I’m looking at you Darren Huckerby) – players from bigger clubs have graced us with their presence, given off a ‘you’re lucky to have me’ air, before scuttling off back to their parent club without so much as a backward glance – usually having contributed chuff all to the cause.

One particular era, one that sent us on a downward trajectory with a would-be England manager in charge who too shared the ‘you’re lucky to have me’ mantra, is now regarded as the ultimate metaphor for a squad full of disinterested loanees.

But to a man, these guys have been different. Different class.

One or two eyebrows were raised when we announced the signing of Angus, the fear being he was still very much a rookie in terms of first-team experience and his arrival was a sentimental rather than a logical one.

From the second he set foot in the place he has been quality personified, the biggest compliment we can pay being that at no stage did he ever feel like Bryan Gunn mark II. He’s been his own man from the word go when it would have been easy to ride in on his dad’s coattails. And he’s done it by just being a bl**dy goal all-round keeper, with a human touch and no obvious weaknesses.

If yesterday was indeed his final hurrah, then we wish him all the very best and hope he never forgets his season with his home-town club. Legendary status and a song in less than a season are hard to come by.

Regardless of Man City’s call on his services, he is, and will always remain, one of us.

Reed too has been simply outstanding, of late playing in an unfamiliar right-back position that he adapted to so well it can now legitimately go on his CV. But it’s not just his fine performances on the pitch that have set him apart from so many others; it’s been his attitude and buy-in to the cause.

Not once has he given off the air of a loanee. From the day he arrived he’s bled green and yellow, and whatever unfolds over the next few months, he’s always be guaranteed a warm Carrow Road welcome. Always. None of us will ever forget his charge onto the pitch following Klose’s equaliser against that lot.

And then there’s Mo.

I should confess, Google did its thing when a Moritz Leitner, out of the blue, pitched up in Norfolk, but from those first few silky touches in his late cameo here against Brentford he’s oozed class. And he too – like Angus and Harry – has bought into all that Norwich City stands for.

When things went awry, he clearly felt the same pain that we all felt. I doubt he’d want to be reminded of a sitter he missed in the 0-0 draw at home to Bolton but his reaction to it, immediately following and at the end of the game, said everything. He was genuinely gutted.

To be able to turn his loan deal into a permanent one may be reaching too far into the realms of dreamland, but if Herr Leitner would like to grace Carrow Road for another season on loan he’d be more than welcome. We’ll even supply the cigars.

So, it was an emotional one, for lots of reasons, and that’s not even taking into account the MyFootballWriter brunch that preceded events at Carrow Road, but it was one of those afternoon’s when it felt we were all, for a few fleeing moments, united. And it was nice.