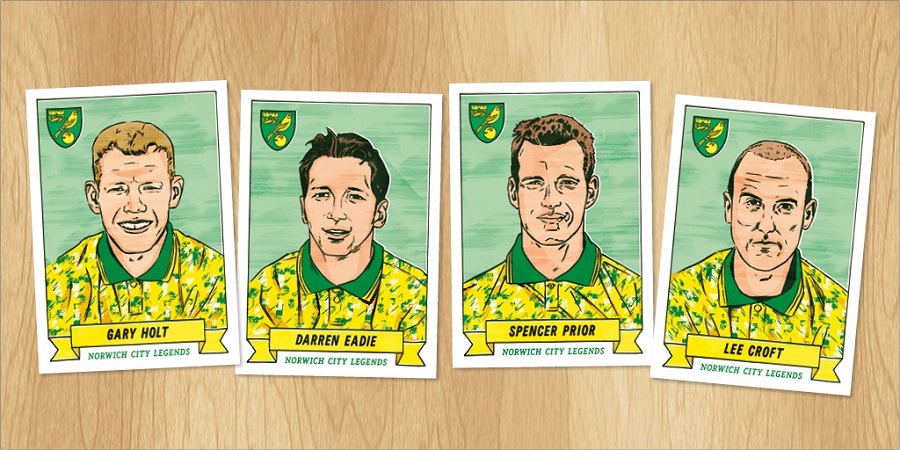 Long-time City favourite Darren Eadie is looking forward to rolling back the years next weekend as the Canaries prepare to celebrate the 25th anniversary of their glorious UEFA Cup run in fitting style with a reunion match against their former foes, Inter Milan.

The 42-year-old former Mustard TV presenter is one of 25 ex-City greats lined up to meet the veteran Italians at Carrow Road next Sunday. 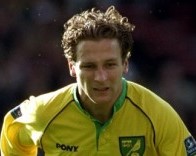 And as the clock starts to tick down to the 2018 remake of the Italian job, so the one-time teenage winger is all set for the party to start.

“Obviously a big part of my Norwich career was my debut against Vitesse Arnhem and then the victory against Bayern Munich and playing against Inter Milan, so its a bit of nostalgia, bit of a celebration and something that I’m really looking forward to,” said Eadie, as the club rolled out certain members of the Class of 93 ahead of next Sunday’s Community Sports Foundation fund-raiser against the Inter Forever touring team.

Eadie – now Head of Football at Langley School – is well aware that as the baby of the class, people might be looking for him to do the hard graft. Alas, an age-old knee problem might have different ideas.

“People are saying that they are looking at me as one of the main stays of the midfield and while I may look relatively young, the knee isn’t great.

“I’ll just have to try and manage it, see how it goes and try and play as long as I can.”

It has been through the wars – to say the least. And came to undermine a flourishing career at Leicester City after he followed Martin O’Neill to the Midlands.

“The right one is no problem at all – it’s the left,” Eadie reported. “That’s the one that I’ve had 26 operations on and struggle with. It’s just a case of trying to manage it and not get near to people who are very quick and very strong.”

Whether that message will be relayed into the Inter dressing room where the likes of Francesco Toldo, Javier Zanetti and Nicola Berti await is another matter.

Closer to home and he might yet find his position under threat from a certain Darren Huckerby. It is not, however, the first time the two will have paired up.

“We’ve played in a couple of charity games together and we can both switch wings,” said Eadie. “It’s quite exciting with each of us on either wing. Hucks is right-footed, I’m left-footed so we can separate and go on different wings and I’ve played centre-forward quite a bit so it’s not a problem.

“But I think it’s just going to be a great occasion and for the fans to see all these legends playing together is just a dream come true.”

It will also be a first chance for two of his children to see the Old Man in action – knee permitting.

“It’s important that the knee holds up, but two of my kids were born after I’d stopped playing so this will be the first chance they get to see me playing,” he said. “The fact that they can come and see me play here again for Norwich in front of a big crowd will be brilliant for everyone.”

The question was whether that European run came too soon in his then-fledgling pro career; whether he really had a chance to savour the stage on which he was suddenly strutting.

“I probably didn’t realize quite how big it was at the time,” he admitted. “But as a youngster, you just wanted to get out there and prove yourself. And it showed a lot of faith by Mike Walker in playing me.

“It’s Vitesse Arnhem at home in our first ever European match and he puts me on with 20 minutes to go. Looking back, it was a great blend that we had – I think there were 26 of us in the squad and 13 of us had come through the youth team,” said Eadie, with the likes of Chris Sutton, Ruel Fox and, of course, Jeremy Goss all flying the flag for the training ground at Trowse.

One of their number is still playing and still amongst the goals – Eadie’s long-time side-kick Jamie Cureton.

“I do shake my head in disbelief that he’s still playing – absolutely,” said Eadie. “But he’s been very lucky with injuries and he looks after himself now.

“I think Jamie himself would be the first to admit that he didn’t maybe look after himself at the start of his career when maybe he should probably have done that little bit better but I’m so delighted that he’s still playing.

“I watch for news of him intently every week as he still seems to be banging in goals. He’s probably the most natural goal scorer I’ve ever played with.”

Cureton and Eadie were just part of a magical mix – that rare chemistry that binds all great teams together.

“It had a bit of everything,” he said. “People talk about team spirit, it had that – it really did.

“You had a good mix with the older pros in there – Gunny, Taffy Bowen, Chippy [Ian Crook] and Ian Culverhouse – and then a lot of youngsters coming through as well. Myself, Jamie, Ade Akinbiyi, Andy Marshall. So it was a real mix of old and young.

“To have someone like Ian Crook playing in midfield and for someone like me as a winger was just a dream come true. He had a fantastic range of passing and you know that if you made a run that more often than not he would put it on the end of your foot.”

To find out more, visit www.communitysportsfoundation.org.uk/build-the-nest/about-the-nest/