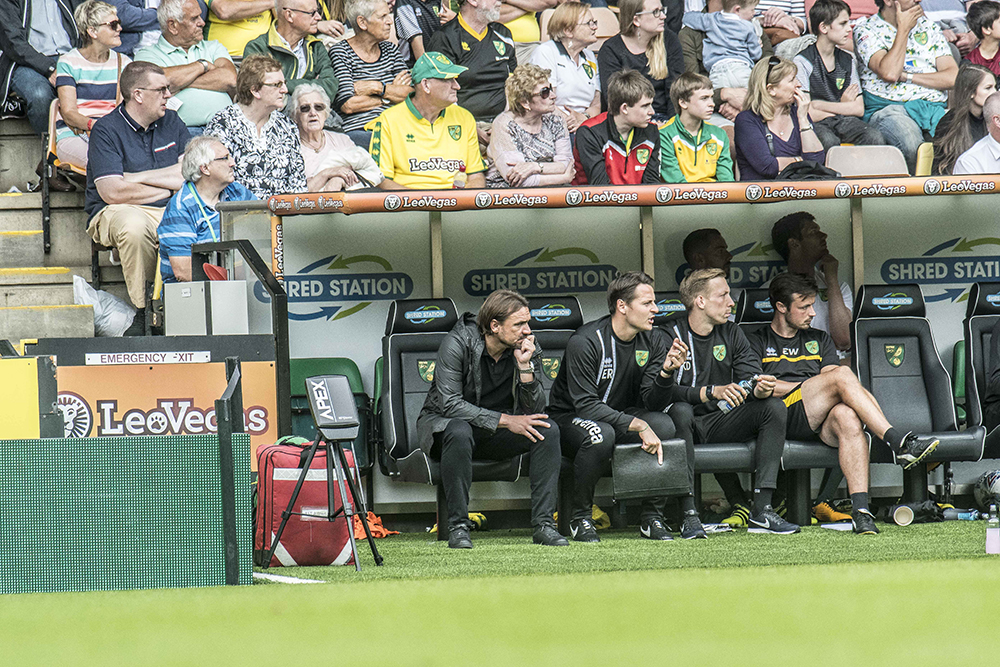 Last Sunday should have functioned as a pleasant, enjoyable and relatively harmonious day out to round off what was been an unequivocally underwhelming season.

On a personal level, it represented a day off revision, a day out in the Sheffield sun, an opportunity to meet some old schoolmates in their own university city and enjoy a football match amid the augmenting stress of final year exams. In many respects, many of these aspects were fulfilled.

What unfolded on the pitch, however, turned out to be utter, utter carnage.

As I watched yet another City capitulation pioneered by a raucous home crowd and a formidable enemy target man, I couldn’t help but ponder why this side – that, let’s not forget, possesses three, maybe even four considerably competent centre-backs – is still susceptible to these demonstrations of defensive ineptitude.

Villa and Millwall were excusable. Both came prior to the watershed signing of Grant Hanley and instead with the naïve Christoph Zimmerman and Marcel Franke at the back, while this increasingly divisive ‘long-term project’ really was in its early stages. Since then, however, what we have seen at Hull, Queens Park Rangers and now Sheffield Wednesday has been completely unacceptable.

City’s defence were bullied by Atdhe Nuhiu on Sunday lunchtime. Wednesday’s target-man ran rampant, capitalising on what were some alarming signs of juvenility from our backline and sealing yet another 5-1 crushing at Hillsborough. Jamal Lewis versus the imposing Nuhiu in the air more resembled the scenes at the O2 in the final rounds of the boxing the previous night. Like Tony Bellew, Nuhui was only ever going to come out on top.

Indeed, I hope such a display does not leave Lewis going into his inaugural summer break as a professional with a sour taste. Despite some outings – Hull and on the final day most notably – that have revealed his lingering inexperience, he has had a superb first season since coming into the team on Boxing Day.

And such a desire should also apply to the fans. To quote Canaries Trust Chairman Robin Sainty – who incidentally was sat in the row behind me at Hillsborough – we are ultimately all on the same side. It was refreshing to see such a considerable turnout in South Yorkshire on Sunday afternoon, with the yellow army bringing colour, noise and palpable passion to the terraces.

Pyrotechnics at 4-0 down, ‘Delia Out’ chants and further ripples of noise that were vehemently critical of the players, however, do little to help a team so conspicuously in need of our support.

Unity is essential over the summer months. Stuart Webber has been candid that the team him and Farke are attempting to construct will take three, maybe even four, transfer windows. Given the nature of the football that our manager wants to implement, that is entirely understandable. Indeed, we should provide them with this opportunity.

This season, City’s players have ultimately not been good enough to execute the much-debated ‘philosophy’ that Farke wants us to play. This patient, passing football can only be effective when played at pace and with a bit of zip and tempo. Look at Fulham and Wolves. Large parts of our squad, regrettably, are simply not equipped enough to do this.

Which is why this summer was always going to be critical. And which is also why at this moment in time, while we know an op is not needed, we all await a timescale on James Maddison’s injury, a notion eloquently alluded to by Gary in his post-Wednesday inquest. A long-term knee injury for Maddison – which, of course, must elicit greater sympathy for the player than it does frustration that our greatest financial asset may be rendered unsellable – would be detrimental for the club’s prospects. We can only hope such a scenario does not unfold.

Nevertheless, Webber has a busy summer ahead of him. In reality, City need a goalkeeper, a right-back and, put bluntly, a whole host of attacking players who possess more quality than the current crop. Onel Hernandez – bought on the cheap – has excelled since arriving, demonstrating far greater promise and consistency than the mercurial Josh Murphy. Both can be key assets for us next season. Many more – Hernandez’s purchase shows it can be done – must be recruited to join them.

But the attaining of a striker remains our greatest necessity. Nelson Oliviera was nothing short of appalling at Hillsborough, not only squandering a plethora of chances but also showing a visible laziness and sense of apathy that is horrid to see from any City player. One wayward shot – the total of which this season must have hit triple figures – triggered an explosion of fury from the away end. He must be sold.

While Dennis Srbeny has yet to become a real goal-scoring menace, he has shown signs of ability in the home games against Reading, Villa and Cardiff. However, the truth remains that we need to sign two genuinely prolific forwards. This must function as Webber’s principal mission.

The future remains characterised by complete uncertainty. We fundamentally will not be able to judge any of the players Webber and Farke bring in until August. Until they pull a yellow and green shirt on and we see them operating in this system we should reserve all judgement.

Indeed, unity is essential in ensuring we enter next season with an optimal chance of success. Remember – after all, we’re all on the same side.