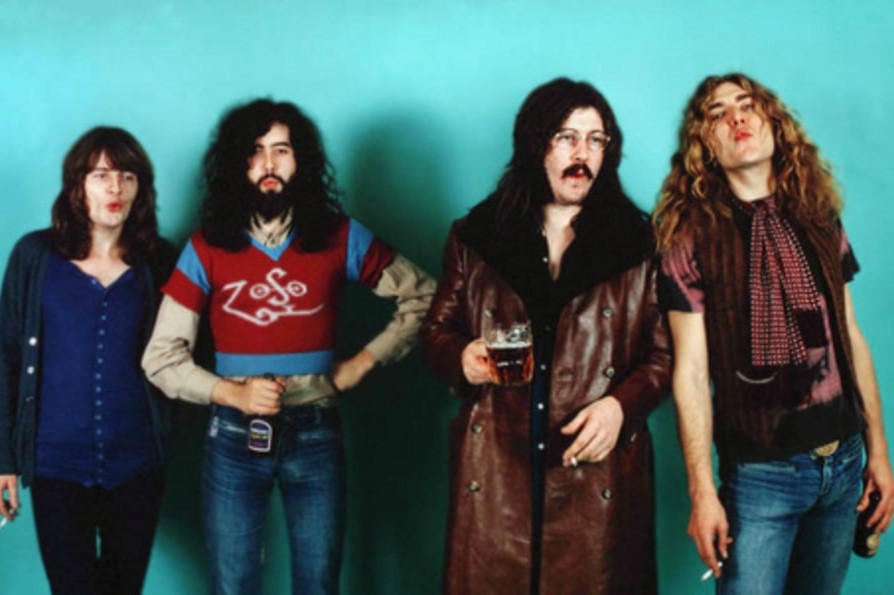 So… given the propensity of the MFW comments to scoot off in a musical direction, we thought it worth filling some of the close season voids with some musical thoughts of the team. First up, the one and only Mr P…

The Stones, The Kinks, The Who, The Small Faces, Hendrix, Cream and the Yardbirds. Not a bad start in life all things considered.

You’ll notice I omitted The Beatles. Not really to my taste apart from Yesterday and Back in the USSR.

Things move on and you find your favourites. The 1970s were my glory years – we could walk to Dagenham Roundhouse (four miles but worth it on a Saturday night) or jump the Underground to Chalk Farm Roundhouse, the Marquee in Wardour Street or Finsbury Park Rainbow plus the Hammy O slightly later. Golden years.

I wasn’t just a prog-rocker though. I adored Bowie, Roxy Music and my all-time favourite band happens to be (Rod Stewart and) The Faces. Rod was good back in the day y’know.

A few gigs still stick out in my memory.

The Pink Fairies at Chalk Farm in 1975 for yet another “final” performance. One of my all-time favourite bands but I can assure you me and my mate were the only people in the place who would have passed a drugs test. And it was a Sunday afternoon.

My teenage crush, Marion, and I went to see Mott the Hoople at aforementioned Hammy O. The support, entirely unknown to us beforehand, was Queen. Don’t think I need to add anything beyond when they were heavy, at the beginning, they blew our minds. Queen, not Mott. I am one of the very few who gave up on Queen after Sheer Heart Attack: that’s the point at which everybody else jumped on board.

When we saw Led Zep at Earls Court in, I think, 1974 they tardily re-emerged to play a 20-minute encore, with Robert Plant yelling: “this is for the real fans”. We nearly missed it – many people did. Last tube home (District to Central), crapping ourselves.

That actually happened to my mate Barry and me when went to see The Who at Charlton (football reference!) and we were not so lucky as there is no Underground there. We walked all the way to Trafalgar Square to catch the N98 night bus home. I couldn’t do it now. But we did find an open kebab house around 2am. Unusual in the 1970s.

Then, of course,something happened. The New York Dolls and the Ramones had been around a while across the pond and when The Damned released New Rose as a single it all kicked off – giving me so much more to enjoy just as I was becoming bored.

The Clash, Jam, Buzzcocks, Undertones, Stiff Little Fingers, even the comedy of the Leyton Buzzards. I never saw the Pistols but I got to see most of the rest. The Rich Kids were sublime too – one of my all-time faves who were killed off by die-hard punks who thought they were cheats. Wrong!

Latterly, I love the Manics to death, enjoy a bit of Oasis/High Flying Birds and number one son provides me with loads of Sludge I really enjoy – Mastodon (who were superb live at the UEA LCR), Uncle Acid & the Deadbeats, Black Tusk, Red Fang.

I also have a certain appreciation of the camp side of life: Donna Summer’s I Feel Love, The Pet Shop Boys It’s A Sin and of course YMCA.

The last band I saw live was in February this year at the Waterfront – Hayseed Dixie who lump in Sabbath and AC/DC covers with a banjo and an electric mandolin. It works, believe it or not.

Rod Stewart was on Brentford’s books as a teenager and had a football pitch built at his home in The States. He still turns out for his side The Exiles at 70 years of age. Kicking balls around on stage and into the audience were part of The Faces’ act – Ronnie Wood could play a bit too. Both Ray and Dave Davies from the Kinks were very useful players in North London during the 1960s. Pink Floyd had their own football team which all four band members regularly played in – check out the cover of their reissue A Nice Pair where you can see them in all their glory. In Binners’colours.

Robert Plant is a massive Wolves fan while Sabbath’s Geezer Butler (and Ozzy to a lesser involved extent) support Villa. I think Tony Iommi is a Bluenose but I’m not sure. Manic Street Preachers are ardent backers of the Welsh national side and John Lydon of PiL and the Pistols loves NCFC – his dad used to work offshore at Bacton and he by his own admission proudly owns a hat and scarf and loves us, something I never knew until recently. Mick Jones of The Clash supports QPR.

I’ll leave readers with my top five albums: two of which are as obscure as heck :