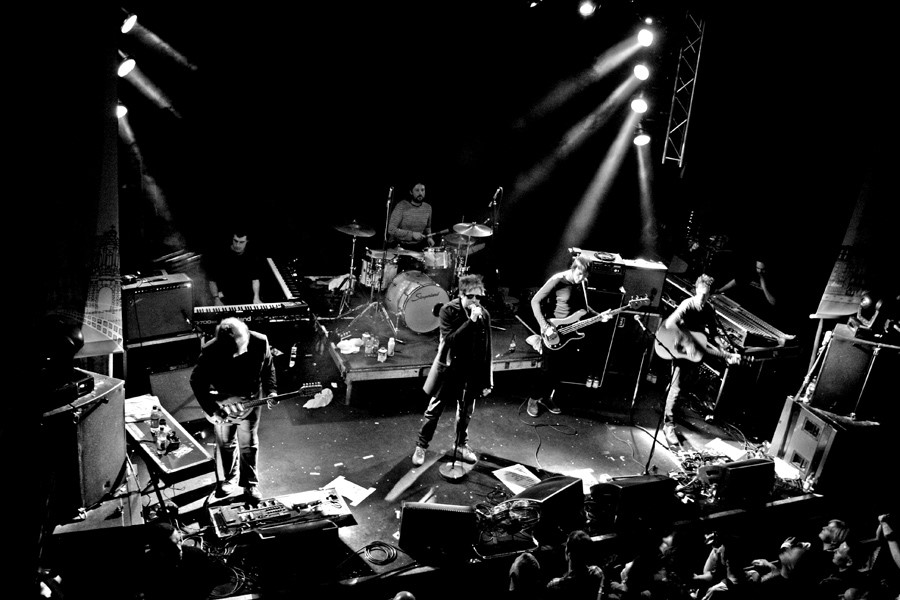 I love it when the comments at the end of an MFW piece veer off-piste.

Okay, I may nip up a little when it heads off in a political direction (especially if it edges to the right), but when Martin (it’s usually Martin) takes us down a musical route it’s often a pleasant departure from City-related angst – and there’s been no shortage. It also affords me an excuse to link to a piece of music – always a happy diversion.

So, when Stewart and Martin suggested some void days of the close season be filled with the MFW team’s musical likes and dislikes, how could I refuse! What it will do however is create more disagreement than anything Daniel Farke, Delia and Stuart Webber can muster.

For footie, we have a common golden thread – a love of Norwich City FC – but to head off into the vastness of music guarantees debate and conflict. So…

As a baby of the 60s, I should have been a teenager of the punk era. Except I wasn’t. Well, I was but not during the punk era. A common theme throughout my fifty-something years has been an innate ability to arrive late. Ask my dad.

Whether it’s to pick him up to head off to Carrow Road, or to be at an important meeting or to tune into the musical genre of the day, I always get there… eventually. And so, while others spent the late-70s and early-80s pogo-ing to the Pistols, The Buzzcocks and The Clash, I was only then tapping into the Mod revival triggered by the release of Quadrophenia.

Timing is everything and mine is generally 5hit but the rise of The Jam as the 70s straddled the 80s led me to purchase my first album, which I’m quite proud to confess was All Mod Cons (albeit it typical fashion I didn’t buy it until it was a couple of years old). For the record, my first single, which I’m also quietly proud of, was the still wonderful Oliver’s Army by the other Elvis.

But it was Paul Weller’s gritty take on late-night violence in 1970s London in Down in the Tube Station at Midnight rather than Costello’s reflection on the British occupation of Northern Ireland that really resonated. To this very day, the sound of Bruce Foxton’s unmistakable bass gets the pulse racing.

Around that time, I also got waylaid by ska and while my early teen years in The Saints were far removed Terry Hall’s grim depiction of inner-city rebellion and decay, Gangsters and Ghost Town were bloody good tunes. I wasn’t particularly angry at the time, but Terry (and Weller) made me want to be.

But it was the post-punk era was when it all really kicked in for me, and my first ever proper pay packet (fruit picking didn’t count) was used to purchase tickets to see Echo & the Bunnymen in a small Suffolk town that desperately wants to be a city.

By the mid-80s, I was spending a fair bit of time in Lowestoft and so it was via Belle Coaches that we travelled to Ipswich Gaumont (as it was then) to see McCulloch and his boys. And it was electrifying. October 1, 1984. My first ever gig.

Said lead singer is a moody bugger and makes known his feelings on the audience and his surroundings, and it still irks to this day that he “loved” it in Ipswich but “hated it” on my two subsequent trips to see them at the UEA. No taste some people.

But his haunting vocals have never left me, and to this day they remain my ‘go to’ band.

Oddly, another of my most memorable gigs also occurred at Ipswich Gaumont. Me and a pal from work ­­– Waveney District Council’s finance department was home for us then – were persuaded by a devotee of The Damned to join him to sample the delights of Dave Vanian, Rat Scabies et al. None of us were ‘goths’ – we were local government officers for God’s sake (we did dispense with the ties though) – and so in a crowd attuned to the darker side of the moon we stood out like the proverbial.

But it was bloody brilliant, and I’ve never forgotten the atmospheric, spine-tingling and deafening organ intro of Sanctum Sanctorum as we sucked up some Damned for the first time.

It was around this time, triggered by Mr Vanian and co, I re-visited the punk era and began to finally appreciate what was right in front of my eyes in the late 70s. Luckily, some were still doing the rounds, albeit some with unoriginal line-ups, and I was able to catch up with, amongst others, The Stranglers and The Buzzcocks in the intimate confines of the UEA.

But it wasn’t just punk bands who lured me to the campus. Other memorable gigs to have been witnessed through the haze of tobacco and other types of smoke were (deep breath)… The Mission (twice – the first complete with bomb scare), Big Country, Stiff Little Fingers, China Crisis, The Alarm, Squeeze, The Icicle Works, Julian Cope, Big Audio Dynamite, The Pogues, The Waterboys, James, Space, The Divine Comedy, Babybird, Del Amitri, the Manics, Mike Flowers Pops (yes really), Reef, Carter USM plus others I can’t recall right now (some because they were cr@p, others because I’m getting old).

For good measure, there were also a few good ones at the Waterfront… Crowded House and My Life Story among them, and I also did the big stadium thing – U2, Simple Minds, REM, INXS and the Rolling Stones (had to be done, if only to make me feel youthful) all being witnessed from afar with imperfect acoustics.

Give me the intimacy of the UEA any day.

Glastonbury always eluded me, but I’ve done the Chelmsford V-Festival and Reading – both of which struck me as ordeals interspersed with occasional bouts of quality music.

Back in the real world, the golden thread that has run through my musical journey has been jangling guitars and a thumping bass line, and while my musical world didn’t end in the 90s, it was what happened between 1978 and 2000 that defined the music I still listen to today.

The Stone Roses of the early 90s and Oasis and Ocean Colour Scene of the mid-late 90s were all seminal in their own way, with the Manics and Stereophonics both helping me through the era when youthfulness gave way to middle age. And latterly, The Killers and Noel’s High-Flying Birds have kept me sane as my children have tried (and failed) to educate me in the ways of Kiss (the radio station, not the band), grime, hip-hop and even R&B.

Man, that makes me feel old.

To bring it back to football for a second, there are of course a few tunes that, as soon as you hear them, transport you back to Carrow Road – most notably Daydream Believer (“Cheer up George Burley…”),  Just Can’t Get Enough and, of course, Give It Up – but (and you’re going to think I’m even weirder now) there’s one piece above all others that takes me back to a City-related moment in time

The day was Saturday May 2, 1981, and must have been around 4:55pm. City had just lost 3-2 at home to Leicester in the final game of the season; one they needed to win to give themselves a chance of staying up. Instead, a little Scottish bloke by the name of Jim Melrose decided to score a hat-trick against us.

As it transpired, a Sunderland win at Liverpool would have sent us down anyway, but I prefer to blame Melrose and, anyway, it was whoever was on the Carrow Road ‘decks’ that day that made it so memorable. Upon the final whistle, and as that numb feeling that accompanies relegation started to gnaw, the ground was filled with the sound of this – a more beautiful, poignant and melancholy piece of music you’ll never be likely to hear. To this very day, it brings a tear to the eye.

But hey, in the tradition started by Martin I’ll leave you with my top five albums and singles…