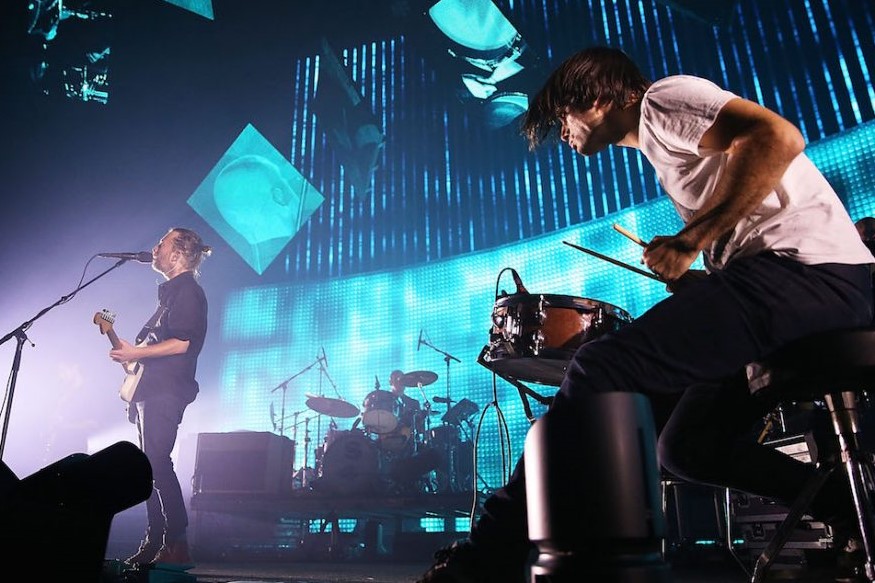 Music has always played a big part of my life.

Growing up I was introduced to The Who, Creedence Clearwater Revival, The Rolling Stones, T-Rex, Deep Purple and Black Sabbath by my dad and Simon & Garfunkel and Buddy Holly by my mum.

My own journey down this path opened up The Beatles, The Doors and the awesome force that is Northern Soul.

As a pre-high school student, I started listening to Dire Straits’, Walk of Life being my favorite tune, and was obviously joined by such mighty tracks as Star Trekkin by The Firm and The Chicken Song by Spitting Image!

As I moved into high school I became fascinated by reggae, particularly Bob Marley and UB40 (I know, I was young though) and I because interested in playing the keyboard. I remember receiving a commendation for a piece I penned during Mr Barnet’s music class, but little did he know that the moment he took the headphones off my ears and asked me to play my piece that I was messing about with the demos and ad-libbed the entire thing. I can still play it though!

Then during a maths lesson, I was handed a Walkman – those of a certain vintage will remember them, if not ask your parents – and I heard something which genuinely changed my life! It was the seminal Stone Roses album. I was hooked. It’s a love affair that’s lasted to this day, I even took my pregnant wife to the gigs in Manchester so that I could say my son’s first gig was the Stone Roses! Something about them resonated and still does. It led me to finding The Smiths, The Cure, James, Inspiral Carpets, The Jam, The Verve and the world of indie rock.

During sixth form I got seriously into the likes of U2, Counting Crows, REM, Live, INXS, Simple Minds, Nirvana, Green Day, Smashing Pumpkins and more, while still listening to the Roses, of course!

By the time I moved to university something else from Manchester was about to hit the scene. Oasis hit it in a big way and between them and Blur (both of whom I liked at the time, but Oasis more – yes I even had the haircut, although over time that’s swapped) the Britpop era was born. Its links to the 60s culture I’d already fallen in love with were a joy for me.

During uni I joined a band, so I learned to play the guitar. I won’t lie – it was basically to get girls. There’s something magical about a guitar! We called ourselves The Easy Tigers and basically practised Stone Roses covers. Alas, we never made it out of Noisebox recording studios!

In truth, whilst I can still play, I was never much good and was always far better with lyrics than music. I could just about hold a tune though. I also learned to play the bass.

In the mid 90s, I became aware of Radiohead, another love affair that has lasted to the present day. I even dyed my hair pillar-box red in a nod to Thom Yorke. I also found Air, The Red Hot Chili Peppers, Stereophonics and the likes of Feeder and Weezer. There’s far too many to list and I’m sure I’ve missed many bands that have influenced me writing this from memory in a lunch hour as I am!

Around this time I also took a more electronic journey into the world of DJ Shadow, the Chemical Brothers, The Prodigy and Fat Boy Slim, among others.

As we moved into the Noughties my attention turn to The Libertines, Kings of Leon, The Killers and a special mention for The View.

I also found myself in another band, which we called the Lunar Mansions. The aim was a dance/rock crossover, not surprising given my listening history. Alas, it was again not meant to be, although we did record a song called Hang Up! It was very “Doorsesque” I’ve been told. I played bass and sang on it.

I’ve also listened to certain classical music, Tchaikovsky being my favourite if a little flowery!

As I look back now, having sold all but one of my musical instruments, an Ovation electro-acoustic, I do feel grateful the part music has played in my life and look forward to passing on the enjoyment it has given me to my son.

Do I regret selling my other instruments, a tuneful Fender DG6  jumbo acoustic, a blue electric Epiphone Les Paul Studio flame top, a beautiful Fender jazz bass, a Korg micro synth and a home recording studio to fund flooring and other house goodies? Not really, it’s all part of growing up and I now have a son to pressure, I mean encourage, into either rock n rock or football stardom!

So, to pick my top five albums and singles! I found this incredibly difficult and have changed my mind many times, but the sake of getting this finished more than anything else, here goes: