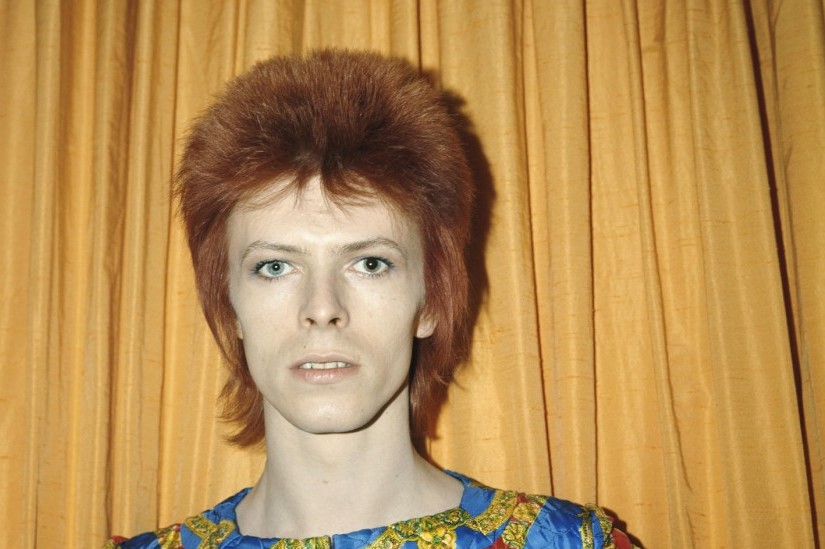 But first, following in the footsteps of my fellow writers, a bit of nostalgia for the music of my formative years. Given the attractions of nostalgia, I may not get to Mozart and Wagner at all.

By the time I took (slightly early) retirement, I was 30 years older than most of my team. They were suitably impressed – or probably bemused – by the fact that ABBA were number 1 in the week I’d joined the company.

And equally bemused that they hadn’t heard of other chart-toppers of 1976. J J Barrie, anyone?

I go back much further than that, of course. My colleagues were well aware of The Beatles, but visibly struggled to get their heads round their boss having lived through what seems to them a quirk of distant history (“You mean, you were around AT THE TIME?”).

I hadn’t meant to dwell on The Beatles – but since Martin Penney slightly dismissed them in these columns on Monday, a word of defence.

Their music stands the test of time.  Not in the same sense as Bowie who pulled off the trick of the great artist, remaining relevant to new listeners for four decades – but in the sense that the songs are, simply, good.

The Beatles’ rock-and-roll still has energy and style, but I come back to the ballads.  Each one has a distinctive originality. A favourite is In My Life, a haunting song that was (almost uniquely, I believe) claimed by both John and Paul after they split. It’s the idea that’s original. The conventional love song says “my life was empty until I met you”; this one says “my life was full, those things and people are still important to me – but you eclipse them”.

My next preoccupation was the aforementioned David Bowie. Hunky Dory came out in 1971: the album in which, as someone said, you can see Bowie starting to be Bowie. A set of amazing songs, I think I’d believe even if I hadn’t been the perfect age at the time. And a reference to the Norfolk Broads!

It was a time of change and experimentation (we’ll stick to music here, I promise). One shift was from albums being a series of unrelated songs thrown together, to a concept where the tracks made up a programme or journey.

Two iconic such albums punctuated my first year at university.  Who could be so lucky as to enjoy the freedoms of that time to the accompaniment of The Dark Side of The Moon and Tubular Bells?

Both had a perfect sensuality. One of the tracks of The Dark Side is – without getting into specifics of taste – as suggestive as an 18-year-old could wish for.  Meanwhile, a girlfriend of the time likened the layering of tracks in Tubular Bells to the build-up to sexual climax. That kind of thing sticks in the mind…

So I share Martin’s affection for Pink Floyd (of course) and Queen, though I suspect his enthusiasm grows at the point where mine faded slightly. Very likely an issue of age – though my musical taste may be a bit less heavy, and certainly less specialist, than his.

The following years saw a gradual shift in my passion from pop to classical. Already at university Beethoven had become a favourite (though almost impossible to revise to), and other composers, in turn, took their place as seeming to best understand and describe my experience.

Like pop, though, it doesn’t mean you have to like all the big names. Mendelssohn has never done much for me; nor, apart from the ballets, Tchaikovsky (if there’s one thing worse than the Mendelssohn violin concerto, it’s that bloody 1812 overture).

On the other hand, Mahler is magical and these days it has to be Bach or Wagner.

If you want three-and-a-half minutes of sheer bliss (stop sniggering at the back – I’m still talking about music), then look on YouTube for the Aria of Bach’s Goldberg Variations. I reckon that’s where western music starts; some purists would argue it finished there too.

My case against the purists would include the wonderful music of Schubert (if you don’t know it, take a listen to the piano impromptus). Of course, it’s a tragedy that Mozart only lived to 35; an almost equal loss, I’d say, is Schubert’s death at 31.

Wagner would be incensed to find himself relegated to the last 100 words here. No sympathy for the man, of course – but the music is majestic. Nothing in the Sixties or Seventies, for all its sound and fury, was as revolutionary as The Flying Dutchman or The Ride of the Valkyries.

Usually, on the run from political authorities, creditors, or cuckolded husbands, Wagner somehow kept his mind full of epic visions. Originally a playwright, he needed a composer to fulfil his plans for operas. Anyone else would have sought a musical collaborator; Wagner never considered anything but teaching himself to compose.

Happily, music has always had its characters.