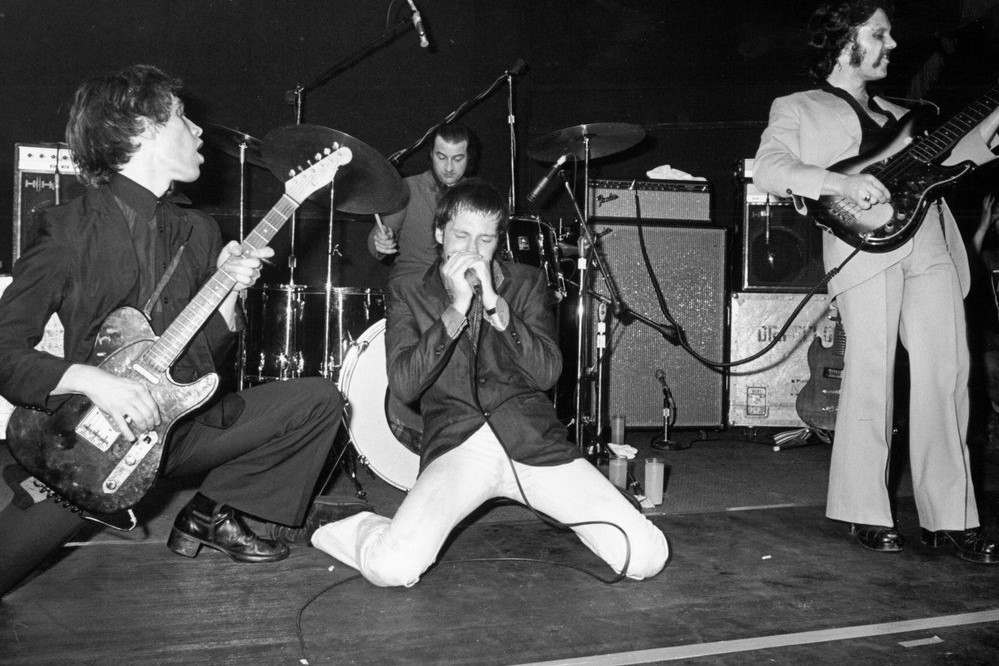 Football and music have always been constants in my life.

Unfortunately, the arrival of my teens coincided with the musical desert of the early 1970s, full of novelty songs and glam rock. Growing up in Lynn there wasn’t much chance of seeing big names in concert either, although I did get to see the original incarnation of Thin Lizzy, but mostly it was second division stuff from the likes of Sam Apple Pie, Budgie and Hatfield and the North.

But it was ok because a revolution was in the offing, building on foundations laid by Pub Rock groups like Brinsley Schwarz, Kilburn and the High Roads and Dr Feelgood, who played blue-collar music like American punk prototypes, Iggy and the Stooges and MC5.

And then the Sex Pistols arrived and over the course of the next few months, college discos became seething masses of sweat-soaked pogoing bodies as we found a music that genuinely belonged to our generation.

Every week brought new delights to the Cambridge Corn Exchange as Dr Feelgood, who’d managed to bridge both genres and to this day remain one of the best live bands I’ve ever seen, The Damned, The Buzzcocks , The Ramones, X-Ray Spex, The Slits and The Jam passed through town and blew us away.

It was all incredibly exciting, not least because it questioned what was going on in society and was directly responsible for me getting involved with organisations like Rock Against Racism and the Anti-Nazi League, which would shape my convictions forever. But it was never going to maintain momentum long-term and inevitably the market for three-chord thrashes declined to be replaced by great music from the likes of The Cure, Echo and the Bunnymen and The Teardrop Explodes.

After that, I wanted more and with the help of a mate who managed Andy’s Records in Lynn and was a music aficionado, I discovered all sorts of great and relatively unknown bands. But it also set off on a voyage of discovery back to the roots of all the music that moved me most and so found my way back to Robert Johnson, Son House and onwards to BB, Albert and Freddie King, Stevie Ray Vaughan and JJ Cale, with diversions into classic soul and R&B.

Nowadays my collection covers a wide range from Fairport Convention to The Clash and from AC/DC (the Bon Scott version) to Portishead and gives me something for every mood.

Generally, it’s just for pleasure and relaxation but when each of my parents died I retreated into my music both to help me remember aspects of my life with them but also to ease the pain.

However, the real value of music as therapy (and here comes the tenuous link with football!) came as recently as last Christmas.

Some of you will recall a column I wrote for this site about racism in football last year and that kicked off a lengthy campaign of abuse by a small group of City fans, which all came to a head just before the holidays with something posted on Twitter so vile that I had no option but to involve the police. In its immediate aftermath, I veered much closer to a nervous breakdown that I ever want to again.

The walls closed in and only the support of my friends and family, and some wonderful people on social media (you know who you are!) got me through unscathed, although ironically, I was also given a sense of perspective by awful things happening to two friends at about the same time that put my own problems into context.

However, you can’t have people around you all the time, and the vacuum was filled by music, ironically not always uplifting but often dark (I remember playing more Joy Division than B52s and more Leonard Cohen than Bob Marley). However, it, along with a month away from everything, got me through to the other side.

So, that’s my life in music and at my advanced age, I don’t feel the need to follow fashion or apologise for my catholic tastes, although I still refuse to allow Kathy Blake to play her Smurfs Greatest Hits CD on the way to away games…

And finally, my five singles and albums (a near impossible choice as if you ask me next week I’ll probably have a different answer!)