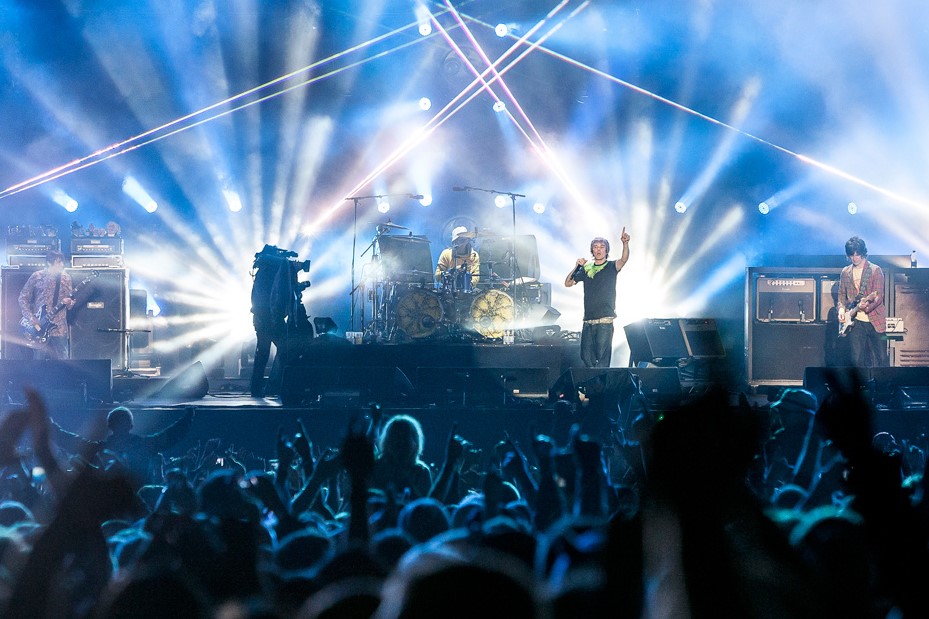 MFW MUSIC WEEK – the week that thinks it’s a fortnight. Our writers have thoroughly enjoyed it and luckily so have many of our readers. We have had some fantastic comments from all you lovely posters and covered so much of the musical spectrum it’s incredible. So, I guess the first thing to say is Thank You.

From a personal viewpoint, I have learned a lot. I had no idea anyone but me had ever heard (of) Man or Sam Apple Pie. Or that others rated the Rich Kids or The Faces as much as I do. I did not realise how good Echo & the Bunnymen actually were but thanks to Gary G I do now.

I didn’t previously understand that our very own MFW writer James Finbow was the wittiest man in Britain but after reading his *Wagner* comment he definitely is. Uncontested award winner. Sir, you put Mr Wilde to shame.

Equally, I didn’t appreciate that Rockin’ Robin has ostensibly much more cred than me.

We also attracted a couple of comments surrounding the wearing of high-heeled black leather thigh boots. I think I’ll leave the denouement to Stewart, Robin and Anita. It’s nothing to do with me.

Just about everybody who contributed admitted they had missed out on other bands they could have mentioned but there are quite justifiably editorial word restrictions, of course. My extras would have included Aztec Camera, Slayer, the Yachts, Ocean Colour Scene, Blondie, The Misfits, the MC5 and The Deviants.

I also should briefly consider some wonderful singles I still enjoy listening to occasionally: Summer in the City, 2-4-6-8 Motorway, Hit me with your Rhythm Stick, the Boys of Summer, Oliver’s Army and California Dreamin’. Even In Dulce Jubilo at Christmas.

I’ve never particularly been into anything goth or emo but I have to say the Welcome to the Black Parade album by My Chemical Romance is up there with the best.

The strange thing with our Music Week has been the missing persons. No real mention of Bob Dylan, although a certain Robert Zimmerperson did rear his politically correct head at one point courtesy of Mick.

Barely a sniff of Bruce Springsteen (who I like very much), nor any of those North American hair-rock bands (REO Speedwagon, Blue Oyster Cult, Rush, etc). No nods to Motown, a brief and justified acknowledgement of Northern Soul from Craig and absolutely nobody speaks of anything constructed after 2005. Which kind of tells its own story.

Quite a few of us seem to like the Roses, Bowie, Leonard Cohen and Led Zep. They would appear to be the common denominators.

When it comes to the Classics (okay mixed in with a bit of Beatles and Floyd thanks to Stewart) I think several of us subconsciously appreciate classical music more than we often publicly acknowledge. I know I do anyway.

This author played in a comedic punk band called The Bedsores in 1977 when all the members still had long hair, including me. We were useless, non-musicians in extremis apart from guitarist Dave and folded rather quickly. Although we got a few laughs along the way, which is was what it was all about for us. Remembering the words to She Was Only a Hot Dog Vendor (But She Meant Burger Roll to Me) and Mice Punk (we were naughty boys lyrically) was difficult enough, let alone singing them. Four gigs? Maybe five. London couldn’t cope with us.

It’s been interesting to discover that a few of our readers and writers have been in bands too. I’ve always thought football and music go hand-in-hand down the road and our little diversion here on MFW has served to prove it.

Growing up on the edge of East London in the 1960s there were the oft-mentioned three ways out of the reality of your situation: box, become a pro footballer or join a band. Lack of ability stuffed me on all three counts, so I had to get some form of education instead and take it from there. That’s why John Lennon’s Working Class Hero means so much to me. Even the UEA tolerated me. And, to a degree (ha!), I tolerated them with the exception of the vice-Chancellor. We despised each other didn’t we Vic?

So, a wonderful fortnight comes to an end – I think several of us are as happy reading and writing about music as we are football.

Now it’s back to the proper stuff and it looks like we’ve signed our first ever Argentinian. Different juices are starting to flow.

Looking forward to next season I can only leave you wonderful people with this: Good Times Bad Times.