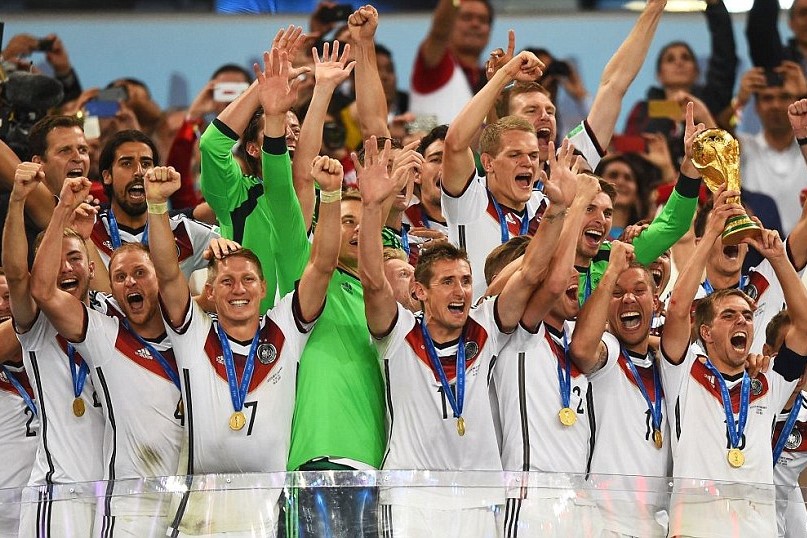 Just weeks after our Championship predictions were exposed as little more than random guesswork, the MFW team are putting what little credibility remains, on the line by offering up our World Cup forecasts.

For those who fancy joining in, the rules are simple.

We’re asking you to identify:

The highest score from the maximum possible 63 points, will crown MFW’s champion tipster.

But before sharing the team’s efforts, what else can we expect in the weeks ahead?

So back to the competition.

It’s hard to look beyond the bookmakers’ favourites when predicting who will lift the famous golden trophy on the 15th July.

Brazil will be boosted by Neymar’s timely return from injury and with the majority of their squad playing their club football in Europe, there should be no concerns about the South Americans adjusting to the host venues.

The main European challenge is likely to come from Spain, France and Germany.

All three qualified with ease but it’s probably the Germans’ uncanny knack of getting it together in tournaments that sees them as second-favourites.

Messi’s hopes of glory are reliant on an experienced but ageing Argentinian squad, finding a defensive resolve under new coach, Jorge Sampaoli, to match their undoubted attacking threat.

Ronaldo is another whose individual brilliance may not be enough to make up for the short-falls in the Portugal squad.

Belgium’s squad is arguably as good as any, but the nature of tournament football has been the undoing of more than one country’s ‘golden generation’.

And then there’s England.

A squad with the lowest average age and number of caps, is unlikely to suffer from the same weight of expectation as in previous tournaments and may benefit as a result.

Could football be coming home?

Anyway, for what it’s worth, here are the selections of the MFW team. 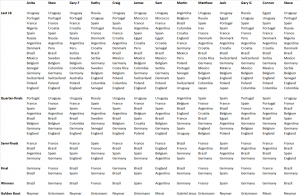 To pit your mystic meg skills against ours, simply add your selections into the comments below.

Footnote:
If any or all of the things listed at the top of this piece actually happen, each one will earn me a bonus point.