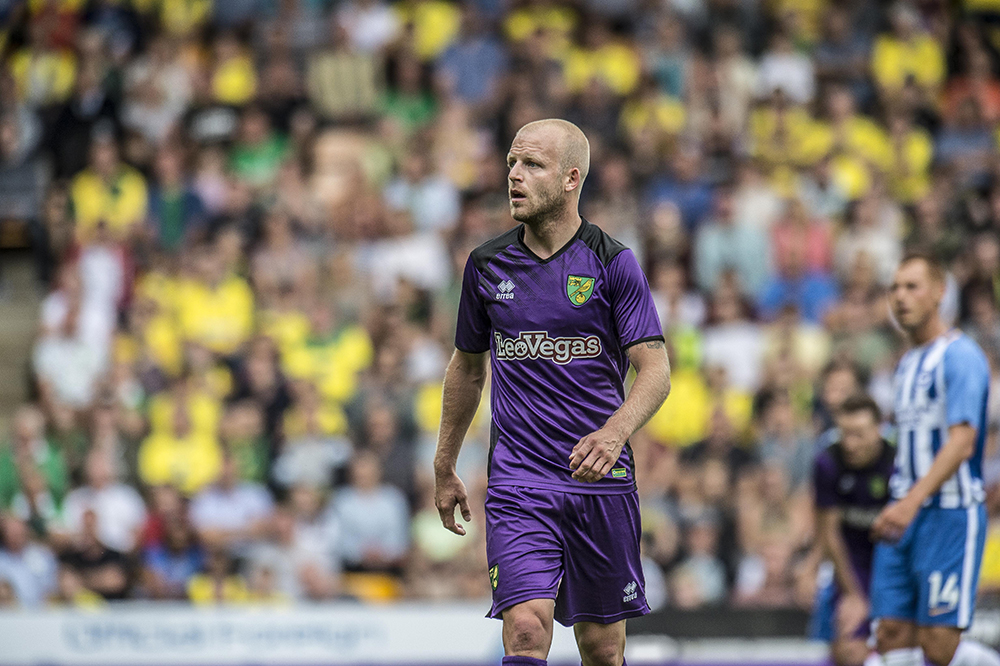 I’ve been thinking about writing this article for some time and simply not found the time, but the situation at Aston Villa gave me the final push I needed.

I’m finding myself more and more frustrated with the way money is impacting the game I love.

It’s felt to me that it’s been spiralling out of control for some time and perhaps Villa will be the turning point.

It all started when Sky started injecting huge sums of cash into the game. Only a fool would think this is out of the goodness of their hearts – it’s always been about return on investment.

The emphasis on the Premier League has always been too great and disproportionate, leading to a mad scramble to get at the money in order to compete with those already there and benefiting from its rewards. This is epitomised by the Play-Off final itself, where the difference between winning and losing is staggering. In Villa’s case could prove fatal.

Of course, Sky is only one small part of the mix. We now have BT Sport throwing money around and Amazon wading in too, not to mention international rights and sponsorship.

If managed more even-handedly it could be of huge benefit for the entire football league and even grassroots football.

If handled correctly it could see new tech allowing greater access to people online at accessible pricing, although I fear the live game may suffer a similar fate as the high street with online shopping. (Although watching live football is far more enjoyable than trudging round shops, well, most of the time at least!).

If you look at the teams in the Premier League, it seems the case that very few are actually stable for any length of time, the rest inevitably fall from their rise and end up in financial difficulty.

When you add to that mix, clubs being run in what are frankly unprofessional and foolhardy ways it becomes a toxic mix.

However poorly worded – and make no mistake it was – Delia and Michael’s article in The Times was, I’d like to think, their way of trying to convey this same point.

Football clubs are businesses. To my mind, they should be operated as such and they should have to be sustainable, to be ethical, to be fair, to be self-funding and to at least aim to break even without having to have huge amounts of cash injected to bail them out.

No other business would be run this way and if they did at some point they would fail when sales dried up or the investors failed to see a return on their investment. This is the crux of the problem at Villa – in essence, they adopted a high-risk investment strategy and it’s backfired and when it’s become obvious the return on investment isn’t there. The investors have essentially cut their losses. This may end up in a fire sale in the best case and liquidation in the worst.

And what of these so-called Financial Fair Play (FFP) regulations, I’d suggest that when a second tier club is being bailed out to the tune of £5-6 million pounds per month they’re not fit for purpose and are utterly farcical.

Surely it must be time for change. No longer should we make the Premier League prize so attractive that clubs are willing to risk all to get there and damn the consequences.

There must be new rules and regulations to ensure clubs are run fairly and sensibly. There simply must be increased checks on potential owners of clubs and their intentions and rules for how they inject cash into a club.

I don’t give a monkey’s where they’re from. I do, however, care about their behaviour and where their cash has come from and their intentions for the club they own. Private companies should practice ethically, we should all insist upon it both in and out of football. FFP should mean exactly that.

Alas, the vultures have been circling football’s carcass for some time, agents and players have been earning obscene amounts of money from it. I can’t say I blame them, but it’s more fuel on the fire of what used to be a game that felt accessible.

Along with new rules and regs I also feel like perhaps football needs to look at wage caps and wage structures within clubs and relate them more closely to their operating budget.

Another area of the game that feels like it is hugely out of control is transfers. Both in terms of fees for players and their agents. Transfers windows do not help this, they squeeze the activity and often lead to inflated prices and panic buying. It’s like a desperate parent trying to find that must-have toy at Christmas!

And this brings me to what originally made me want to write this article: Is about time we did away with transfer fees altogether?

‘You’re crazy’ I hear you say. Well. you wouldn’t be the first to say and I’ve most certainly been called worse, but think about it for a second.

Imagine, instead of huge transfer fees players simply negotiated a contract with a club with an agreed notice period. The notice period could change depending on the length of the contract or the importance of the player, for example.

Detractors will say that it would leave clubs too exposed to change, but that again depends on the contract length and notice period. Or perhaps that transfer fees are essential for smaller clubs to make money, but again I’d argue that is better solved with a fairer distribution of wealth.

Perhaps clubs should have stricter rules on their squad sizes and proportion of players that are available to the first team. Perhaps they should have to have a certain percentage of youth players in that squad.

What really saddens me about all of this is that it’s fixable. If only the will was there.

It will never happen, the status quo is too ingrained, too many would stand to lose too much cash and sadly their influence reaches beyond football into global politics (I’ll stop short of debating neoliberalism), but it’s certainly food for thought.

My fear, however, is that the beautiful game has been irrevocably changed by something far more ugly.

I should say that I don’t think money has been all bad for the game, far from it, but things are out of control. Football is also far from the only area that needs looking into either, ticket touting being another personal bugbear of mine – another area that needs dramatic change.

So what do you think? What measures do you think are needed? What changes would you like to see happen?  Or are you happy with the way things are? I’d love to see your thoughts comments below.