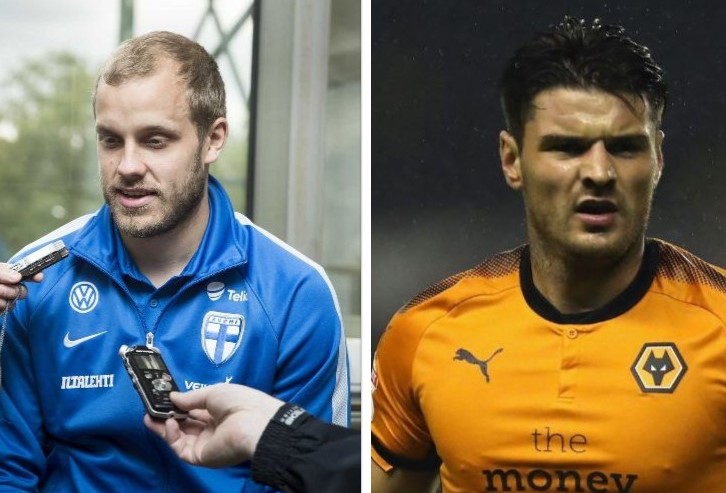 That was some Saturday. For every World Cup humdinger, there was a new City signing. At one point it looked as if from midday onwards we were going to be fed a new signing every two hours.

But it was just the two in the end: Teemu Pukki, who I’d never heard of, and Ben Marshall. who I had.

In fairness, we pretty much knew that Marshall was one his way – Twitter was awash on Friday with City and Millwall fans going toe-to-toe on which direction he should be heading – but the 11:55 tease followed by the 12:00 announcement of Pukki caught everyone off guard. Even Nick Mashiter!

Mashiter, if you’re not aware, is the press equivalent of that bloke at work who knows everything; the one who sidles up to you at the drinks machine and out of the corner of his mouth quietly delivers news on who’s about to be promoted and who’s about to get the P45. And he’s always right.

That even he didn’t get a whisper on Pukki’s arrival speaks volumes for how the club went about their business on that one.

So, Teemu Pukki… what do we know?

Well, he’s Finnish, he’s 28, has a receding hairline (✔), has been around the block a few times, has a domestic goalscoring record of 1 in every 2.94 games and, until yesterday, played in Denmark for Brøndby.

Along the way, he had a one-season stopover at Celtic – ironically as a replacement for the departed Gary Hooper – and it was with great delight that their fans took to social media yesterday to tell us that he was “pish”. It’s not a compliment.

It was thoughtful of them but I think on this one we’ll make our own minds up. For starters, it’s a free transfer, so the financial outlay won’t be huge but more pertinent is his time at Brøndby where he garnered the reputation that caught the eye of City’s scouts.

I’m no expert on Danish football but a goal in nearly every other game is decent and, perhaps even more relevant in the circumstances, is that he has built a reputation for his clever movement in and around the box – something that is an absolute must in the current set-up.

Daniel Farke reiterated this point on the club’s site yesterday and spoke of a “technical player with really smart movements” and someone who has a happy knack of making “runs in-behind” – both big ticks in the box. That he’s “a brilliant character” – a trait that Stuart Webber and Farke value highly – is a bonus.

So, as with every new signing, we wait and see. Some were quick to express their disappointment, and that’s fair enough if you’re happy to believe the gospel according to the Bhoys, but Pukki deserves his chance along with our unequivocal backing.

Ben Marshall’s arrival was of a slightly different ilk. His name had been in the frame for the best part of a fortnight when it was first rumoured that City had joined Millwall in a two-way battle for his signature.

Reports that he was happy to return to Millwall, where he successfully spent the second half of last season, were probably on the money but with up-front cash in the bank from the sales of Maddison and Murphy, it looks as if City’s greater financial muscle (relatively speaking of course) helped seal the deal.

Precisely where Marshall fits into the side will only become clear once a ball has been kicked in anger, but with Wikipedia citing him as a winger/full-back (Wikipedia being about as reliable as the Bhoys’ gospel), it seems okay to assume he’ll be a perfect fit for the right wing-back role if/when Farke decides to go with a back-three.

He’s also one who has been around a bit and, if you include loan spells, City is his tenth club. Along the way, he crossed paths with one Paul Lambert, who was so impressed with what he saw at Blackburn that, once he had taken up the reins at Wolves, he signed him again. And Lambert knows a player when he sees one.

On the face of it, he appears a good fit (I thought the same of Marley Watkins mind you) and, like Pukki, deserves his shot at success in a canary yellow shirt.

So, whisper it quietly, but the business done so far looks pretty good – well, on paper anyway.

The signing of Mo Leitner was one I didn’t expect – certainly not on a permanent deal – and proves definitively that I don’t know what the hell I’m talking about. I mocked those who demanded we sign him as I could see no way of affording a player of his like within the current financial structure. But I was wrong – thankfully.

He’s quality, one who always has loads of time on the ball, and to have him plonked in the centre of our midfield – either sitting deep or in a more advanced position – has filled part of the creative void left by Maddison.

I’m not expecting too many more incomings but, working on the basis that Nelson’s bottom lip still appears to be doing its thing, maybe another striker in the squad wouldn’t be such a bad idea.

We’ll find out soon enough – within the next 39 days in fact.