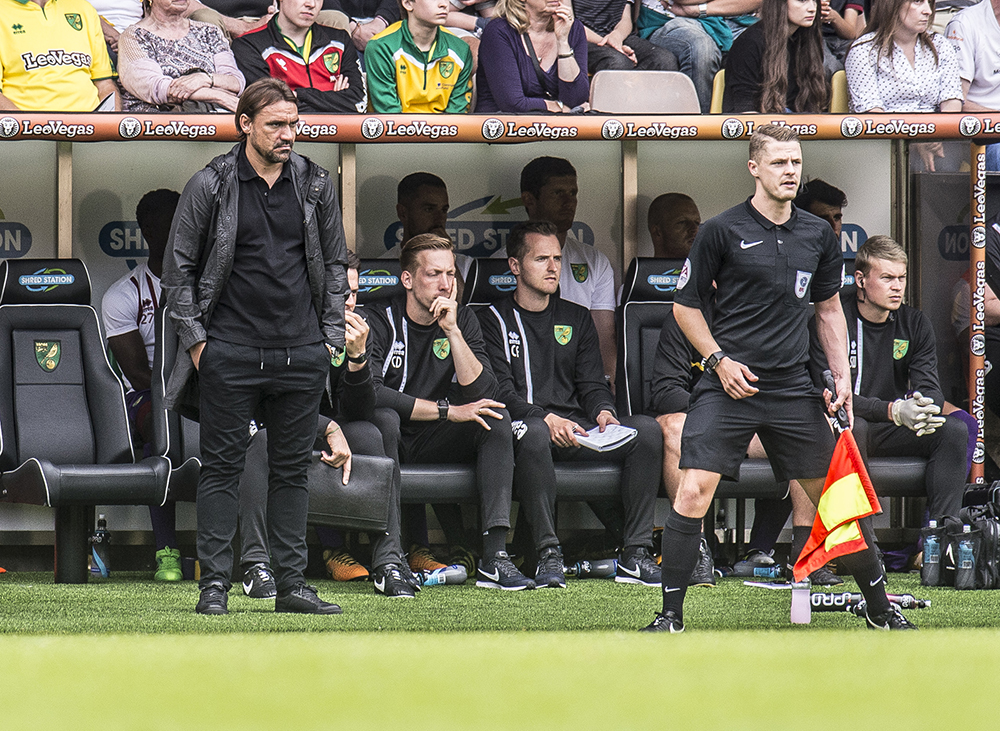 I think it was only two weeks ago that I made the rash statement in a comment on MFW that whoever was coming into NCFC, I wouldn’t have heard of them. It was my bad because that remark was off the cuff and turned out to be untrue. I’m surely excused Moritz Leitner. I’m absolutely delighted to see him back by the way.

We all know who Ben Marshall is. As a writer elsewhere has said. he won’t turn us on like a flying Murphy but is hard, steady and will do a job away at [insert club of your choice] in January. You simply don’t play for Millwall if you haven’t got the cojones. We wanted him, and it really seems that he wanted us. We still have the (in my opinion) underrated Ivo Pinto. Right-back more or less covered.

So on to the Finnish guy. I’ve got several Celtic mates and one of them, James, tells me he was an absolute pair of Y-fronts at Parkhead. So, I’d kind of heard of him before. He’s done well for Brondby, is on a free and yet another gamble. The only thing that bothers me is that Jamie tells me Pukki translates from the Finnish into “Goat”. I seem to recall one of our regular MFW commenters disparaging capricornian beasts very recently, so we’ll hope for the best on that one I guess.

So where do we go now? I reckon one more striker – with hopefully Nelson to go offshore to finance it. Then we come on to the real issue. Well, it is to me anyway.

The keeper. Come on everyone, this issue needs addressing. If Remi Matthews starts and Michael McGovern squeezes the last from his Premier League contract to be bench-man we could just about get away with it. Maybe.

But without Angus (just like Fraser Forster in his heyday) coming out to collect corners and crosses, I reckon we could be in serious bother. That’s my missing jigsaw piece. I haven’t seen enough of Remi to judge properly but that calm presence of Angus Gunn saved us on several occasions last season. He will go to the very top and by that, I don’t mean the rumoured Southampton move. He will outgrow them just as he outgrew us.

Fonkeu and Abrahams? If they were going to make it, they would have done so by now. It’s not happening. Sayonara.

Carlton (Morris) is crocked and nastily so. I’m not totally convinced he would have got a long-term run in the team this season anyway. Poor $od.

And now for some good news. Celtic mate Jamie tells me Kenny McLean is something special in that he was a player the Hoops feared. An unusual confession I can assure you. He (apparently) doesn’t have a real turn of speed but reads the game like the rest of us would a “puzzlebook on holiday”. Jamie’s words, not mine.

July will pass just as fast as lightning.

But one thing I am pleased about is that even under horrendous financial circumstances (let’s not start) we have got our business done early and our quartet of imports at least seem to want to be here.

We are not going to achieve promotion this coming season. Sorry folks; we are not. But 2019-2020? It’s possible. As long as we retain Stuart Webber because if we don’t we’re stuffed. Farke? My twelfth share of the jury is very much out. We’ll see.